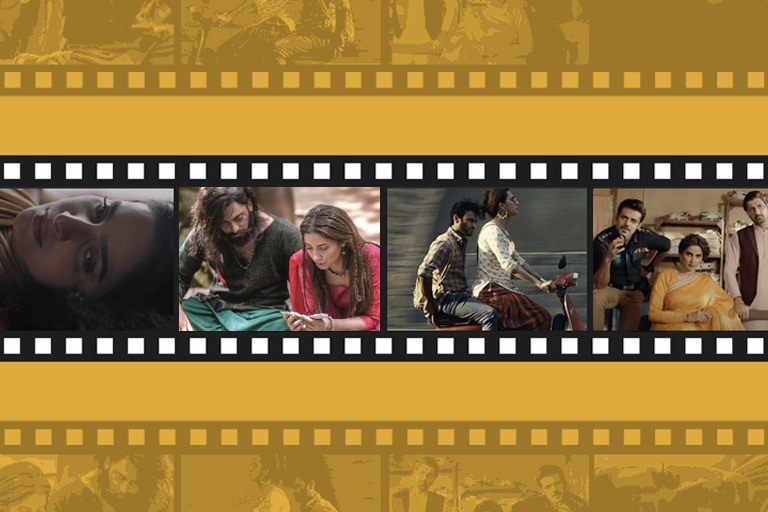 KARACHI: As the year comes to an end, we are tempted to revisit the best things to have come out of it. And of course, amongst the highlights of 2022 is the long list of films that Pakistan finally released. While some had been waiting for COVID to exit our lives before they could cinemas, others had been halted due to reasons known only to the teams. Be it family movies like Dum Mustam, Ishrat Made in China or Tich Button, or the more message-oriented Parde Mein Rehne Do and Quaid-e-Azam Zindabad, Pakistani cinema had a little bit of everything to offer this year. Even included in the list were action films like Zarrar and mystery thrillers like Chakkar. Certain movies like Javed Iqbal: The Untold Story of a serial killer never made it to local cinemas but continued to win on international platforms. With 2022 being the year of Pakistani cinema after what seems like forever, here are our favourite picks from the releases this year.

The first wave of major Pakistani films being released of course came with the first Eid of the year. A popular time for new releases and often when people get the opportunity to step out of their homes, Eid-ul-fitr witnessed the release of at least four local films. And Saqib Khan’s Ghabrana Nahi Hai made sure to stand out. Starring Zahid Ahmed, Saba Qamar and Syed Jibran in key roles, Ghabrana Nahi Hai presented just the right blend of drama, suspense and entertainment. Qamar, as always, proved why she belongs to every kind of screen there is while the male leads impressed with their big screen debuts. The film, though not perfect, had multiple layers, was genuinely funny at most times, relatable and provided an escape from the otherwise mundane storylines and abuse our audiences have to witness every day.

Pakistani witnessing the release of a Sarmad Khoosat film was long time coming. With Zindagi Tamasha banned in the country, fans were eager to watch the filmmaker work his magic. And he did just that in his June release, Kamli. As luck (or talent) would have it, Saba Qamar was one of the main leads for this film as well. In simple words, Kamli is a haunting watch. Unlike many Pakistani films, it speaks the loudest in its most quiet moments. Its characters do most of the talking with their bodies and expressions. Nimra Buccha and Sania Saeed, of course, are both powerhouses performers and brought the same aura to the big screen. Hamza Khawaja impresses as a debutant while the music of the film is a treat on its own. Kamli is an intricate web of stories that run parallel and are laden with symbolism. Just when you think you have understood what the movie is about, the plot twists and everything begins to fall into place before falling apart again, leaving you absolutely shocked.

If there is one film that has made Pakistan proud throughout the year, it is Saim Sadiq’s Joyland. From becoming the first Pakistani film to be nominated and also win at Cannes Film Festival, to becoming the country’s official entry for the 2023 Oscars, Joyland travelled to TiFF, BFI, Sydney and North America, amongst other places, before finally coming home. And its release in Pakistan wasn’t the smoothest one but the team’s perseverance combined with the public's support allowed for the film to release in local cinemas last month.

Joyland may not have landed in Pakistan under the most ideal circumstances. Between Punjab banning the film and other censor boards axing out major parts of it, local audiences have been deprived of enjoying the movie in its entirety. Yet, Joyland manages to leave a mark on its viewers. If you ask us, what is Joyland about? The answer is simple. Joyland is about the people of Pakistan. It is about the streets of Lahore that narrate tales of love and deceit as day turns into night. It is about the way we treat people who do not conform to societal standards. It is the about the ridicule we subject marginalized groups to, only because we consider ourselves to be superior. Most importantly, Joyland is about seeking ourselves after getting lost in the noise around us.

The Legend of Maula Jatt

It only took a little around ten years for The Legend of Maula Jatt to finally get a release date but once it finally hit local and international cinemas in October, there was no stopping the film. The re-telling of Yunus Malik’s 1979 cult classic Maula Jatt features quite a star studded cast which includes the likes of Fawad Khan, Hamza Ali Abbasi, Gohar Rasheed, Mahira Khan and Humaima Malick. The Bilal Lashari directorial has become the highest grossing Pakistani film with a total of Rs. 230 crore and counting made worldwide in less than two months.

The Legend of Maula Jatt has shown exactly what Pakistani cinema is capable of. It also brought to surface the likes of Faris Shafi who ruled the big screen like no other while Hamza Ali Abbasi remains the most praised actor from the film. With uncut versions of the film releasing in the UK only a few days ago, the film has found a fanbase all over again. Safe to say, the world will not be forgetting The Legend of Maula Jatt anytime soon.

Straight from the set of Ghabrana Nahi Hai