In pursuit of Joyland 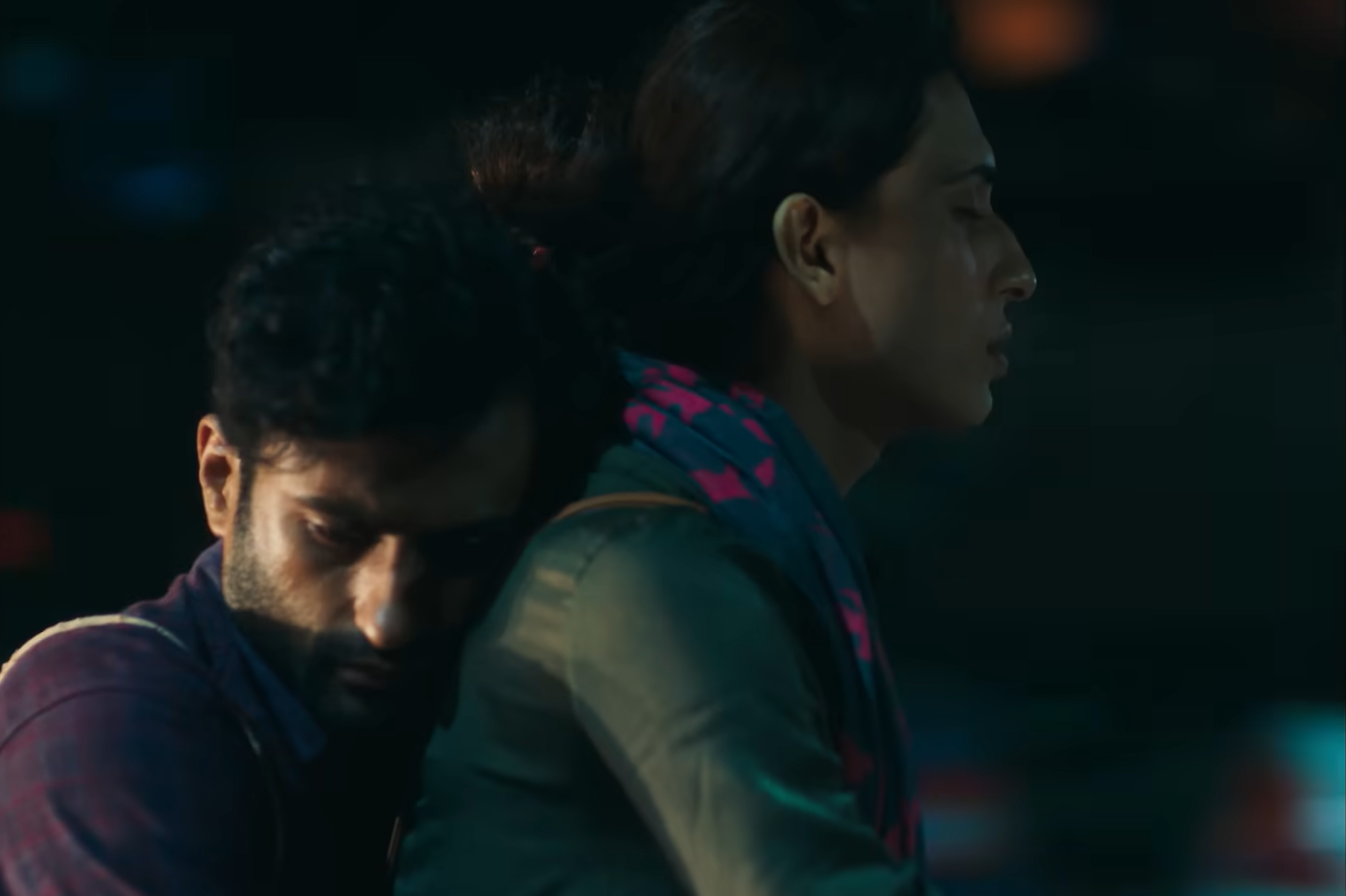 KARACHI: The city seemed to be in a rush as November 18 approached. There was a sense of urgency to reach cinemas before the local government decided to ban a film that has brought Pakistan international fame time and again. After all, Punjab had decided to halt the release of the film just hours earlier. The battle felt like a personal one. It was about more than just getting a movie to play in its home ground. It was a fight for the country and its people, specially its artists, who deserve better. Who deserve joy.

One would think that after all the anticipation, pre-booking tickets was an obvious choice. Except that when half the country seems adamant on boycotting a film, the thought does not cross your mind. Who shows up to a 6 pm show on a Friday anyway, right? The night is still very young by Karachi standards. So you find yourself at the ticket counter minutes before the show starts only to find out that it’s sold out. But you must watch the film. Tonight. So you rush to the next show available, even if it’s starting in 20 minutes. On the other side of the city. You go.

I’m not going to give much away about the movie because the story is one which deserves to be told by only the team that has put it together. Every scene has a story to tell on its own, each sequence carries the weight of numerous secrets and questions which might never be answered. If you ask us, what is Joyland about? The answer is simple. Joyland is about the people of Pakistan. It is about the streets of Lahore that narrate tales of love and deceit as day turns into night. It is about the way we treat people who do not conform to societal standards. It is the about the ridicule we subject marginalized groups to, only because we consider ourselves to be superior.

Most importantly, Joyland is about seeking ourselves after getting lost in the noise around us. It is about the desperation to find the balance between what you want to do and what should be done. Either way, damage will be caused. The movie allows for lots of on-screen silence, meant to be filled by the viewers’ own thoughts. Depending on your age and family structure, you might find yourself relating to the vibrant Nucchi (Sarwat Gilani) who fills up the room with her bright smile and sparkly eyes but her silence speaks even louder. Or you might see yourself in the more composed yet joyful Mumtaz (Rasti Farooq) who has dreams and ambitions yet somehow remains invisible for many. You might see your reflection in the way Rana Sahab (Salman Peerzada) refuses to make eye contact or the soft yet brave Fayyaz (Sania Saeed) who can’t look away and whose minimal presence will haunt you long after the movie ends.

When it comes to the theatrics, Joyland is a fairly simple film. There are no lavish props or costumes, nor any elaborate dance sequences. There is no scenery to appreciate. Rather, the magic of the film lies in how familiar it is, how its characters dress just like most of us, how they discuss the possibility of buying a new AC over lunch or how arrangements need to be made for the father to be taken care of before the children can go out for one night. We don’t see characters screaming at each other to make their point, there is no physical violence.

Now, to address the elephant in the room. Does the film promote homosexuality? To no one’s surprise, it does not. Does the film encourage a certain kind of sexual orientation? Absolutely not. Does it glorify extramarital affairs (as some viewers believed it did)? No. The film is for adults but as mature audiences, we should also be ready to be made uncomfortable with our ways. We should have the courage to look at a reflection of ourselves and a society that we have created.

So many people were critical of Biba’s character even before watching the movie. But if there is one actor who shines bright, it is Alina Khan. The confidence with which she plays the role of Biba, the absolutely fierce attitude that her character has will leave you in awe of Alina and Biba both. If you have met Alina in person, you would know that she tends to be a little shy and softspoken. Biba, on the other hand, would not flinch before pinning a fully grown man against a wall and daring him to take his pants off if he was so interested in finding out what is under her pants. “Call me madam, not Biba,” she instructs her dancers while leading from the front. In the more hushed moments, she is also tender and someone who has a lot of love to give.

Haider, on the other hand, is a lot quieter. Ali Junejo beautifully portrays a man who is torn between being who he is and who others want him to be. His eyes convey the guilt yet helplessness he experiences. His defeated body language lets viewers know that what is about to happen probably won’t be easy to watch, yet alone experience. As a human, he does not always make the right choice but he has the ability to speak his truth. Even if it is in a hushed voice. Even if it is only to one person. He speaks his truth.

To address another major concern for most Pakistanis, how much of the film has been edited out by the censor board? Well, we won’t know unless we get to see the original version. But bringing a movie like Joyland that sets out to hold up a mirror for our society, one couldn’t have expected for the film to run in our cinemas without any edits at all. However, what exactly categorizes as ‘inappropriate’ for the censor board is difficult to put a finger on. Sure, an intimate scene may have been edited out but then why was a hug between a husband and a wife blurred out? Are Pakistani heterosexual couples who are married in every sense of the word not meant to show affection to one another as well? A few words and dialogues were censored for reasons only known to the board. Quite evidently, important chunks of the film were completely omitted leaving audiences confused and trying to connect the dots. But again, did we expect to have the same experience sitting in Cinepax in Karachi as perhaps those at Cannes or TiFF or BFI? No, we did not.

To sum up most of Karachi’s experience, if I may, was watching Joyland a perfect experience? It wasn’t. But for once, it felt like the whole act was about more than just watching a good movie. It was a fight to bring art home. A stepping stone into creating a society that lets filmmakers flourish. So what if we did not have the same experience as those in international festivals who watched the film in all its glory? Joyland belongs to Pakistan. The team was the most excited about bringing it home. So what if we were deprived of the magic in its entirety? As Pakistanis, we have learnt to keep our expectations low. But what we have not learnt is to give up. For once, audiences are ready to stand by a film that brings them no personal gain. It is a film enthusiast’s nightmare to witness the most critical points edited out. But we will live with it. We will go watch it on a bigger screen in a better cinema for a second time if need be. But this weekend has been about showing up. For our artists. For ourselves. For those who never make it to the big screen in usual circumstances. For the stories that live within us. For the stories that are aching to be told. For the stories that are ours to narrate to the rest of the world.