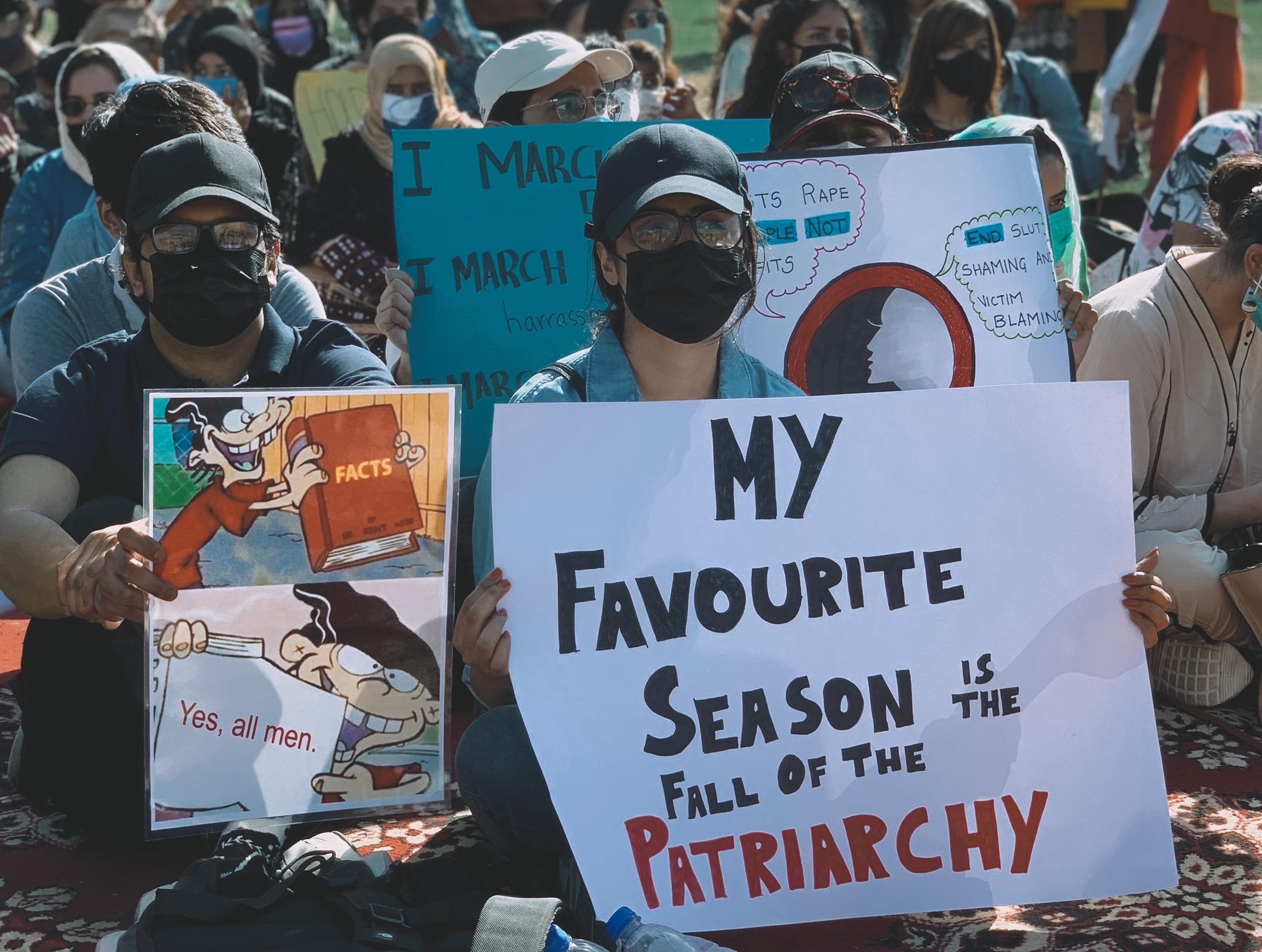 KARACHI: Aurat March 2021 took place on the 8th of March, that is, International Women’s Day. In a recent turn of events, it has come under fire after a doctored video of their organizers chanting for women’s rights and freedom has gone viral, accusing the event of inciting blasphemy. Aurat March itself, along with politicians like Jibran Nasir, was quick to clarify their stance, and share the unedited, original videos.

Feminist journalists and allies strongly condemn the false and malicious campaign against Aurat March organisers and participants; demand apology and retraction from those spreading disinformation. Share and sign:https://t.co/wDfLF7aEN6#JhootBandKaro #StopLiesAgainstAuratMarch pic.twitter.com/5f54xfNLWi

On numerous occasions in the past, Aurat March has faced criticism and hate for its slogans, however, the recent hate campaign has been rather drastic in the majority’s opinion. The organizers have come forward, sharing a series of clarifications.

In their caption, Aurat March put forward their pointers in these words, “The Aurat March faces severe backlash every year. Our videos and posters are targeted and manipulated, spreading misinformation and maligning the March. This year, one of our videos was doctored and heinous allegations are being placed on us as a result. Misinformation is the tool of those individuals and groups who seek to weaken the feminist movement and silence the voices of those who are marginalized. Their attempts do not and will not deter us. We will continue to organize and speak out against the violence we are subject to. We will continue to build political power and fight back.
Here is the original slogan, here is our real voice.”

Another incident of blasphemy accusation on the Aurat March came after a blanket, where sexual abuse survivors wrote their stories, was misinterpreted. A survivor from Lahore wrote how she was harassed by her Qari Sahab at the age of 9, the latter being 50 years of age. “I was silenced but his voice still echoes from mosques.” The incident was connected to Islamic history and once again painted as blasphemy.

Journalists like Shahzeb Khanzada also clarified several motives of the Aurat March and put forward the naked truth pertaining to the ongoing scenario.

In addition, the most trending hashtag on Twitter at the moment is #ApologizeToAuratMarch. Jibran Nasir took the podium to showcase his allyship to Aurat March with the following Tweets:

He also showed surprise at the fact that people considered Aurat March an allegiance to France.

Why were they raising France's flag at #AuratMarch? THEY WERE NOT!!! Participants in Islamabad raised the flag of #WomenDemocraticFront which was formed in March 2018. French flag is Blue White Red & WDF flag is Purple White & Red. What do they stand for? Follow @wdf_pk pic.twitter.com/UlFvc3xWSy

In their statement in support of the Aurat March, Feminist journalists and allies have strongly condemned the false and malicious campaign against Aurat March organizers and participants while demanding apology and retraction from those spreading disinformation. “Journalists need to fact-check and verify any fact, media, or source they use in their journalism, and journalists and anchors on social media need to fact-check and verify any information they share on social media. However, instead of attempting to verify the false information, doctored videos, and misleading media, certain media practitioners chose to share them without verification and by doing so, gave misinformation and deliberate disinformation credibility. Their actions have led to threats and incitement against the organizers. Their irresponsible actions and lack of journalistic acumen has put Aurat March organizers, participants, and supporters at great risk.”

Imagine hating women so much *you* start insulting the God and Prophet (pbuh) you claim to love so much in order to get them killed.