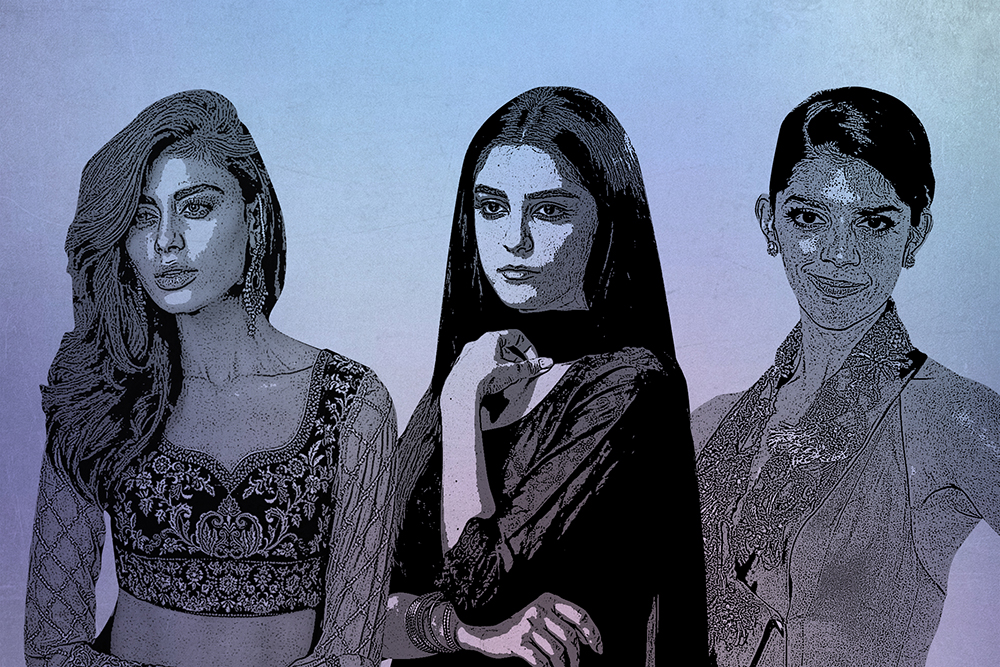 KARACHI: Feminism is constantly called a Western concept which is why many women in the subcontinent think it has nothing to do with them. Famous women, like Kareena Kapoor, Sanam Saeed, Anoushey Ashraf and countless others have either been too scared to admit that they are feminists, been too ignorant to understand that they are feminists even if they say they aren’t, or have shrugged the topic off as if it doesn’t concern them. And there are countless other examples of famous women thinking that they have no responsibility in upholding the feminist movement.

For instance, Sadaf Kanwal recently mocked the #MeToo movement when PPP chairman Bilawal Bhutto Zardari was harassed in public; Maya Ali stood by an alleged sexual harasser, Ali Zafar, instead of lending support to her fellow peer, Meesha Shafi (so do actresses Resham and Meera who we are pretty sure must have seen the creepy under belly of Pakistan’s film industry), and fashion designer Shehla Chatoor has said she “doesn’t believe in feminism” as if it’s some supernatural phenomenon. And let’s not forget all the famous women who simply stay mum when it comes to standing up for women’s rights in the country.

1. You are free to wear the clothes that you wear

Choosing what you want to wear is a HUGE privilege in Pakistan, where not too long ago, social media star Qandeel Baloch was murdered for dressing provocatively, among other reasons, all related to her gender. Your crop tops and backless gowns on the red carpet are a privilege that you haven’t even fought for. It is because of feminism that some women in Pakistan are free to wear whatever they’d like to wear (There are still some countries that deprive their women of their right to choose their attire, such as Saudi Arabia and Afghanistan). Sadaf Kanwal, the next time Pakistani society gets worked up over your see-through shirt in a photo-shoot, you can tell them, and rightly so, that women are free to do as they wish, whether it’s covering up or not, because of a socio-political movement that gives women equal rights.

2. You are raking in millions through your work

Has anyone ever tried to buy a Shehla Chatoor ensemble? I haven’t. Not only because it’s not my style but also because her clothes are ridiculously over-priced. She’s a favourite on the red carpet for several female celebrities, including the likes of Ayesha Omar, Saba Qamar, Kiran Malik and many others. Shehla, did you know that women all over the world are subjected to unequal pay? Would you be okay if male designers were being paid more than you for doing the exact, same work? The fact that you even have a career of your own choice is a privilege. Countless women in the country aren’t allowed to get jobs because of their gender and the fact that women like you aren’t advocating for their right to work, because feminism to you is like a ghost that may or may not exist.

3. You went to private schools

Let’s see the numbers of girls who are restricted from getting an education. Female literacy in Pakistan dropped down from 60% to 58% last year, as reported by The Express Tribune. Let’s dig a little deeper. Take Sindh for example (because several famous female celebrities are residents of Karachi): In rural areas, only 19% of the female population is literate, while 65% of women are literate in urban areas. We aren’t even talking about education here, only literacy, which means that these women can perhaps read and write. Can you notice the glaring difference? Elite, urban women have more opportunities to get an education. The women who are working in your homes as maids or cooks do not have the same access as you do. So the next time someone asks for your thoughts on feminism, Sanam Saeed, perhaps be a little mindful of your privilege and don’t call feminism “overrated”? And also remember that feminism isn’t just a “bra-burning, man-hating, and under-arm hair growing phenomenon,” it’s also about trying to get women educated.

4. You have free speech

You know those Twitter/Instagram/Facebook accounts that you have where you post anything that comes to your mind? That’s a privilege too. Khadija Siddiqui dared to question the legal system when her assailant, who stabbed her 23 times in broad daylight, was exonerated of all charges. In return, lawyers and judges questioned Khadija’s character for having male friendships in her life. Please note that the man who stabbed her wasn’t questioned for being a murderer. Because having male friends is worse than being a murderer in this country. And speaking up about it means that you deserve to have your character assassinated by the very people who are meant to protect you.

Also, women are killed just for answering back to their in-laws, their husbands, their fathers. Being able to speak freely is an absolute privilege.

Did any of you have to get married to an 80-year-old man when you were only 15? Or have you had to see women around you endure marital rape because they were married off to men against their will and now have to sexually satisfy their husbands without consenting to it? If you have the privilege to choose to stay unmarried till the age of 30 and beyond, a cardinal ‘sin’ for most women in Pakistan, and have the right to choose your own husband, how can you say that feminism doesn’t concern you? Feminism is about choice.

Maybe I’ll stop here for now because I could keep going on and on about privilege; of how you don’t have to stand in lines at the bank (BTW some banks now request women to take a token and wait their turn just like everyone else) or how you haven’t been a victim of rape, acid-throwing or the countless other human rights violations committed against women in this part of the world. When you say that you aren’t a feminist, it basically translates to this, that you simply don’t want to fight for others to have the same rights and opportunities that you enjoy and that is just depressing. Because if rich, successful and famous women won’t help other women, what can we expect from men?