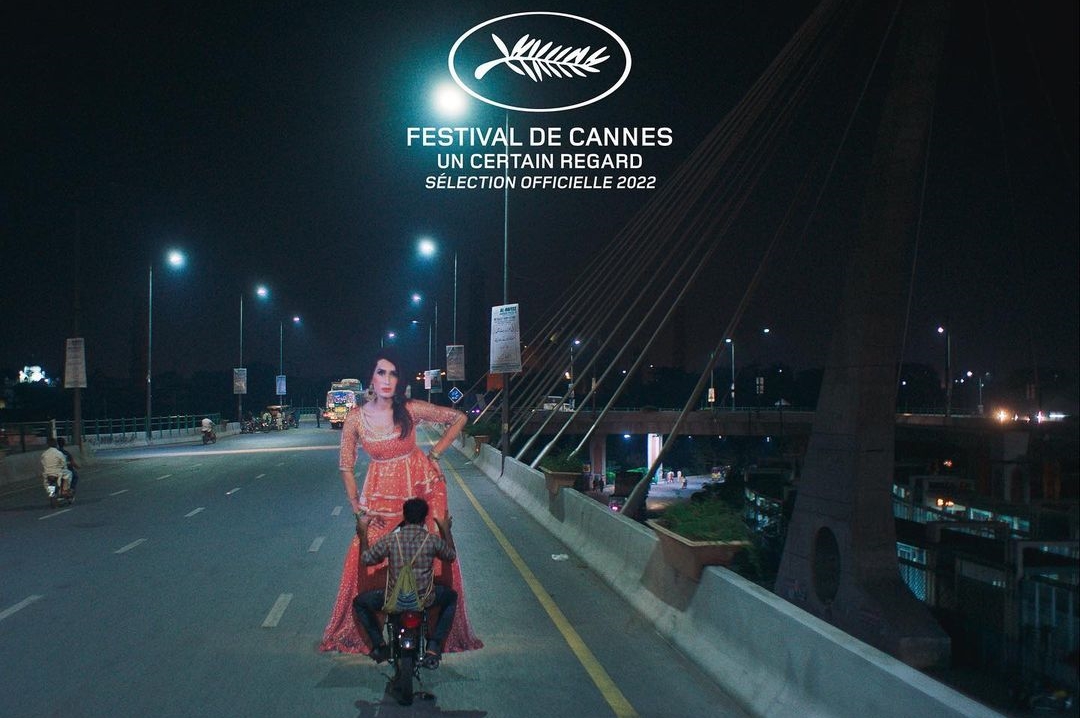 KARACHI: Pakistan was in for a treat as Cannes Film Festival revealed its selection for its 75th edition. Saim Sadiq’s Joyland was on the list, making it the first movie from Pakistan to be nominated for the prestigious film festival. While not much was known about the film, film enthusiasts and celebrities alike rejoiced over the news. Now, team Joyland has finally shared the first look of the film.

The poster reveals a trans character from the film, along with acknowledging the film’s selection at the Cannes Film Festival. “I am so excited to share the first image of Joyland and deeply humbled that the film is going to have its world premiere at the 75th Cannes Film Festival. Virtual hugs for my cast and crew who deserve this moment and so much more,” wrote writer and director Saim Sadiq as he introduced the team behind the film.

Sarmad Khoosat, who has produced the film under the banner of Khoosat Films, took to Instagram to share his excitement as well. “This is a win for all of us – our supremely gifted and dedicated team as well as the whole country. There’s so much more that I want to say but I’ll do all the gushing and emotional outbursts another day. Pakistan Zindabad,” expressed Khoosat. He also shares the honour of producing the film with Apoorva Charan and Lauren Mann.

When we talk about young, inspiring artists making Pakistan proud, it is almost impossible to not be reminded of Abdullah Siddiqui. From serving as the associate producer for Coke Studio season 14 to collaborating with some of the biggest artists of the country, Siddiqui has been on a role. Hence, it was of little surprise when the musician revealed that he has provided the original score for Joyland as well.

“I’ve always wanted to do the music for a film but I never thought I’d be lucky enough to get to do the music for what is (a) I think the best Pakistani film ever and (b) the first Pakistani film ever to premiere at the Cannes Film Festival,” shared Abdullah. “Saim Sadiq you are a once-in-a-generation genius and I cannot thank you enough for letting me be a part of your masterpiece.”

The cast for Joyland includes Sarwaqt Gilani, Sania Saeed, Sohail Sameer and Alina Khan amongst others. The film will premiere at the Cannes Film Festival next month.