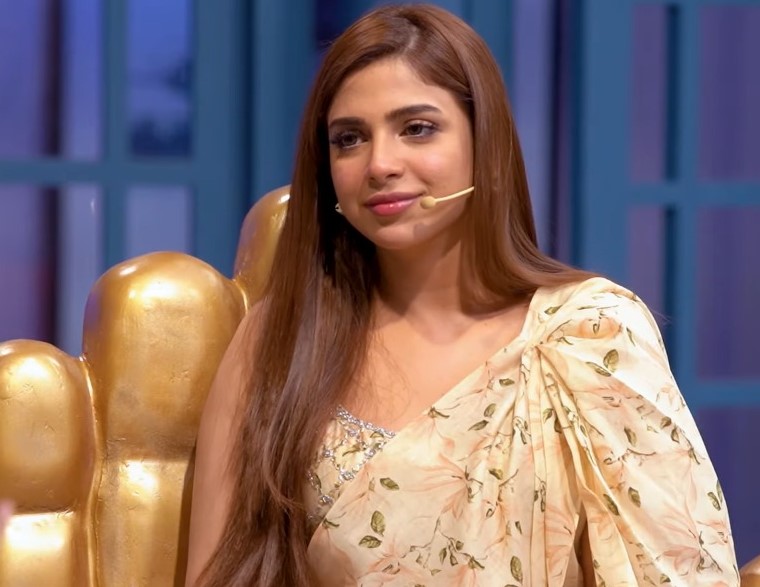 KARACHI: Celebrity feuds in the industry are rare. But when they do happen, they drag on till the end of time. And that is exactly what is happening between Urwa Hocane and Sonya Hussyn and caught in the middle of the two is their movie Tich Button. As their back and forth continues, Hussyn has clarified her stance on the issue of non payment for her role in the movie and why she sent producer Urwa Hocane a legal notice.

The feud dates back a few years, when Sonya Hussyn made a shocking revelation that she wasn’t paid for her role in Tich Button. Two years worth of delays later, the movie finally got a release date but the release was plagued with more drama. Just days before the premiere, it was reported that Sonya Hussyn sent Urwa Hocane a legal notice demanding she be paid within two weeks for her role in Tich Button.

When asked about why she was sent the notice and whether the two actors actually talked about their issues, Hocane claimed she had no idea about any legal notice and that if Hussyn wanted to clear the air, she is a phone call away. Now, it seems as though Sonya Hussyn is ready to say her bit.

In an interview on the same show that Urwa Hocane was on, Hussyn was asked by host Hassan Choudary why she was not a part of the promotions for the movie and she confirmed what most people had rightly assumed. It boiled down to the payment dispute. While talking about Tich Button, Hussyn said, “Sure it was a good time but it happens sometimes that you and another person don’t have chemistry. So when the vibe does not match, I try to keep a bit of a distance.” She went on to say, “Yes I am in the film but you don’t want to own a film unless you are satisfied with your character. Of course a lot of hard work has gone into the film. My personal reasons don’t mean that the film is bad, it is a very good film and people will really enjoy it.”

When asked why she sent Hocane the legal notice and not anyone else, Sonya Hussyn explained that her contract for Tich Button was with Hocane and the other producers joined in later on. She clarified that Farhan Saeed was not a producer of the movie and that ARY were just the distributors and thus, they had no bearing to her non-payment dispute.

Hassan Choudary asked whether she tried to reach out to the crew before the notice was sent out, Hussyn claimed she did, many times, in fact, “This isn’t a fight. It is just the right approach, when your voice isn’t being heard or your team is being insulted or your phones aren’t being answered. So this was the last resort.”

Then why did she wait two years to send out the notice? She explained that her lawyers had advised her to wait in hopes they eventually do pay her. However, when the movie was on the brink of release and promotions were in full swing, that’s when she took action. Especially since, she said, it was made to seem that she didn’t care about the movie and was vacationing instead of promoting the movie, “Once the movie is released and the time lapses, what will be the point then?”

She also alluded to the fact she wasn’t concerned whether her part in the movie would be edited out as a result of her decision. Sonya Hussyn is more than happy to be a role model for other people in the industry if they face the same issues. She did reveal that her legal notice did have impact and the lawyers are in conversation over a settlement, something that she says could have been done much earlier to avoid the drama.

Will we see Sonya Hussyn in the promotions of Tich Button after a settlement is agreed upon? Probably not.