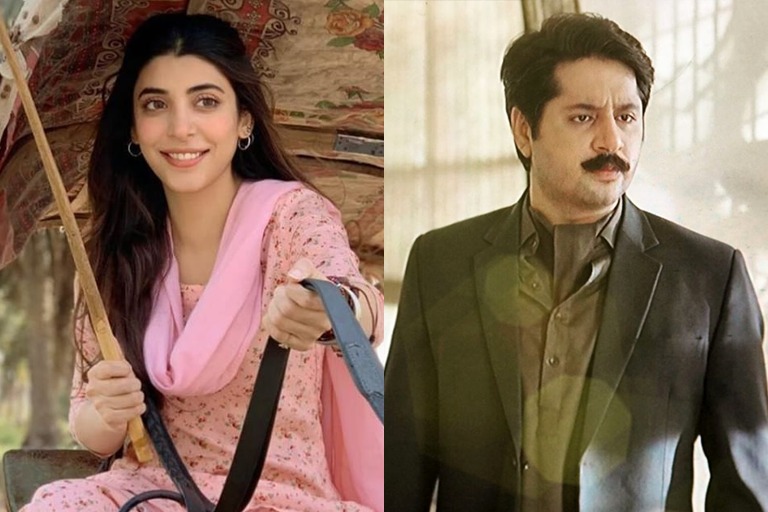 KARACHI: Amidst the coronavirus pandemic, when a lot of activities in the world of entertainment are on halt, our local television industry has somehow managed to get back on track. Though it initially suffered and most channels started re-airing old dramas, multiple new projects went on air in the last couple of months. And with shoots resuming as the lockdown eased, more plays including Prem Gali, Saraab, Mushk and Nand are expected to hit TV screens soon.

One of the most anticipated dramas to launch in the coming days is Imran Ashraf and Urwa Hocane starrer Mushk, written by Imran Ashraf and directed by Aehsun Talish of Suno Chanda and Yeh Dil Mera fame. The recently released teasers pack quite a punch and set the tone for a unique narrative and unusual characters.

As Imran Ashraf puts it in an exclusive interview with Cutacut after the teasers came out, “Every character has multiple layers and there is no one way of describing any of them.”

Featuring an incredibly talented cast including Imran, Urwa, Momal Sheikh, Osama Tahir, Hasan Ahmed, Zara Tareen, Raza Talish and Sehar Khan, Mushk takes a realistic approach towards characters, according to Imran Ashraf. Imran stars as the protagonist Adam, who is a true gentleman while Urwa Hocane’s character has numerous shades that she keeps changing. The two actors will be sharing the screen for the first time and, going by the teasers, they seem to have great chemistry.

Reflecting on the characters, Imran Ashraf informs that Momal Sheikh is playing someone who is stuck due to her circumstances, Zara Tareen is essaying a very unique and upfront role, while Hasan Ahmed will also display various layers in his portrayal. Sehar Khan will be seen as a young woman in love while Osama Tahir is the biggest pillar of the story, according to the writer.

“Mushk revolves around the concept of love, in all forms – good, bad and ugly,” reveals writer-actor Imran Ashraf, adding, “It presents a sharp contrast between good and evil. It is not a formula play, it has been created differently. “We have tried to revive the dialogues that PTV dramas used to have but the acting style and execution is new-age. The dialogues are poetic and we have done this on purpose. We have said things as is, without censoring anything; the characters say how they exactly feel. Viewers will enjoy the story; it is fast-paced, carries important lessons and a lot of entertainment.”

The drama is set in a rural setting but it will take viewers to different parts of Pakistan. The major chunk of the shoot was complete prior to the lockdown but the team resumed it recently with just three more days of shoot left now. With the teasers starting to come out, the drama is expected to go on air within a month on Hum TV.