Exclusive: Cutacut catches up with the actor on his upcoming films as well 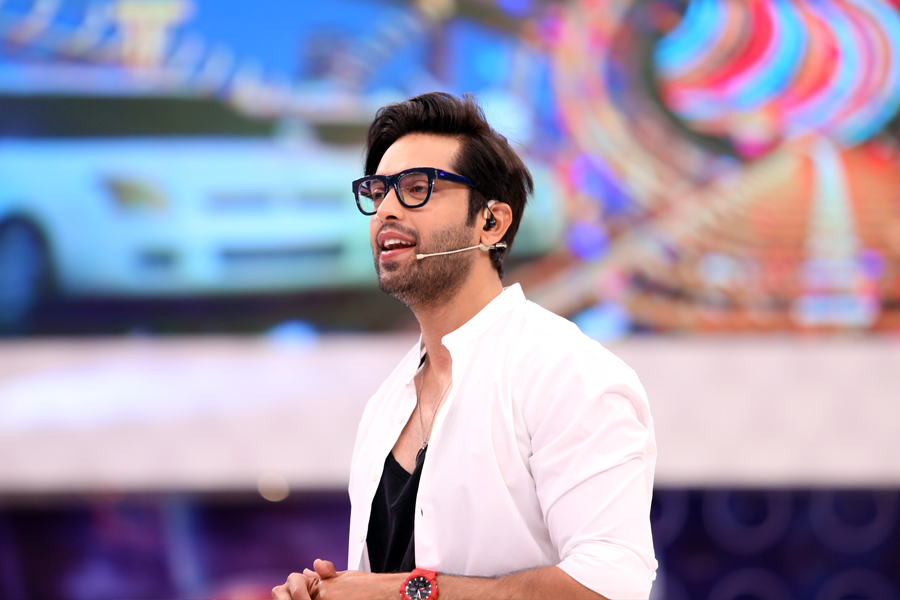 KARACHI: Everyone is wondering the fate of some of the biggest stars of the country, the hosts of morning shows and Ramazan transmissions, ever since the Islamabad High Court passed a verdict that places a lot of restrictions on TV shows during the month of Ramazan this year. Reportedly, channels have to be careful with all the singing and dancing that normally takes place on such shows, no gambling of any sort can be promoted, the azan has to be aired five times a day, and the list goes on.

Fahad Mustafa is one of the most well-known anchors and actors of our generation and Cutacut got in touch with him to see how the ban will affect his show. “I respect the court and the decisions they take but personally I feel that we have much bigger problems in the country that should be addressed first,” he responded over a telephonic conversation.

“This is almost a non-issue. Plus I’m not too worried about what I’ll do because there’s no such obscenity on my show. I don’t do any drama or sell emotions. I’m an actor and an entertainer, my job is to entertain people.

If my show is bringing people together and making them laugh and have a good time, why would anybody be against that?” he questioned. Mustafa lamented the loss of entertainment in the country. “As it is the masses don’t have anything fun to do. Our industry is in its infancy stage, we have very less films in cinemas, there aren’t a lot of options for people who just want to blow off some steam and have a good time.”

Speaking of films, Mustafa has two big-budgeted films with two of the most prolific directors due for release this year: Jawani Phir Nai Aani 2, directed by Nadeem Baig (Jawani Phir Nai Aani, Punjab Nai Jaungi) and Load Wedding by Nabeel Qureshi (Na Maloom Afraad, Actor-in-Law, Na Maloom Afraad 2). “My next film is also with Nabeel,” laughed Mustafa. It’s a standing joke in the industry that Nabeel only takes Fahad Mustafa as the lead actor in all his films. Currently, both films are ready for a big Eid release. “It’s also interesting that both films wrapped up on the same day. The films were being shot simultaneously almost. The second spell of JPNA2 was left, so I went to Dubai to complete that and then had to shoot the remaining 3-day spell for Load Wedding.

Speaking briefly about the film, Mustafa added, “The film is very performance based, it’s very character driven. It’s a rom-com but it’s not a senseless comedy, not that I’m against senseless comedies. But the story of the film is very, very strong. Nabeel has written the story himself along with with Fizza (Meerza, producer).”