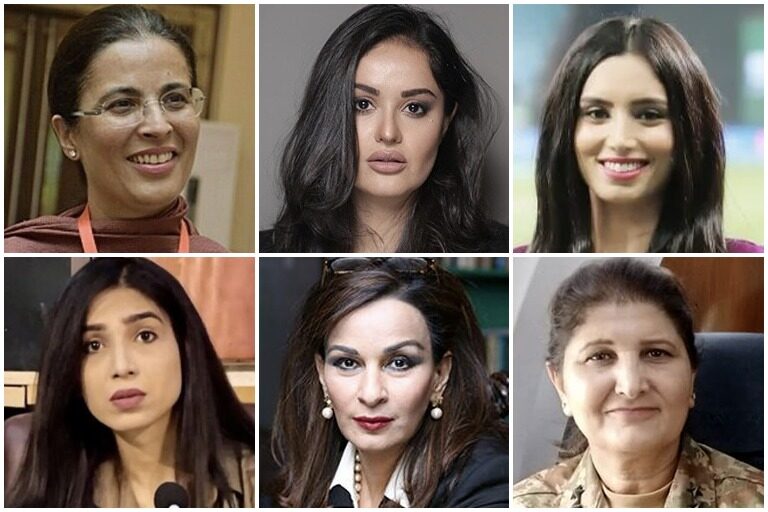 KARACHI: Women living in Pakistan know that there is a clear divide when it comes to fields women can and cannot explore. Long hours, constant traveling, being out in the field, are all considered reasons for a woman to not take up a particular job. However, here is a list of women who have proven that women can do just about anything, even things that are considered to be a ‘man’s job’.

24th January, 2022 marked a landmark change for the legal fraternity in Pakistan. After a year of struggle, one which led to protests and boycotts by lawyers across the country, Ayesha Malik was appointed the first female Supreme Court Judge of Pakistan.

Historic. Justice Ayesha Malik takes oath as the first ever woman judge of Pakistan’s Supreme Court. Also a symbol of how women’s struggles over the past four decades have pushed back patriarchal structures and gender stereotypes.
Long way to go but small victories matter. 👏🏽 pic.twitter.com/cI3nUV2Ar0

Ayesha Malik is a Harvard University graduate and had served as a High Court Judge for over two decades before she was considered for her Supreme Court nomination. Over the course of her career, Justice Ayesha Malik has been credited for rolling back patriarchal legal customs. Most notable was the abolishment of the two finger test for rape survivors.

Today, Justice Malik sits next to 16 male colleagues and serves as an inspiration for many aspiring female lawyers.

Chundrigar started the first and largest animal rescue and rehabilitation center in Pakistan. She began her NGO in 2013 and has since then given a brand new life to over 500 animals. For the first time in Pakistan, someone was able to give a voice to the voiceless. From taking a stand against dog culling and going out to saving animals trapped in Empress Market, Chundrigar has proven that where animals are concerned, there is no stopping her.

However, it is has not been an easy ride for Ayesha Chundrigar. In a country like Pakistan where women are threatened, demeaned and harassed, it is not easy to go out on the roads to save animals or to visit donkey addas to advocate for cruelty free treatment of the work animals. However, despite the trauma she has had to face for her cause, she stood firm in her belief and has been a saving grace for animals.

Sarah Gill has a long list of accomplishments to her name but is majorly known for her activism and for being the first transgender doctor to be hired by a hospital in Pakistan. The transgender community is one of the most overlooked in society. Rejected by their families, they are often forced into dancing in order to survive.

But Sarah Gill knew that that was not a life she wanted for herself. She always wanted to study and become a doctor. Standing strong in the face of rejection and even homelessness, Gill now serves as a beacon of hope for her community. Currently, she works in JPMC as a doctor.

In a country where sports are largely associated with men, journalist Zainab Abbas broke through the stereotype and proved otherwise.

She began her journey in 2015 as a cricket presenter and commentator alongside cricket stars and former national team players Imran Nazir and Saeed Ajmal. Since then, she has worked with the likes of BBC, Ten Sports and Star sports and has even written sports pieces for publications such as Dawn. In 2019, Zainab Abbas became the first woman sports reporter and commentator to cover the ICC 2019 World Cup from Pakistan.

Just like sports, the armed forces are often considered to be a male-dominated field. Women are assumed to be emotional and physically weaker and hence, lack the physical strength required to make it in the armed forces. However, in 2021 General Nigar Johar proved that women in Pakistan are just as strong and abled as men.

Nigar Johar became the first female general to be appointed Colonel Commandant of Army Medical Corps (AMC). But that is just one of her many achievements. Her military career has seen a series of firsts for women in the field. Not only was she the first female officer to be promoted to three-star rank, she was also the first female officer to command an army hospital and is the only woman in the history of Pakistan Army to reach the rank of Lieutenant-General. Johar has been decorated with Tamgha-i- Imtiaz (Milit­ary), the Fatima Jinnah Gold Medal for meritorious services in Army Medical Corps and the Hilal-i-Imtiaz.

Politics is a man’s game (or so we’ve heard). However, if there is one woman who has proved otherwise, it is Sherry Rehman.

Her political career began in 2002 when she became a member of the National Assembly. Since then, Rehman has served as Minister for Information and Broadcasting, was given the ministerial portfolio of Health in April 2008 and Women Development & Culture in May 2008. She has even served as Ambassador to the United States. Rehman is a staunch supporter of women’s rights and has been vocal against politicians who have spoken against Aurat March. She is also the author of a book titled 'Womansplaining' which navigates modernity, politics and activism and includes narratives from the likes of Sharmeen Obaid Chinoy and Nighat Dad.

These are just some of the most inspiring women in Pakistan. There is nothing that men can do that women cannot and if this list is anything to go by, it is just that!