Despite strong performances by the cast, the telefilm fell short with its narrative. 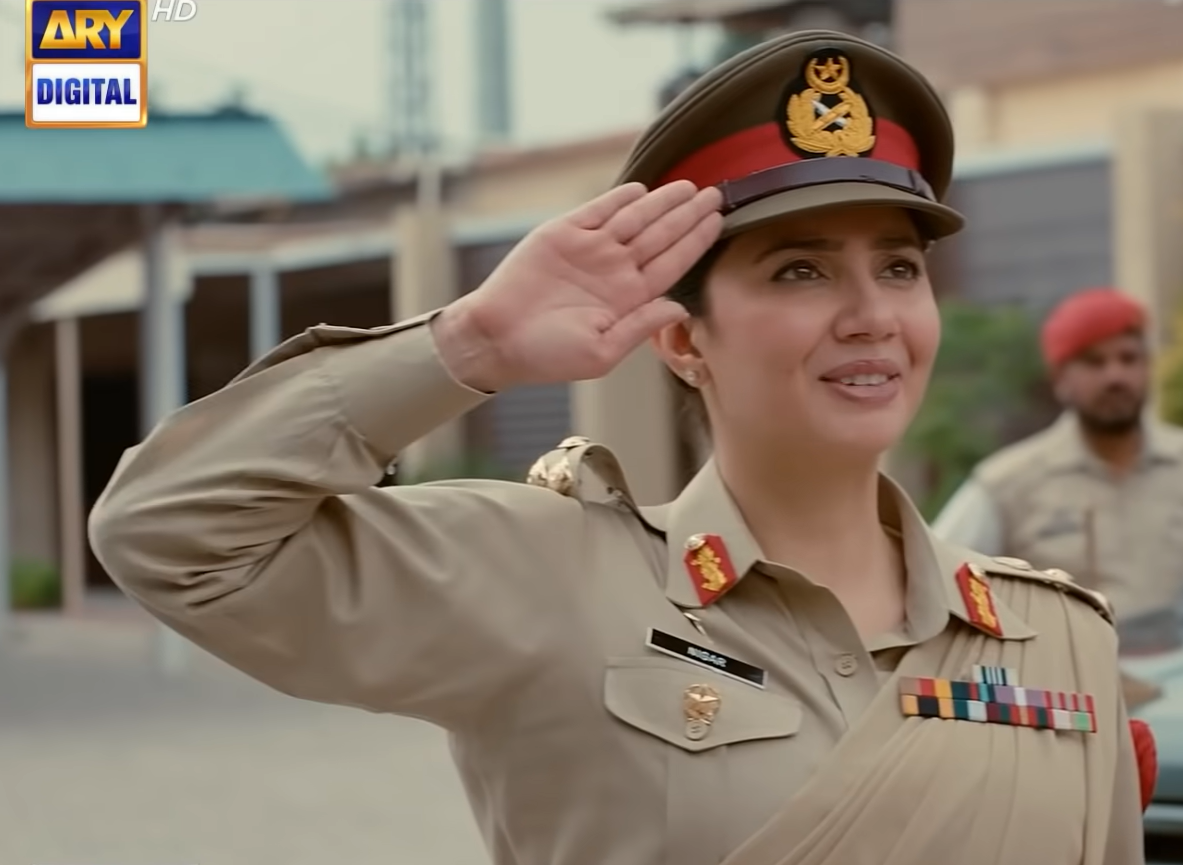 KARACHI: Telefilm Aik Hai Nigar created a lot of hype prior to its release. With its promise to narrate the story of Lieutenant General Nigar Johar, Pakistan’s first and only female Lieutenant General, and Mahira Khan playing the lead, viewers were excited for what the team had in store for them. As the telefilm aired on October 23, however, it did not meet all of our expectations. Despite strong performances by lead actors, Aik Hai Nigar fell short with its narrative.

Written by Umera Ahmed, the telefilm opens in the year 1975 when Nigar is only a young, school-going girl. Audiences follow Nigar through the years as she grows older and more ambitious. From a young age, Nigar dreams big and does not allow her gender to be a barrier for her. However, a few minutes into the film, the time lapse gets confusing. As the narrative jumps into the future time and again, audiences are left trying to put the pieces together and keeping track of the story. With the timeline constantly defined, it feels as if the team’s main focus was to shrink Nigar Johar’s entire life into 90 minutes instead of focusing on the most crucial years of her career.

At one particular point, Nigar calls up her husband to tell him that she has been promoted to a higher rank. The next scene is set in 2005 with a party being thrown in honour of Nigar. Exactly what is being celebrated in the said scene remains unclear.

Another detail which becomes a source of confusion for viewers is the number of siblings that Nigar has. Certain scenes with her family show Nigar to be the eldest of five siblings, with two younger brothers and two younger sisters. Narrating the accident that kills half of her family, Nigar’s husband (played by Bilal Ashraf) tells her that ‘uncle, aunty, aur tumhari aik behen’ are no more. But when Nigar names her family members, she mentions four people: her mother, father, and two sisters.

Johar tries to console his wife by reminding him that she needs to take care of her brothers who are still alive and see her as their guardian. Yet, in the scene that follows, Nigar’s brother Shahid (played by Khushhal Khan), can be seen crying over the fact that he has been left alone. Nigar assures him that he is not alone and that his sister and brother-in-law are there for him. So then where is the other brother?

Perhaps the biggest flaw came through in the form of Mahira Khan’s makeup as her character aged. While Khan fit the role of a young Nigar well, her look stayed the same throughout the film. This meant that Khan looked the same at the beginning of the film when her character was in her 20s and when she was supposed to be a woman in her 60s.

While Khushhal Khan and Bilal Ashraf’s hair were greyed as their characters aged, Mahira Khan’s hair remained black and were tied into a neat ponytail for most of the film. Ashraf was even given a fake belly to suit the ageing Johar but his wife’s appearance barely changed over the decades. The only time Mahira Khan looked like a woman in her 50s was perhaps during the hospital scene where Nigar’s husband passes away.

The team behind Aik Hai Nigar seemed to have paid more attention towards making the telefilm relatable and focused entirely on the emotional element. Many viewers after watching the movie shared that they had been moved to tears. While Nigar losing her parents at a young age and eventually her husband is moving, it is barely inspirational. Lieutenant General Nigar Johar stands out because she is the first and only woman in Pakistan to achieve this rank. Surely, there must be something about her that makes her stand out. Her caliber and skillset must have contributed towards her success. ‘Aik Hai Nigar’ translates into ‘There is one Nigar’ and hence, the movie should have explored more of what was special about her rather than her circumstances. However, the film spent little time highlighting her true potential. Much focus seemed to be placed on reflecting on Pakistani society and Nigar’s gender and selling a ‘strong’ woman to the audience.

One aspect that the telefilm fully explored was the role that men played in Nigar’s life. Sohail Sameer brilliantly fulfilled the role of Nigar’s father and though his role was brief, he truly looked and acted like a father who wants the best for his child. Sameer’s dialogues as a supportive father who teaches his daughter to stand her ground were also beautifully scripted.

Bilal Ashraf, too, did complete justice to his role as he came across as the sweet, loving husband that Johar was. Khushhal Khan, although a newbie in the world of film and television, did not shudder while performing alongside Mahira Khan. In fact, his performance in the film was miles better than some of his previous work. Yet, the film constantly reminds viewers of how supportive the men in Nigar’s life were. She had a father, brother, and husband who pushed her to go forward. Johar’s character was constantly applauded for never holding his wife back, never asking her for children, always celebrating her success. These reminders make one wonder whether Nigar was only able to achieve what she did because she had the support of men in her life? Could she not have achieved all of it without having to share the credit with the men in her life?

Mahira Khan delivered what was expected of her. She looked natural in the uniform that she adorned with grace and composure. Her transition from a young, ambitious girl to a strong, successful woman was also smooth and believable. Perhaps the film was one that sells well with Pakistani audiences but falls short of being worthy of being called a tribute.