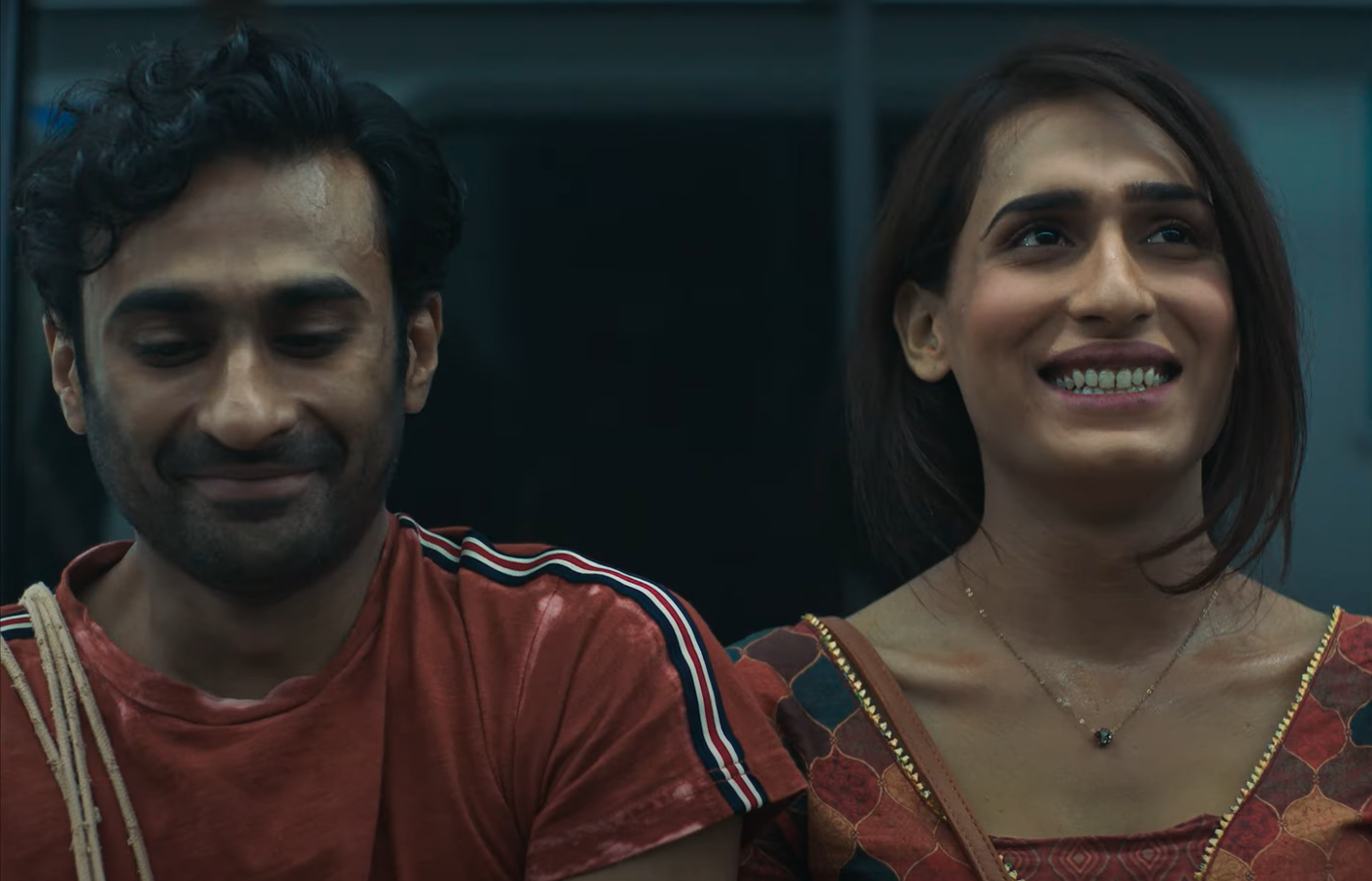 KARACHI: It’s 2022 and the Pakistani movie industry seems to have founds its calling. With the likes of Kamli and The Legend of Maula Jatt releasing in the same year, cinemagoers have found one reason after another to support the industry. However, if there is one film that made noise on international platforms before reaching Pakistan, it is Joyland. The first Pakistani film to be nominated at and also win at Cannes, the Saim Sadiq directorial is also Pakistan’s official submission for the 2023 Oscars. For Pakistanis, the wait has been a long one but with the release of the movie only a couple of weeks away, the trailer for Joyland just dropped and promises everything that we expected.

The trailer opens with shots of the streets of Lahore, the sound of a baby crying and a body being wrapped in white cloth, while Haider (Ali Junejo) tells Biba (Alina Khan) a joke. A mosquito and a chicken fall in love and share a kiss. The mosquito then died of bird flu while the chicken died of dengue. Why? Because “muhabbat ka anjaam maut hai (falling in love means death)”. And a tale of love, heartbreak and death is what the rest of the trailer narrates as well.

Haider works in the same theatre as Biba where the latter clearly knows her craft. Haider’s traditionally conservative family probably does not know that their son also works as a dancer, and not a theatre manager. As chemistry develops between Haider and Biba, things begin to go south at home.

While Biba fights for her place in the theatre, Haider fights for acceptance at home. However, he is not the only one keeping secrets. Raasti Farooq as Mumtaz and Sarwat Gillani as Nucchi together allow for moments of happiness, joy, silliness and young love. Much like the swing they are on, the background score begins to pick up pace as do the emotions of the characters. The trailer also introduces us to other members of the Rana family: Sohail Sameer, Sania Saeed and Salmaan Peerzada.

Sweat, blood, tears, laughter, glitter, screams and a whole lot of unsaid things surface in the trailer which truly takes you around a Joyland in under two minutes. Alina Khan owns the screen from the moment she gets on while Ali Junejo’s labour of love reflects in Haider’s body language. Raasti Farooq and Sarwat Gillani light up the screen with their laughter while their eyes do the talking in the quieter moments.

The trailer for Joyland is bound to leave your pulse racing and that is exactly what the magic of the film is. From Cannes to Toronto, Sydney, London and the US, Joyland is finally ready to come back home and we could not be more excited!