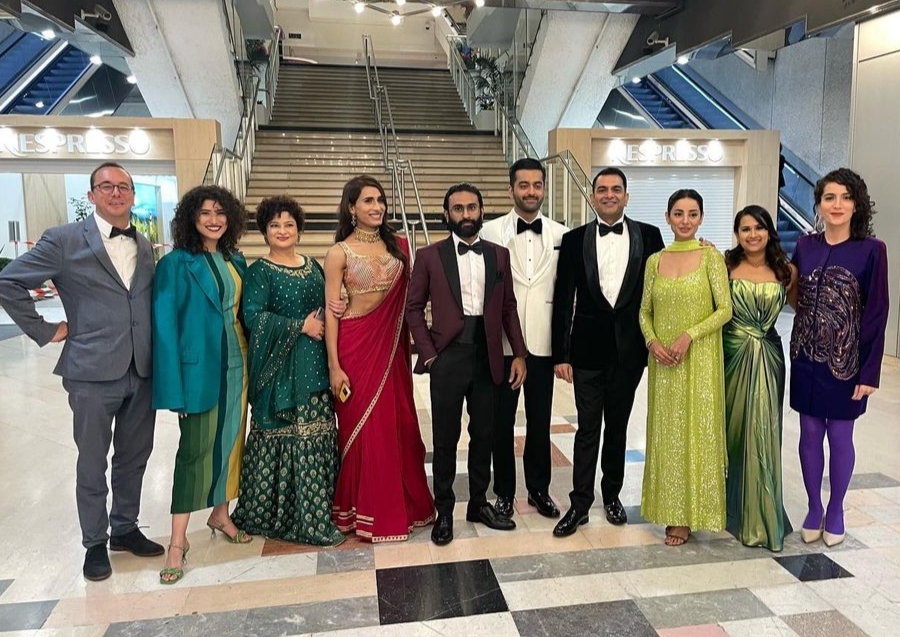 KARACHI: Pakistanis were over the top ever since it was announced that Saim Sadiq’s Joyland was going to Cannes Film Festival 2022. Selected under the Uncertain Regard category, Joyland is the first Pakistani film to make it to the prestigious film festival. Saim Sadiq, along with his team that consists of Sarmad Khoosat, Sania Saeed, Sarwat Gilani and Alina Khan amongst others, made their way to the Cannes Film Festival to represent Joyland earlier this week. While no one doubted Sadiq’s capabilities as a filmmaker, the response to his film at the Festival was one that few could have expected. As Joyland premiered on May 23, the team received a standing ovation from the attendees.

As team Joyland celebrated their success at Cannes Film Festival with bright smiles and teary eyes, artists back home could not contain their excitement either. Soon, social media was flooded with congratulatory posts for the artists representing Pakistan on the international platform. 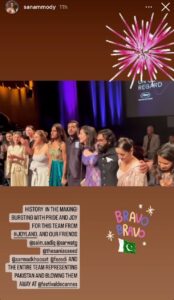 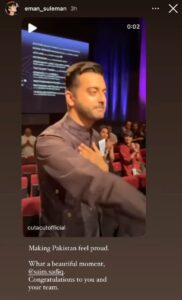 Filmmakers Sharmeen Obaid Chinoy and Nabeel Qureshi were amongst the many who took pride in the team’s success. 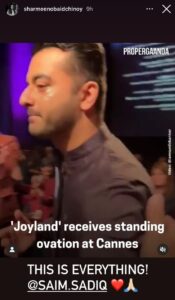 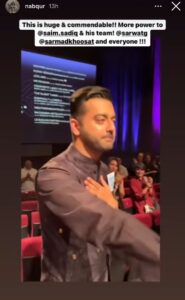 Mahira Khan, who represented Pakistan at Cannes 2018 took to Twitter to congratulate team Joyland as well.

Osman Khalid Butt shared how it was “Such a moment of pride to see Joyland receive a standing ovation at Cannes, and the immense praise its received. The doors this will open, the strength this will give to the new wave of Pakistani cinema. Just – wow.”

Pakistanis are not the only ones celebrating Joyland’s success. Artists from across borders have been appreciating the film and commending the talent behind it.