Saim Sadiq and the joys of filmmaking 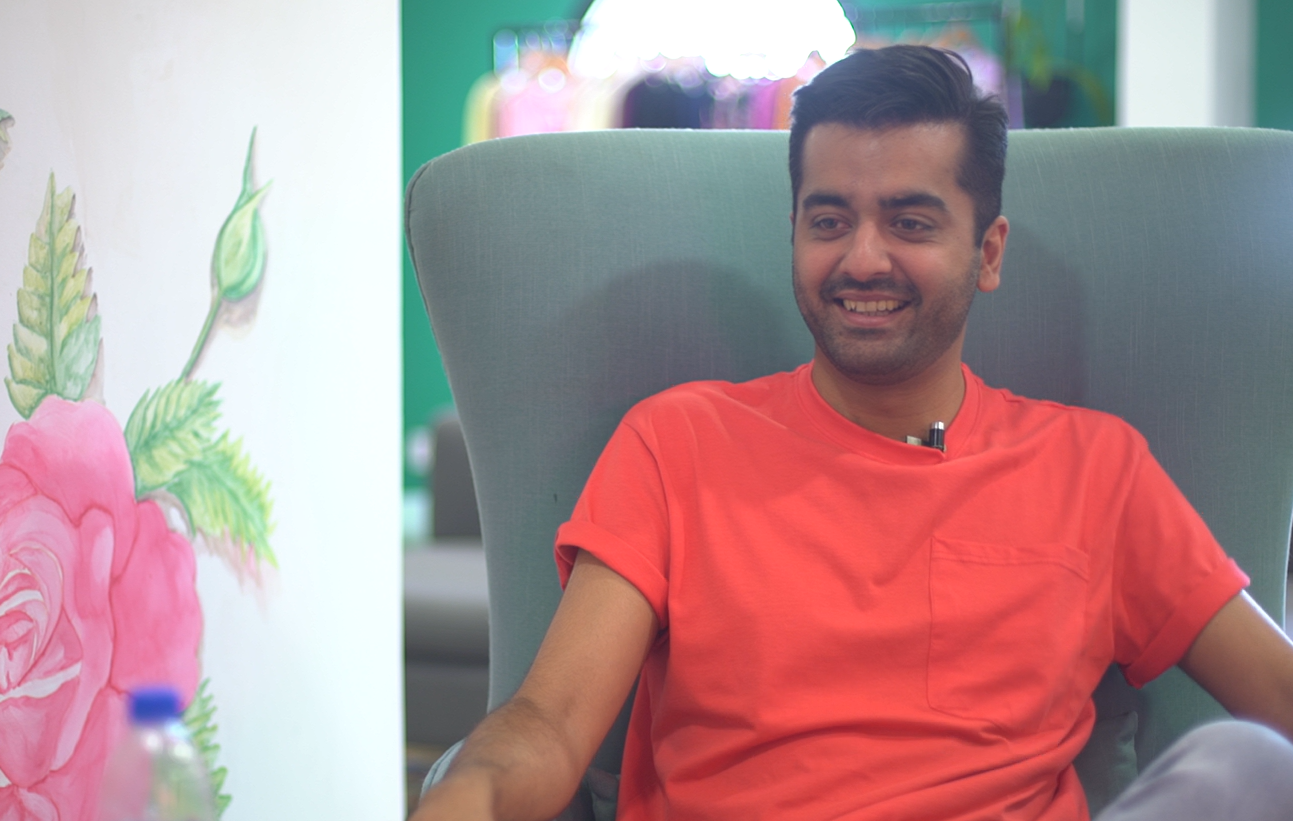 KARACHI: 2022 seems to be the year for Pakistani artists. And it all began with the news that Cannes, for the first time, had nominated a Pakistani movie for its Uncertain Regard category. But as the spotlight began to shine on the cast and crew of Joyland who went on to win in two categories at Cannes, very little was known about the movie as a whole and whether or not it was even going to release in Pakistan. Cutacut had a one on one with Saim Sadiq, the writer and director of Joyland, and asked him just that. From why it took so long for Joyland to make it to the screen to casting a transgender as one of the main actors, here is all that you need to know about Saim Sadiq and his journey so far.

Many might describe Saim Sadiq as the guy who won at Cannes. But if you ask the man in question who he is, really, he’ll tell you, “I’m still trying to it figure it out! I’m still 31 and I’m just a regular kid who comes from a very normal upper middle class family. My dad was in the army and my mom is a housewife and I have a sister who has two lovely kids, who I love. I have almost always wanted to do this [make movies] and now I’m getting to do it. There’s nothing particularly special about me.” Other than the fact that he won at perhaps the most prestigious film festivals and got to share a hotel floor with Deepika Padukone!

It took the filmmaker almost seven years to bring Joyland to life. So what was the push that finally made him finish the film? He told us, “Even seven years ago I knew I wanted to make it [Joyland] but you need to put in the work and find the money and convince people that you can make a film, a good film. And so, the intent was always there. It just takes that much time. At least for me.” For Saim, the process included writing and re-writing and re-writing again. He revealed that he wrote a total of 13 transcripts before landing on the final draft of the script.

“It took us a long time to find money and putting everything together, especially for a film like this, it takes about seven years. Especially if it’s your first film and people don’t know who you are.” But he doesn’t have any regrets about the amount of time it took him, “I’m glad it took that long because I got to get the script to a place where I was very happy with it. If I had the money and resources come to me two years ago and I had made the film then, it probably wouldn’t be that nice of a film. I did keep changing things and things kept evolving, the script took shape over the 7 year period and I’m glad it took seven years to make it.”

Talking about the star power in his film, Saim revealed that Sania Saeed joined the cast just a month before the shoot! “She didn’t want to do it. Well, she wanted to do it but she was scared of doing it because her part is tricky and she was unsure. I had to convince her a little bit and while she really liked the story, she wasn’t sure if she could do the role convincingly. Which I mean, it’s Sania Saeed! She can do anything convincingly, she can play a five year old kid convincingly, I’m pretty sure!”

But if there was one thing he was sure of, it was the fact that Sarmad Khoosat would be a part of his film. “Sarmad was always going to work on Joyland as a producer because I began with Sarmad as his AD in 2014. He’s like one of my best friends and a big brother to me. He had told me, when I was studying, whenever I made a film, he would help me produce it.”

Saim Sadiq also revealed that the casting was a bit of a process in itself. “I was supposed to work with a few actors who said no to me. Some stuck around and some didn’t,” he laughed. When asked why some actors rejected the script, he explained, “(They) could not understand the concept of an ensemble film. There are five six characters and they are all important and so nobody gets to be the ‘lead’ in that sense of the word. So, actors here got a bit confused about whether they would get to play the lead or not.” Surprisingly enough, some actors wanted to play the part of Alina, a transgender, “I was like sorry you can’t do that! It’s 2022 and we’re done with that debate! I have to cast a trans person to play a trans person!” He also revealed that some male actors were scared to take on the roles because it was not the macho man role they are accustomed to playing.

Talking about casting a trans actor for one of the main roles, he pointed out that Alina was also one of the leads for his previous film, Darling, which went on to win the Orizzonti Award for Best Short Film at the 76th Venice International Film Festival. Was the decision to have a transgender as a lead character a conscious decision or was it something that just came about?

“It was just a story idea that came to me. Alina is not the lead either, to be frank. If anything, Haider (played by Ali Junejo) is the lead who binds all the other characters together. She is one of the most important characters in the film but certainly not the lead. It is not a film about her, she is just a very important part of the film. The story is centered around a man, a woman and a trans woman and the journey the all go on together and how they are joined together. I wanted to discuss patriarchy and talk about gender and sexuality in a very Pakistani setting and what these concepts mean to a conservative Pakistani family. We think these concepts, these very ‘liberal’ concepts, aren’t rooted in our culture but they are.” As far as casting Alina went, he explained, “I made sure that we do it in as right of a way as I possibly could muster up the courage to do so.”

Speaking of Sarmad Khoosat, we had to ask Saim if the two of them ever had a conversation about Joyland becoming the next Zindagi Tamasha. Saim answered in the negative. “I don’t see how it would have been helpful. I’ve seen Zindagi Tamasha and it is the most normal film. There is nothing offensive about it for anyone. And so if that film could get banned, I’m not going to be the bearer of that fear as a filmmaker, just because I make independent films. All the filmmakers should be worried about it, why just the independent ones? The bigger filmmakers should also be worried about it because their films are just as unoffensive as Zindagi Tamasha was. If that film could get into trouble, any film can get into trouble.”

As to whether Joyland will come to Pakistan, Saim Sadiq reassures all his fans that it absolutely will! In fact, the team has plans to release the movie this year sometime near the winter season. Needless to say, we cannot wait to watch the film that has been the talk of the town!