Zindagi Tamasha to finally release in cinemas across Pakistan

After years of struggle including bans and censor board reviews, the movie has finally been allowed to release in Pakistani cinemas. 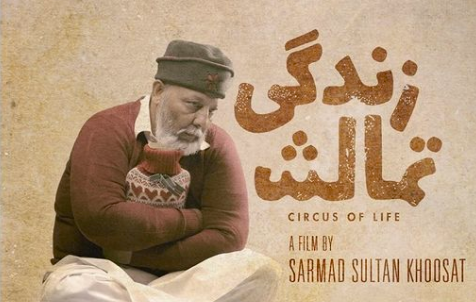 KARACHI: It has been a long two years for the cast and crew of Sarmad Khoosat’s Zindagi Tamasha who have been in a constant struggle to have their movie be allowed to release in cinemas across Pakistan. Plagued by protests, bans, censorship reviews and religion centric disgruntlement, the movie has finally been given the green signal for screening in Pakistan and is set to hit the cinemas in the March of 2022.

Sarmad Khoosat’s Zindagi Tamasha stars Arif Hasaan as a naat khawan named Rahat. Living in the old city of Lahore, Rahat is extremely popular in his community and is viewed as a pious man who can do no wrong. But a seemingly innocent act on Rahat’s end tarnishes his reputation and suddenly those who celebrated him eventually turn their backs on him and treat him like social pariah.

While the movie was intended to be released in 2020, there were road blocks along the way. Tahreek e Labbaik Pakistan, under Khadim Rizvi, had threatened to stage protests across the country if the movie was released. He cited religious disgruntlement over the content of the movie and despite the fact that the movie had already been subjected to two censor board reviews, it was announced by the government that the release would be postponed and would be referred to the Council of Islamic Ideology. Sarmad Khoosat even penned a letter to the Prime Minister about how his movie was being derailed despite the fact there was no substance to the complaints. 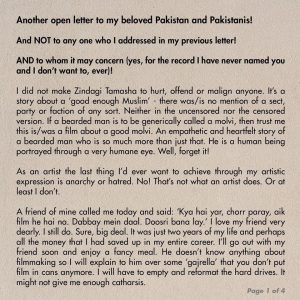 Despite the hurdles faced in Pakistan, the movie was critically acclaimed internationally. Chosen for the Oscars entry from Pakistan, Zindagi Tamasha also owns the Snow Leopard Award for Best Film at the Asian World Film Festival. Arif Hassan also won The Snow Leopard Best Actor award for his performance as Rahat.