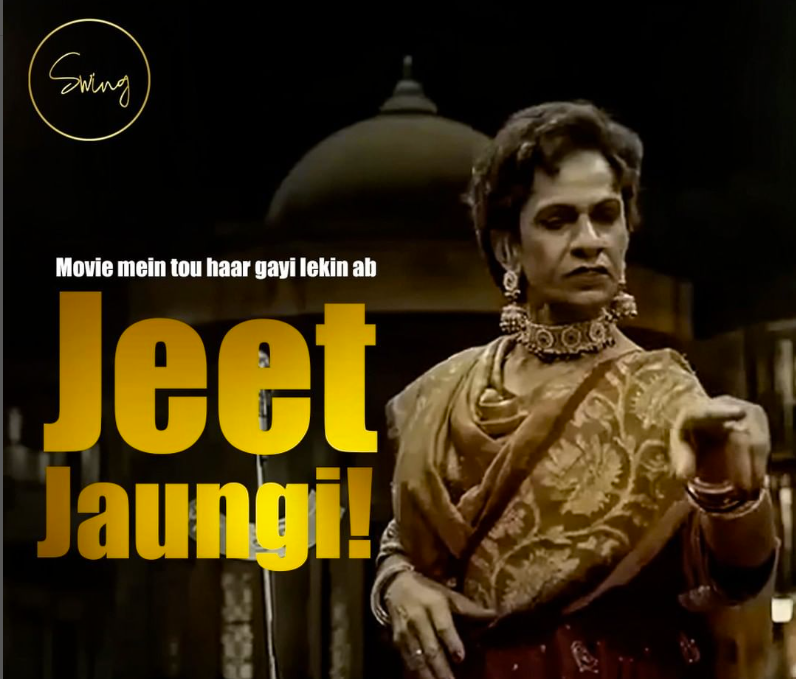 KARACHI: Sorry seems to be the hardest word to say. At least for the Karachi-based restaurant, Swing. The controversial eatery managed to draw a lot of criticism over the weekend when they launched an ad for “Men’s Monday.” They managed to anger people off with their non-apology and follow up posts which were almost taunting. The restaurant claims they had good intentions behind their ad but how true are the claims made by Swing? We reached out to a Trans Activist to find out. Here is a run down of all that has happened and where Swing currently stands.

The ad in question featured a heartbreaking clip from Alia Bhatt’s movie Gangubai Kathiawadi. The scene in question is when the young Ganga is forced to accept her fate as a prostitute and begins soliciting men outside a Mumbai brothel. Instead of the brothel, the ad has the Karachi-based Swing in its place.

It seemed like a good time for the eatery to accept that the ad was a marketing strategy gone wrong. Instead, they continued to draw ire with their justifications and even more so with their continuous usage of characters from the movie to show their lack of remorse.

It seems as though the Karachi based restaurant is trying really hard to save face when they announced that the whole gimmick was a part of a collaboration between Swing and the Gender Interactive Alliance. Taking to Instagram, they wrote, “We did what we thought was the best possible way to have your full attention. Now that we have it, we would like to explain the agenda behind the campaign done for marginalized communities. Along with running this campaign, we were also collaborating with GIA behind the scenes: opening opportunities, hiring and training them – as you will be seeing them serving you at our restaurant.”

The post went on to say, “As much as we have hurt your sentiments, we would like this to be an eye opener for everyone here. As expected, we received so much backlash for putting up the post involving prostitution as a marketing glitch BUT on the other hand no boycott movement for using a transgender as a marketing prop? However, we do truly apologize for using one social issue to highlight another.”

It seems as though the PR for Swing really does not know when to stop irking people because they went on to call the marketing fail well planned and how it worked, “For a cause in collaboration with the transgender community to highlight their struggles and how they are not given equal professional opportunities in our society.” They also added, “Thank you for unintentionally making us reach millions to voice our mission and hoping for your intentional support now!”

However, not a lot of people were buying their announcement. Maleeha Jawaid rightfully questioned the eatery, “Also how is Men’s Monday linked to hiring transgenders? Are you saying transgenders are going to be serving men on Mondays? Is that the point of this ‘collab’?” Another user pointed out, “How does this even make sense? You made fun of a social evil as extreme as forced prostitution in a comical way, kept justifying that action to raise awareness about the mistreatment of trans community? You literally picked a trans character which was shown to be a villain in the movie.”

Cutacut reached out to Trans Activist Shahzadi Rai to gain insight on the collaboration. She explained that the reason why GIA has not released an official statement about the collaboration is because there are still a lot of things that the team from Swing is unclear about. One major point of contention was that Team Swing claimed that the idea behind the video was to promote job opportunities for sex workers. Rai told us that the team with GIA had to remind them there is no way of identifying a sex worker while transgenders can be identified. “We also told them they can’t use sex workers as a token.” However, Rai did mention that while the talks were underway, she does hope that they do offer transgenders jobs just as they are claiming.

As far as whether this was a preplanned collaboration, Rai denied any such thing. The collaboration talks happened after all the backlash. Talking about how far Rai agreed to the way things were panning out, she revealed that she was vocal about how vehemently against she was with “Sex workers being tokenized. And that the sex workers’ community does not want to allow themselves to be tokenized.” So when they asked the Swing team what made them think this would be okay, they had no answer. Shahzadi Rai even left the meeting because as per her, “My personal principles on the matter differed from that of the organizations and that they (Swing) are wrong and are trying to cover up their mistake.”

In an official statement released on June 22, GIA also declared that they had “never been associated with any negative ad campaign that Swing has run.”

It seems as though it really is too late for Swing to say sorry.