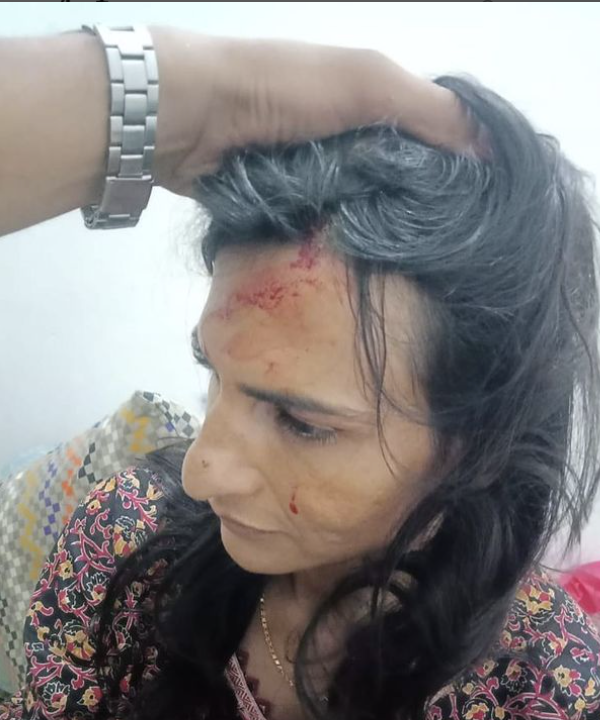 KARACHI: The transgender community in Pakistan is at a constant risk of violence. The attacks carried are unprovoked and thus there are constant efforts made by the community to fight for protection and acceptance. At the forefront of the efforts is transgender activist and lawyer Nisha Rao. However, in an unfortunate turn of events, last night Rao found herself the victim of a hate crime.

The news of the attack was shared on the Trans Pride Society’s Instagram page and it read, “Nisha Rao, Founder and President of Trans Pride Society and Pakistan’s first transgender law was the victim of a heinous act of crime last night.” The post further went on to explain that Rao had gotten off a rickshaw on her way to meet a member of the community when she was attacked by four men on two motorcycles, “In a fleeting two minutes, Nisha’s aggressors beat her and stole her belongings. One aggressor used a ring he was wearing to pierce Nisha’s scalp while his aiders stole her handbag and mobile phone.”

The attack comes as a shock for many, especially in the community considering how hard Nisha Rao has fought for their rights as a transgender lawyer and activist, “Serving and empowering the transgender community is Nisha’s biggest determination in life and it is crimes like these that make her fear the fragmented society we live in. Although the intent, whether it was a targeted crime or not, and identity of the perpetrators is unknown, we hope for a society where citizens, including members of the transgender community and women, can leave their houses without fear for their physical safety.”

There have been an outpour of support for Nisha and calls for action to be taken to prevent crimes such as this in the future.

Extremely upsetting & infuriating to hear about Nisha, Pakistan’s first transgender lawyer & founder of the Trans-pride society, being assaulted & brutally attacked by transphobes in Saddar, Karachi. This is exactly the kind of transphobic terror that Nisha is fighting against.