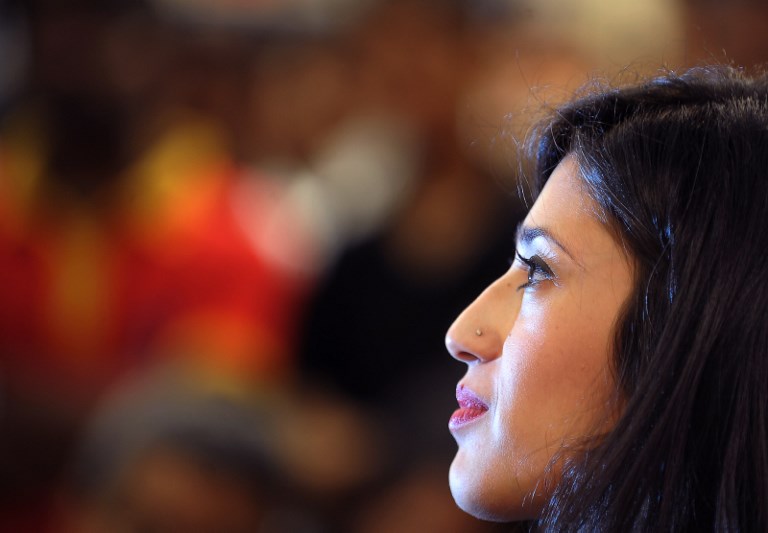 Fatima Bhutto attends the launch of her book ‘Songs of Blood and Sword’ in Bangalore on April 5, 2010. PHOTO: AFP

KARACHI: Acclaimed novelist, Fatima Bhutto took onto Twitter to talk about the many themes in her latest book The Runaways. Bhutto was interviewed by Indian Journalist Barkha Dutt and Penguin India, the publishing company of her book.

In the conversation that followed, Bhutto shared how her own personal tragedy – the murder of her father Murtaza Bhutto – was something she could never recover from. “I don’t think you can ever be free of violence once it has hit you. My father’s murder broke my heart and I think that loss forms a wound that forever shapes you. It changes form, but it’s always there is some way,” she said, replying to Dutt’s question about how her own tragedy has shaped her book.

I don't think you can ever be free of violence once it has hit you. It forms a lot of my thinking and my being. My father's murder broke my heart and I think that loss forms a wound that forever shapes you. It changes form, but it's always there in some way. https://t.co/99BdMGj0aA

The book talks about radicalism of three young lives from different backgrounds in different ways. It also casts a light on the role of social media, which on the surface gives a sense of identity and belonging to a community but is really an illusion of an identity one wants to show to the world. In her talk with Dutt, Bhutto says that what social media does is “disrupt our ability to empathise with others, to connect compassionately to new ideas, and to debate differences.”

Dutt further asked Bhutto if she too felt like a ‘runaway’ at times, given the fact she spent portions of her life in Pakistan, Syria, Afghanistan and USA. To this, Bhutto replied:

I feel the same dislocation and disruption that all the runaways in my book have: a fierce wanting to be home somewhere in the world but never quite finding it. https://t.co/nFSiONMVVT

Towards the end of the chat, Twitter users also jumped in to ask Bhutto a question or two. One user asked whether she face writer’s block? She replied that writers shouldn’t panic with thei dea of a “block”, and should use that time to read and do other things.

Bhutto’s thoughts on politics were that empathy was something that has been forgotten in politics across the world. It was also the one constant theme she kept thinking about while she was writing her book.

I thought a lot about empathy while writing The Runaways – how you can empathise with someone on a human level while disagreeing very strongly with their actions and their impulses. It's something we seem to have forgotten how to do in politics across the world https://t.co/6hbBo5GSBl