Sixty Palestinians have been killed by Israeli forces since Monday 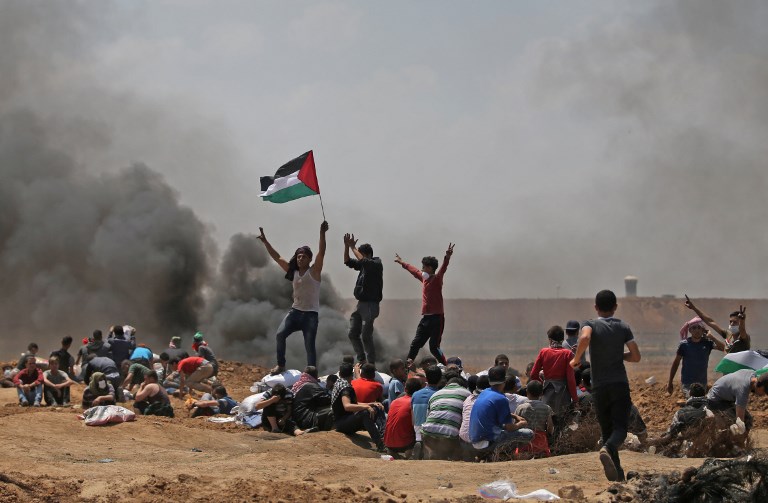 Palestinians wave their national flag as they demonstrate near the border between Israel and the Gaza Strip. PHOTO: AFP

KARACHI:  Sixty Palestinians have been killed by Israeli forces since Monday, the day the US officially recognised Jerusalem as the capital of Israel after opening a new US Embassy there.

On May 14, as the opening ceremony, attended by Ivanka Trump, and her husband Jared Kushner, was underway at the new embassy, Israel launched an attack on Palestinian protesters at the Gaza border.

Following are some significant numbers that have come out of the recent attacks, as reported by AFP:

was the year Israel was created

was the year Israel took over West Bank and east Jerusalem