The late Punjab governor would have celebrated his 72nd birthday yesterday 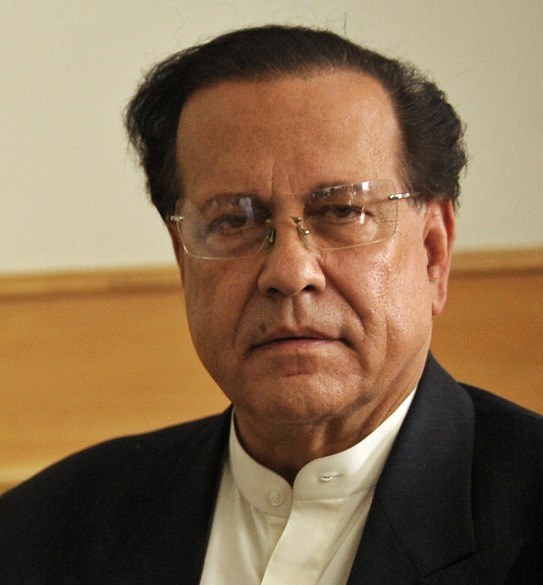 KARACHI: Seven years into the death of former Punjab governor Salmaan Taseer, we decided to document his life in numbers on account of his 72th birthday on May 31, 2018.

was the year Taseer was born

was his age when he went to London to study

was the year when Taseer published a biography of former prime minister Zulfiqar Ali Bhutto but was heavily punished for it by General Ziaul Haq who repeatedly jailed him thereon, as reported by The Guardian.

was the year when Taseer was defeated in politics and hence returned to business. The Guardian reported that he introduced cable television in Pakistan and invested in property

was the year when he returned to politics as a federal minister for industries, production and special initiatives

was the year when Taseer was appointed as governor of Punjab by the PPP government, according to Dawn

was the year the deceased governor visited the Ahmadiyya community following an attack on two of their places of worship in Lahore, reported The Guardian

was also the year he announced he was formally forwarding a clemency petition to former president Asif Ali Zardari to help Aasia Bibi’s case, as stated by The Guardian

was the year Taseer was killed by his own security guard in Islamabad’s Kohsar Market for campaigning for Christian woman Aasia Bibi, according to The Express Tribune

is the number of times Taseer was shot, according to The Guardian

was his age at the time of this death

was the number of days announced by PPP government to mourn the loss of Taseer’s death and limit state functions, as stated in Dawn

was the year the late governor was posthumously awarded a Martin Luther King Junior Peace Award for promoting human rights and peace. The award was received by his family, as reported by The Express Tribune