Rapists, allegedly affiliated with Rescue 1122 have been arrested 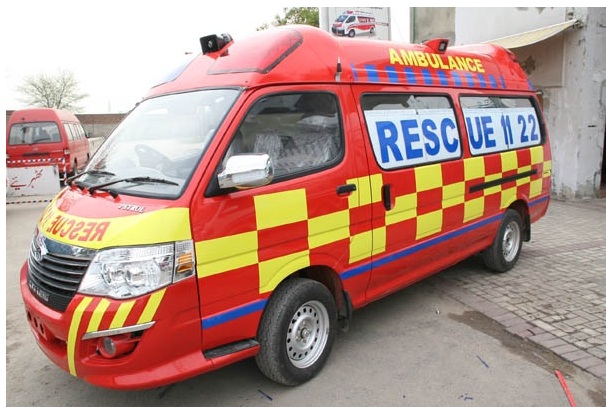 KARACHI: A 15-year-old girl from the Sikh community was allegedly raped by workers of Rescue 1122 in Nankana Sahib, Punjab.

The Sikh girl who was heinously raped is believed to be mentally challenged.

In an FIR registered by her parents, they wrote that their daughter went missing from his house on Saturday (October 28), prompting them to go out and search for her. Around midnight, they noticed a Rescue 1122 ambulance parked at the ride of a road. Upon closer inspection, they witnessed two men assaulting their daughter.

Her parents starting yelling out loud, causing the men to escape in the ambulance after throwing the girl on the side of the road. “We demand strict action against those responsible,” her parents wrote in the FIR lodged at the local police station in Nankana Sahib city.

Read: UN calls for a global ban on ‘virginity testing’

The parents have named Shameem Haider and Ashan Ali as their daughter’s alleged attackers.

Minister for Human Rights Shireen Mazari also took notice of the case and tweeted that the police have arrested two men involved in the heinous crime.

Abuse of vulnerable citizens will not be tolerated. Was forwarded a case of abuse of a differently-abled Sikh girl in Nankana Sahib. FIR has been registered and the SHO informed us they have arrested two persons in the case. pic.twitter.com/NgErGDGpk8

The rapists are said to be Rescue 1122 workers. Dawn quoted the department’s district officer as saying that investigation into their involvement has begun and that they have been suspended.