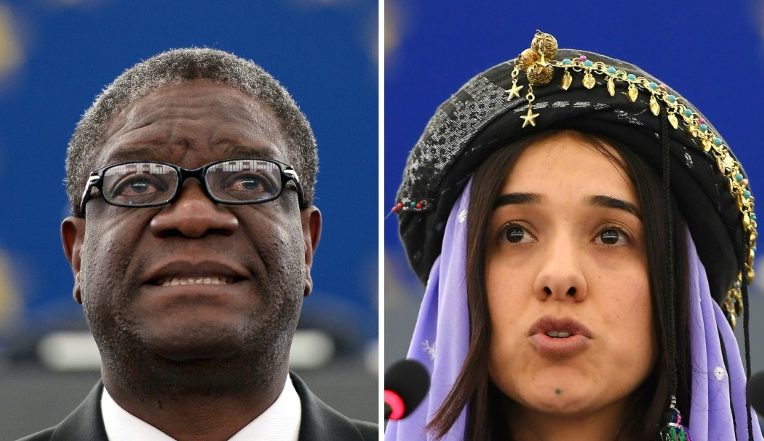 KARACHI: The Norwegian Nobel Committee has decided to award Denis Mukwege and Nadia Murad the 2018 Nobel Peace Prize this year for “their efforts to end the use of sexual violence as a weapon of war and armed conflict”.

Mukwege, 63, is a Congolese gynecological surgeon; and Nadia Murad, 25, is a survivor of sexual violence by the Islamic State. Murad, the Iraqi Yazidi, became a voice for all women who were facing sexual violence at the hands of extremists in the Middle East.

Well deserved and long awaited Nobel recognition of the fight against sexual violence in war. https://t.co/j37cMnXFWR

While announcing the development, the committee said: “They have both put their own personal security at risk by courageously combating war crimes and securing justice for victims.”

Mukwege has performed surgery on a large number of women while working in one of the most violent places in the world, the eastern Democratic Republic of Congo. “It’s not a women question; it’s a humanity question, and men have to take responsibility to end it,” Mukwege once said in an interview, according to The New York Times. “It’s not an Africa problem. In Bosnia, Syria, Liberia, Colombia, you have the same thing.”

In 2012, Mukwege was nearly assassinated when the armed extremists attacked him inside his home in Bukavu.

Murad, the Yazidi woman, was sold to the Islamic State as a sex slave. She refused to remain silent and became a voice for all the women who are traded as sex slaves by the extremist group. She once said that she was tired but she will not stop campaigning against wartime sexual violence against women because somewhere Yazidi girls were still being raped in Iraq.

“I will go back to my life when women in captivity go back to their lives, when my community has a place, when I see people accountable for their crimes,” she said.