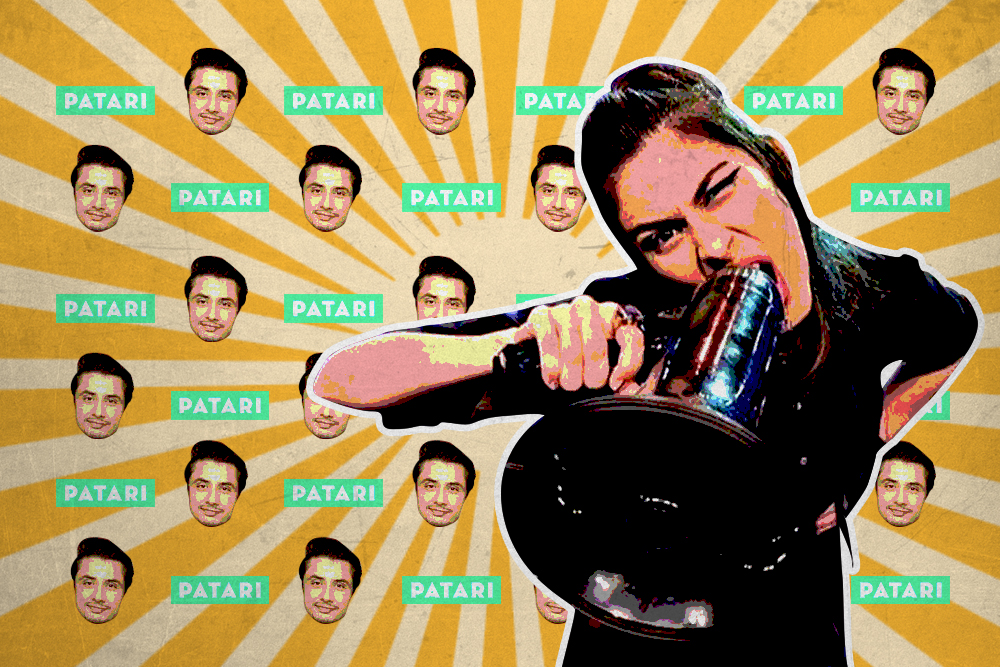 KARACHI: What started as an innovative and progressive platform for music enthusiasts and forward-looking individuals may be facing its downfall.

In fact, Patari went beyond music. It became political when it took a stand and supported Mahira Khan during her smoking ‘scandal’; it introduced us to undiscovered talent from all corners of Pakistan, such as Abid Brohi and it garnered an impressive following with its interactive and often times opinionated commentary on social media.

So, to see the company hit by a series of scandals regarding sexual harassment and its alleged support of sexual harassers is unfortunate for Pakistan.

Here we map out Patari’s journey what led to its fall from grace:

Patari is Pakistan’s leading music streaming platform that hosts a collection of Pakistani music, featuring all kinds of artists. From classics such as Mehdi Hasan and Noor Jahan, to contemporary pop artists like Noori, to indie outfits such as Sikandar Ka Mandar, Patari boasts an impressive list of artists and their songs, all easily available on an app and a website.

Launched in 2015, the platform was the first to start paying royalties to all the artists whose songs were being played on Patari. This move made everyone call Patari a game-changer for finally helping the then-struggling music industry stand back on its feet.

All was well until earlier this year. On April 11, two women, Mehr and Zainab, came forward with sexual harassment allegations against one of the founding members and former CEO of the company, Khalid Bajwa. They claimed that Bajwa sent them sexually inappropriate messages, involving women and their feet. It was also alleged that he used his position of power at Patari and offered unreleased music in return for sexual advances.

I mean, this is the most recent convo I have after which I kind of gave up and couldn’t make any more excuses so just stopped replying and blocked him. I felt uncomfortable and overpowered by a man twice my age. We bumped into each other once or twice in public spaces/social e

Under any false pretense and take advantage of them. It could be as trivial/important as asking for pictures you’re not willing to send. Attaching screenshots. Have confided in people over the years who can confirm his creepy behavior. Stop glorifying abusers/harrassers pic.twitter.com/qhudhTgwZx

Soon after the revelation, Patari was swift to publish a statement which revealed that Bajwa was to resign due to the said sexual harassment allegations.

In light of recent developments, Patari's CEO Khalid Bajwa will be stepping down from his post with immediate effect. An…

Patari COO Ahmer Naqvi was brought in as the new CEO. Following the incident, he took to Twitter to publicly condemn Bajwa’s behaviour.

4/ I am grateful and indebted to those women who risked a great deal to bring to light Khalid’s vile and misogynist behaviour. His behaviour was aggressive and predatorial and he exploited his position of power in the company to intimidate and sexually harass women.

For the following weeks, Patari employees were bombarded with feet fetish jokes and a lot of abuse.

Khalid Bajwa measures everything in feet.

But largely, the app was still doing okay because of Patari’s bold stance against sexual harassment and immediate dismissal of Bajwa. This optimism would last a little over two months though. On July 1, Naqvi took to Twitter and Facebook to announce his resignation, along with the resignation of five other Patari employees.

It is with great sadness that we, the undersigned, resign from Patari. It is a company where we can no longer work…

During the two months since Bajwa’s resignation, an audit was being carried out to decide the company’s future and Bajwa’s role in the company. Through his statement, Naqvi claimed that despite being removed from the company, Bajwa was still working on behalf of Patari, causing further damage to the company’s image, and also making Patari employees responsible for his behaviour. “We were constantly asked why we didn’t do anything about Bajwa’s behaviour before. Everyone assumed that we knew what was going on beforehand and that assumption is a dangerous one,” explained Naqvi while speaking to Cutacut.

“The women who came forward weren’t employees. This didn’t happen in the company, we weren’t aware of it. We were being made to answer for what he was doing in his private life,” he concluded.

It was then announced that Rabeel Warraich, the investor of Patari, would be stepping in as the new CEO.

1/3 This company statement is for immediate release with a more comprehensive statement to follow.

After a two month audit and negotiation between Co-founders and principal investor:

Cutacut reached out to Warraich to ask about the veracity of Naqvi’s claims. Was Bajwa still involved with Patari even after he resigned? “Absolutely not,” answered Warraich. “We had to take the allegations seriously and the reason why it took the audit this long to conclude its findings is because we had to make sure that everything we were doing was legally sound. The audit concluded with Khalid’s complete removal from the company. At no point did Patari reinstate Khalid during the audit, any involvement was not company sanctioned. If he was representing Patari during the audit then he was doing it in his personal capacity. Our position against sexual harassment is very clear,” he stated.

Just two days later, Images reported that evidence had emerged which showed singer and actor Ali Zafar trying to undermine Meesha Shafi’s brother, Faris Shafi’s career. Zafar has been accused of sexually harassing Meesha and is currently involved in a defamation case regarding the claims.

A screenshot, which was leaked anonymously, showed Patari officials ordering Faris Shafi and Ali Sethi’s new song to be removed from Patari’s ‘new releases’ section, as “Ali has an issue with it and sees Patari as supporting Meesha.”

Source at @Patari shared with @dawn_images a screenshot of an internal communication that refers to a request allegedly made by @AliZafarsays to change the placement of a track by @itsmeeshashafi’s brother Faris Shafi. The request was obliged. #Pakistan https://t.co/tJyH3BCEEe pic.twitter.com/MF1AXHOYUZ

Many Patari users were upset to hear the news and the music streaming service was subjected to further attacks online.

Meesha Shafi doesn't need to prove anything now, as the time is passing Ali Zafar is exposing himself. Couldn't even tolerate a song by Faris Shafi on Patari. #DeletePatari #AliZafar

Ah, man. Patari was one of my favorite things to have come out of Pakistan in recent times. This is all so heartbreaking. But so so SO necessary. Really glad ppl are taking a stand against harassment. Even if its against their own friends & mentors they looked up to at one point.

Warraich has promised that things will change from this point on. “Patari has been suffering from management failure. We will offer full transparency and reconstituting of the existing board. We are in dialogue with several artists to help fix this mess,” he revealed.