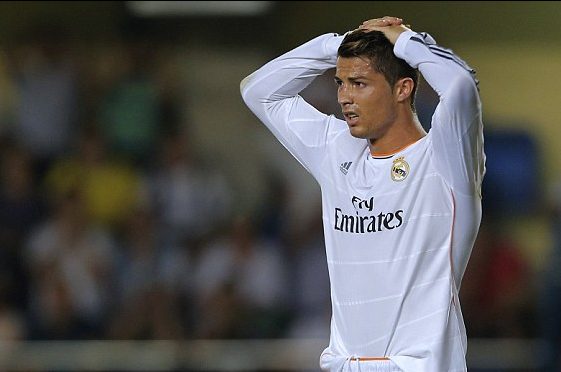 KARACHI: Cristiano Ronaldo, considered one of the best footballers in the world, has been accused of rape by an American woman, German publication Der Speigel reported.

Ronaldo’s lawyers told Reuters that they are planning to sue the magazine over what they called an”illegal report”.

Kathryn Mayorga, 34, alleged that the assault took place in a hotel suite in Las Vegas in 2009. She alleged that she was raped “anally” by the football star and then paid off to keep silent.

The article quotes Mayora saying that after raping her, Ronaldo asked if she was in pain. “By this time, he’s (…) on his knees. He says the 99 percent thing.” He persisted that he was a “good guy” except for the “one percent”, she said.

The football player reportedly paid the victim $375,000 to settle the matter but Mayorga’s lawyer is now questioning the validity of the settlement which was done without involving the court.

The lawyer filed a new civil complaint, saying, “The purpose of this lawsuit is to hold Cristiano Ronaldo responsible within a civil court of law for the injuries he has caused Kathryn Mayorga and the consequences of those injuries.

“I’ve had like these serious breakdowns,” Mayorga told the magazine. “I blame him, and I blame myself for signing that thing.”

Ronaldo’s lawyer Christian Schertz has said in a statement that they will take legal actions against “an inadmissible reporting of suspicions in the area of privacy”. The lawyer also went on to label the magazine’s report as “illegal”, according to Reuters.

The lawyer wants to seek compensation for “moral damages in an amount corresponding to the gravity of the infringement, which is probably one of the most serious violations of personal rights in recent years”.

Ronaldo is one of the most acclaimed footballers in the world, winning the world’s best title five times. The Portuguese footballer is currently with Juventus FC.