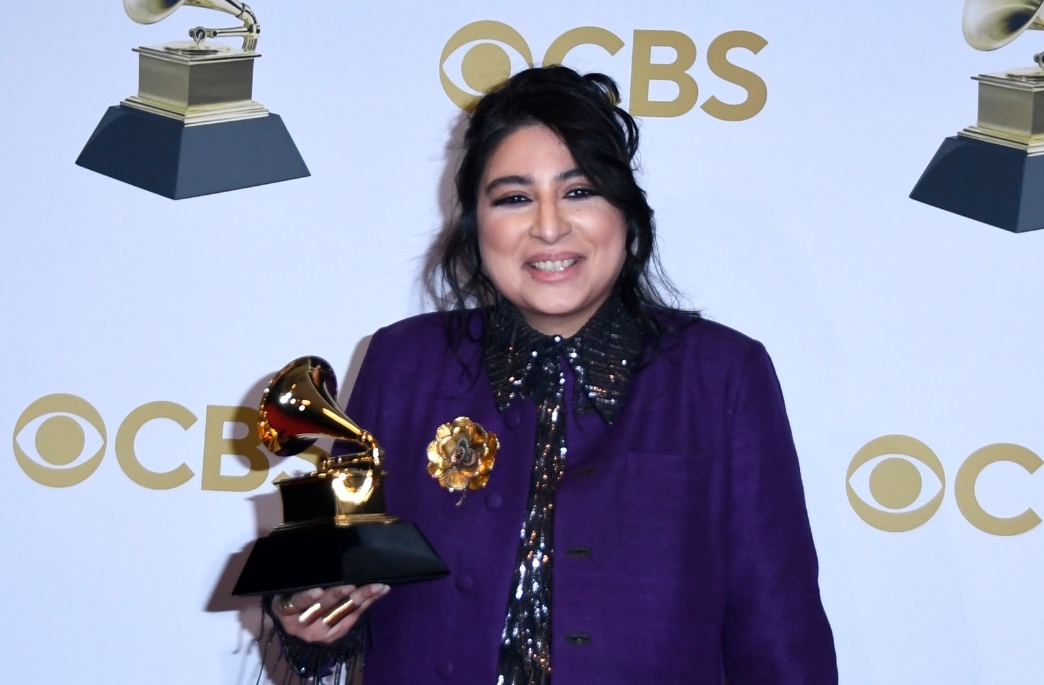 KARACHI: Pakistan has had its fair share of misfortune when it comes to being represented globally. Pakistani artists, and filmmakers in particular, have had many roadblocks thrown their way. Be it films that are banned in our own country, or artists who are forbidden to work across the border, Pakistani artists have not had the best luck in reaching the masses. However, 2022 is the year that changed things for the better. Only four months into the year, Pakistanis and Muslims have witnessed multiple historical moments created on some of the biggest stages. From the Grammys to the Cannes Film Festival, Pakistan’s flag has been soaring high in the air, all thanks to a handful of brilliant artists.

Arooj Aftab’s win at the Grammys

Nominations for the 64th Annual Grammy Awards marked a historical moment for Pakistani musicians. It was the first time that a Pakistani woman had been nominated for two Grammy Awards. The honour was brought on by the talented Arooj Aftab who earned herself nominations for Best New Artist and Best Global Music Performance. While the nominations themselves were enough to have the nation and the music industry ecstatic, Aftab did not just stop there. Earlier this month, the singer won the first ever Grammy by a Pakistani as she was awarded Best Global Music Performance for ‘Mohabbat’.

‘Mohabbat’ which is featured on Aftab’s third album Vulture Prince was a commercial success. It featured on Barack Obama’s summer playlist and eventually won her a Grammy. The Brooklyn based Pakistani composer was up against the likes of Femi Kuti (“Pà Pá Pà”), Wizkid and Tems (“Essence”), Angélique Kidjo and Burna Boy (“Do Yourself”) and Yo-Yo Ma and Angélique Kidjo (“Blewu”) under the category of Best Global Performance.

The month of April had another big surprise in store for Pakistani artists. As the prestigious Cannes Film Festival revealed its list of nominees for the 2022 edition, we saw Saim Sadiq’s name up on the website. With Joyland nominated under the Uncertain Regard category, Sadiq’s directorial became the first Pakistani feature film to make it to the festival. While massive praises poured in for the team of Joyland, this is not the first major recognition that Sadiq has gotten for his work. Only last year, his short film, Darling, won in the Best Short Film category at the La Biennale di Venezia.

It is rare for Pakistani movies to venture out into more serious genres. And so, when it was announced that Yasir Hussain and Ayesha Omar were going to star in a movie based on Pakistan’s notorious serial killer Javed Iqbal, there was a considerable amount of excitement. However, much to everyone’s dismay, after a preview screening in Karachi, the movie was abruptly pulled by the government’s Central Bureau of Film Censors even though the its censorship had already been approved. However, the small hiccup did not mark the end of the road for Javed Iqbal: The Untold Story Of A Serial Killer. Instead, the movie is all set to premiere at the 2022 UK Asian Film Festival.

Javed Iqbal tells the story of the serial killer who preyed on young boys. He confessed to having kidnapped, sexually assaulted and murdered around a 100 boys. The premiere will take place on May 4 at London’s BFI Southbank.

Riz Ahmed’s win at the Oscars

It is a fair argument that Pakistanis are quick to jump on the congratulatory bandwagon every time an artist of Pakistani descent achieves something. We may do very little to facilitate our artists or even acknowledge them while they live in our country, but the minute they achieve something internationally, we love to make headlines out of their success and their link to Pakistan. And so it would not be entirely fair to claim Riz Ahmed as just a Pakistani and equate his win at the Oscars to a win for our country. However, Ahmed’s win did mark a historical moment for Muslims around the world. With his award for Best Short Film, Ahmed became the first Muslim to win an Oscar in the category.

Born and brought up in the UK, Riz Ahmed uses his family’s experiences to depict the struggles of immigrants. While he may only be connected to Pakistan through his ancestors, the actor did represent Muslims around the world as he stood on the stage of the Oscars, paving the way for many more like him.