Performances we can’t get enough of 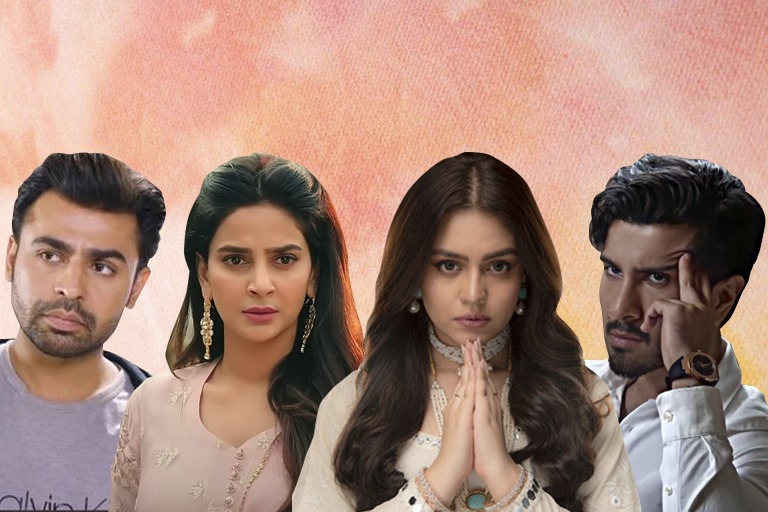 KARACHI: With every Eid comes a new list of telefilms and Eid specials that air on various channels. Audiences also have more options to choose from now that local films have also been releasing over the summer. However, while it is entertaining to watch telefilms and movies every now and then, it is the drama industry that continues to entertain the masses throughout the year. Be it Fraud that is on episode 9 or the Feroze Khan and Ushna Shah-starrer Habs, here are some actors who continue to bring their A-game to our television screens each week.

Saba Qamar is a brilliant artist. No doubts about that. We all saw her bring life to the big screen in Kamli and Ghabrana Nahi Hai. However, watching Qamar on tv is an experience of its own. Currently playing the role of Maya in Fraud, Qamar’s character is in stark contrast with the energetic and chirpy personality of the actor. Maya is quiet, calm and obedient. However, she is also full of courage. Faced with one challenge after another, Maya braves the pain gracefully. Saba Qamar beautifully encapsulates the rollercoaster of emotions that her character experiences. Finding the perfect balance between a girl who sometimes wants to scream her heart out to a person who has nothing left to say, perhaps no one else could have played Maya better.

When Habs began, we were skeptical of Feroze Khan playing a character that he has perhaps played way too many times before. However, in Basit we saw a man of complex emotions. We saw an adult trying to navigate life and relationships through the lens of a child that he lost when his mother left. Audiences empathized with Basit as we were made aware of his childhood trauma and the broken perspective that he has of love. Feroze Khan aptly plays the man who keep his emotions in check, maintains a calm aura in front of the world while also breaking down in moments of isolation. Basit is not someone that you can hate. Instead, him being aware of his emotions and addressing them is commendable. So is his honesty.

Farhan Saeed is one of those actors that grow on you. He might not have started off as everyone’s instant favourite, but over the years, he has proven his range. Currently starring in Mere Humsafar and Badshah Begum, Saeed’s acting skills deserve to be praised. His character, Hamza, in Mere Humsafar has specially won audiences over. Probably the husband that every girl wishes for, Hamza has set the benchmark for the men on our screens quite high. Or maybe he’s doing what any respectful partner should be doing. The drama started off on a disturbing note and may be getting a bit stretched now but perhaps it is Hamza who makes us keep watching. Over the course of their relationship, we saw Hamza build Hala’s confidence in herself and in their relationship. We saw Hala find her voice and the courage to face the truth, knowing that her husband will stand by her no matter what. We also saw Hamza beautifully handle his mother without ever being disrespectful towards her. Watching the equation, one is bound to believe that only Farhan Saeed could have played this role convincingly.

If Hamza is a man that many would want, Tabraiz is the prime example of the kind of partner no one ever deserves. Though we may have seen little of him in episode 9 of Fraud, Ahsan Khan has done a hauntingly beautiful job at portraying Tabraiz who is literally a fraud. In fact, the whole family is a scam. They marry into humble, middle class families while pretending to belong to the elite class, exploit them for money and then disappear. The shift in Tabraiz’s personality is stark as he switches from a family-oriented soft spoken man to a crude, greedy gangster. Ahsan Khan fulfills both aspects of the role with perfection and owns the screen every time he appears on it even when it is not his story that is at the centre of attention.

Badshah Begum may not be everyone’s cup of tea. The show has even been criticized for being too violent while a few others have praised it for touching upon taboo topics. One actor who has been consistent with her performance in the show is Zara Noor Abbas. Jahan Ara may have taken her time to grow on audiences, starting off as perhaps a one dimensional character. Some might even have perceived her as boring, but as the story developed, we saw Jahan Ara transform into a woman who should be feared. Who started off as a comparatively submissive woman turns into a Badshah Begum who demands to be respected and lacks more and more mercy with each episode. The soft-hearted Zara Noor Abbas has grown into the increasingly violent character quite well and managed to stand out.

Speaking of violent characters, it is almost impossible to not include Shamsher from Kaisi Teri Khudgarzi. The man is toxic like anything. So he probably should not be applauded? But hear us out. Being able to play a character so well that audiences instantly hate it is also an art. And Danish Taimoor seems to nail the brief. Shamsher is another rich and spoilt brat because of course, the poor guy look does not suit the actor. Another messed up definition of love, Shamsher falls in love with a girl he merely crosses paths with on the road. He hunts her down, forces his unsolicited love upon her, harasses and threatens her family, even kidnaps her husband-to-be. Only because he wants to marry her.

In short, Shamsher is nuts. But the conviction with which Danish Taimoor sells the character makes it look like it was written for him. Taimoor comes off as crazy even when he is doing the mundane of things. Even his happiness scares audiences while his stubbornness and sense of entitlement makes you want to slap him. Hence, Taimoor has delivered exactly what was asked of him and while the character should in no way be glamourized, the actor surely hit the nail on the head by effortlessly switching between a manic, an excited and a traumatized Shamsher. We just hope he chooses to translate his talent into more positive roles from now on.