Here is why Mere Humsafar is our new favourite 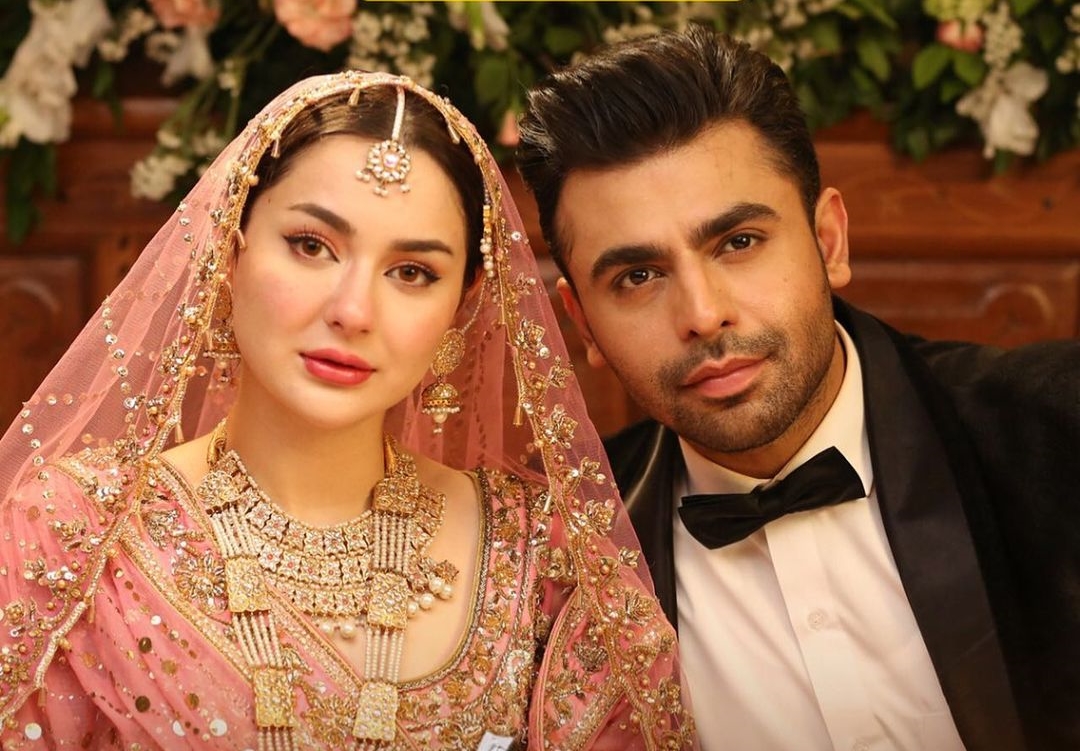 KARACHI: Truth be told, we had our fair share of doubts when Mere Humsafar started. It had all the makings of the usual saas-bahu saga: The excessive crying, the toxic husband-wife relationship, the conniving cousin, the giant joint family leeching off of an NRI brother abroad. But then the drama took an unexpected turn and we are here for it. In the current roster of dramas, Mere Humsafar is doing the best job of giving husbands a master class on how to conduct themselves, regardless of the circumstances of their marriage. With episode 20 on air, here is why we love Mere Humsafar.

Hamza (Farhan Saeed) sees how timid and voiceless Hala (Hania Aamir) is. Instead of using that to his advantage, he slowly chips away at her inhibitions, and does little things to ensure that her confidence is restored. Over the episodes, we have witnessed Hala get her voice back.

Considering the circumstances of their marriage, and all the rona-dhona that ensued after, one would think Hamza would spend his time brooding or regretting his decision. At least that’s what we would expect from an average drama. Not in the world of Mere Humsafar though. Here we see Hamza romancing his new wife, making an effort for her. Be it his little gifts to her or the way he generally looks at her, we love it all. The chemistry between them is palpable, and the way we see Hala falling in love with him is adorable.

One of the most powerful scenes in Mere Humsafar was in episode 18 where Hala asks Hamza for money to help the maid and he realises she has none of her own. Again, instead of just handing her a few crisp notes, our knight in shining armor goes one step further and opens up a bank account for her. Then, to really drive the point across, Hamza goes shopping and asks Hala to spend her money, just to make her feel what it’s like to be financially independent. In today’s day and age, so many Pakistani females still do not know what it’s like to be financially free, so the scene really ticked all the boxes.

A man’s capability of compartmentalizing relationships

Another really powerful feature of the drama is the way Hamza compartmentalizes his relationships in the house. He shows due love and respect to all family members, regardless of the kind of people they are. Even though as viewers we want him to not love his mother (Saba Hamid), he is shown to be human who sees her flaws and how she doesn’t like Hala but never disrespects her and finds a way to keep his mother calm. On the other hand, not once do viewers feel like he has wronged Hala in any way.

Even in the scene where he tells Hala not to tell him how she was treated by his mother in the past, he reasons with her and tells her why he’s saying it. And when the mother goes overboard by forbidding him from taking Hala on vacation for a couple of days, he finds a roundabout way to permission and then also returns sooner than he had said for the sake of his mother. Pakistani men really need to take a leaf or two out of Hamza’s book.

Not rushing into ‘doing the deed’

Most Pakistani dramas still propagate the concept that couples should rush into getting into bed together as soon as they get married. In Mere Humsafar, we see Hamza be patient, restore Hala’s self-confidence, and wait for her to be ready before consummating the marriage. This, too, is a concept that needs to be shown over and over on TV for it to be normalised.

While we could go on and on about why we are completely hooked to the drama, here are a few things we think it could have done without.

We saw Hala being tortured by her aunt for about 10 episodes, from being slapped to not being given food to being treated worse than house help. We also saw the Dadi (Samina Ahmad) being verbally abusive towards the aunt and even though we adore Dadi’s relationship with Hamza and Hala, we don’t condone any form of violence, even if it is being done to move the plot forward.

It’s 2022 and talking about and making suggestions of immolation, of oneself or others should literally be banned on TV. And yet here we are. In one particular episode, Shahjehan (Saba Hamid) was shown dousing herself in petrol and trying to light herself on fire. Only a couple of episodes back, she was seen suggesting that she might set Hala on fire. We get it, she is unhinged but yet talking about immolation on TV is just not okay. To think that PEMRA can take out notification upon notification about harmless PDA on TV and none about showing violence, abuse and immolation on TV is beyond our understanding.

We believe veteran actors should also put their foot down when it comes to acting out violence on national TV. Saba Hamid and Waseem Abbas are both esteemed actors from our fraternity, it is hard to believe that if they were to refuse to do a scene where one slaps the other, they wouldn’t have the sway. To see actors with nearly 50 years of experience behind them act out scenes of domestic violence will always leave a bad taste in our mouths.

Side stories getting excessive screen time

First it was Sameen’s (Zoya Nasir) track with the van driver, then it was Khurram’s (Omer Shahzad) mom. As viewers, don’t care much about these characters and we don’t want to see scene after scene of Khurram trying to get back into his Khala’s good books. Nor do we want to see Sameen’s repeated failed kidnappings. TV dramas really do need to be crisper with less irrelevant side tracks, especially when the main story is so engaging.

We know the Hamza and Hala story will take a turn for the worst before we get a happy ending. So while we wait for the twists and turns, we will continue to gush over the two every time they are on screen!