Concepts we wish local dramas get rid of

We might have a variety of dramas to choose from, but if they're all following a standard recipe, can they really stand out? 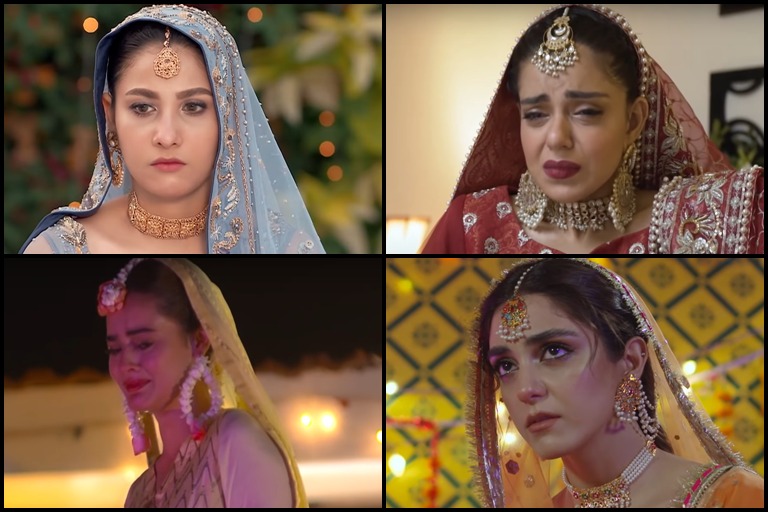 KARACHI: I’m not going to lie, I’ve had a hard time keeping track of and catching up with all the latest dramas that Pakistani television has to offer. With multiple new projects going on air one after the other, our audiences have a variety of channels to choose from. However, I wish we had a variation in storylines to experiment with as well. Day after day, we see projects following a standard storyline with pretty much the same overarching themes. Ultimately, every drama that starts off exciting, falls into a pit of age-old narratives and uninteresting ideas.

Here are some themes we wish our writers would take a break from.

This one is a no-brainer. It is no secret that Pakistani dramas (and most of our population) are obsessed with marriage but with each new project, the concept of consent seems to diminish more and more. Be it the audience’s favourite Pehli Si Muhabbat or the very recent Ishq Hai, forced marriages are persistent in many of our narratives. Both of these dramas also involve the lead characters clearly being in love with someone else. In spite of having communicated the same to their parents, the characters are either forced or blackmailed to marry someone else. Fajr (Srha Asghar) from Aakhir Kab Tak recently met the same fate. Even though she was raped and is traumatised, marrying her off without her consent seems to be the only solution the family could come up with.

This one seems to be the latest addition to the many run of the mill ideas presented by Pakistani dramas. Fajr and Noor from Aakhir Kab Tak and Yasmin and Asma from Dour are two recent examples. One of the sisters is the obedient one, would go to any lengths to keep her family satisfied, almost always compromises on her own wants. And in stark contrast stands the other sister, who is considered to be ill mannered, outspoken and bold. Asma (Hina Altaf) and Noor (Ushna Shah) have adapted the roles of the rebellious sister in their respective projects. While the two of them are career oriented, confident and speak up for their rights, both of their sisters are married off, and not very happily. Another concept reiterated by these scenarios is that ‘good’ daughters will always get married to the wrong person and/or at the wrong time just to keep their families’ izzat intact.

The concept of dowry is not a foreign one in our part of the world and for the longest time, many on-screen narratives have also revolved around a girl’s family struggling to meet the demands of the groom’s side. However, a recent pattern in our dramas is to show the girl’s family being financially exploited even after marriage. Faiza Gillani adapts the role of Nabila in Pardes whose husband constantly asks her family to support him financially. At one point, he even forces his in-laws to buy him a motorcycle. Mind you, Nabila’s family is not financially strong but of course, they cannot upset their son-in-law by refusing his demands. Adla Khan’s character in Dour, Yasmin, seems to be walking on the same path as the first episode of the drama shows her coming to her father’s house with yet another unrealistic demand from her husband.

We have seen way too many evil in-laws portrayed in our dramas. More often than not, it is the women who are oppressed and ill treated by their in-laws. However, the extent to which this portrayal of the oppressed woman (read: ‘good’ woman) has gone needs to stop. Not only do such narratives further instill the stereotype of evil in-laws, watching women tolerate all evils quietly is simply annoying. Zubaida (Shahista Lodhi) from Pardes and Safia (Javeria Abbasi) from Aakhir Kab Tak are two examples. Both of them represent women who will stay quiet regardless of what happens and teach their children to stay quiet out of ‘respect’ as well. Safia even tolerates physical abuse but would rather have her daughter die of suicide than ask anyone for help. Zubaida is the perfect wife and daughter-in-law whose only achievement is how much disrespect she can tolerate. Also in contrast with each of them is the second, younger daughter-in-law who is the complete opposite. She is independent, outspoken and does not let anyone put her down. In fact, she, too, adds to the misery of the elder sister-in-law.