Fraud reflects on the ugly side of society 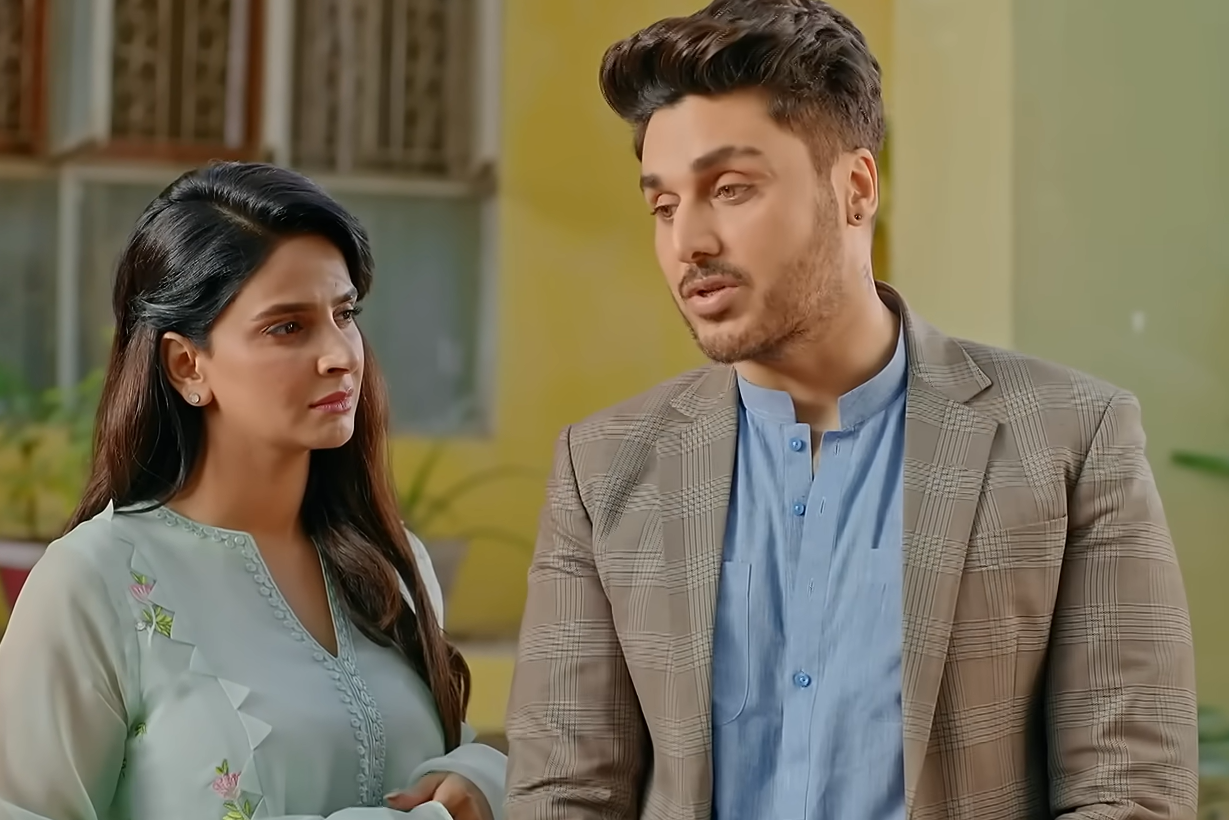 KARACHI: With episode 7 on air, Fraud may be one of the strongest dramas we currently have on air. From the very first look of the drama and the literal title, we were able to guess that Fraud was going to be about deception and lies. But it was not until the drama actually went on air that audiences truly discovered the evil that lingers in our society.

Mehmood Aslam plays Nisar, the father of two daughters. Even though he is a middle class man, he dreams of the best things for his daughters. He wants to marry them off in financially stable families so that they do not have to strive for the simple luxuries of life the way he had to. Naturally, when his struggling nephew (played by Adnan Gaadi) asks for his elder daughter Maya’s (Saba Qamar) hand in marriage, Nisar is forced to turn the proposal down.

Instead, he is directed towards a matrimonial social media group where he posts about Maya and comes across the perfect match, Tabrez. Played by Ahsan Khan, Tabrez is everything that parents could wish for in a partner for their daughter. He is polite, well-mannered, has no interest in dowry and has parents who seem to be the most down to earth people ever. Most importantly, they are filthy rich. Hence, Maya would be more than happy in their house and lead a life full of comfort.

Except that all of this is a lie. Within days of their marriage, Tabrez ghosts Maya after making an excuse that he has to fly out of the city to attend a funeral. While he initially keeps in touch over the phone, it does not last long. No trace of him or his family can be found. Their house turns out to be a popular shooting location that is often rented out to numerous people. Their office is up for rent as well, and they most certainly do not own the factory that they pretended to run.

What follows at Maya’s home is heart wrenching. Maya is unable to process what has happened, becomes dysfunctional and stress makes her break down time and again. Nisar, on the other hand, drowns in guilt for choosing the wrong family for his daughter. Many people also make him realize how he did not run a proper background check on Tabrez and his family and simply agreed to the proposal because of their apparent wealth.

Even worse is the torment that neighbours put Nisar and his family through. Women come over to pity their daughter and also taunt the parents for their naivety. Maya becomes a symbol of gossip for the neighbours who view the title of a divorcee to be a much bigger sin than being a fraud. Her mother is constantly told how finding a good match for either of her daughters is going to be a miracle now while the mother pleads them to find any suitable match, regardless of their social status.

Fraud also keeps viewers on their toes. While we were fully aware of what was unfolding in Maya’s life, we kept waiting for Tabrez to show up again. And he did, in the latest episode. Completely unbothered about what he has done to Maya (because of course it was not his first time), Tabrez is in search of his next target. In fact, his business partners (who pretend to be his parents in front of families) have already hunt one down.

It sends chills down one’s spine to realize that Fraud is more than just a drama. It is a reflection of the kind of people that exist in our society. It is an accurate representation of the thousands of girls and families who are exploited at the hands of such gangs. Fraud also holds up a mirror for the rest of us to let go of our ‘holier than thou’ attitudes and truly recognise good people amongst the rest, and become one of them.