The men on our screens 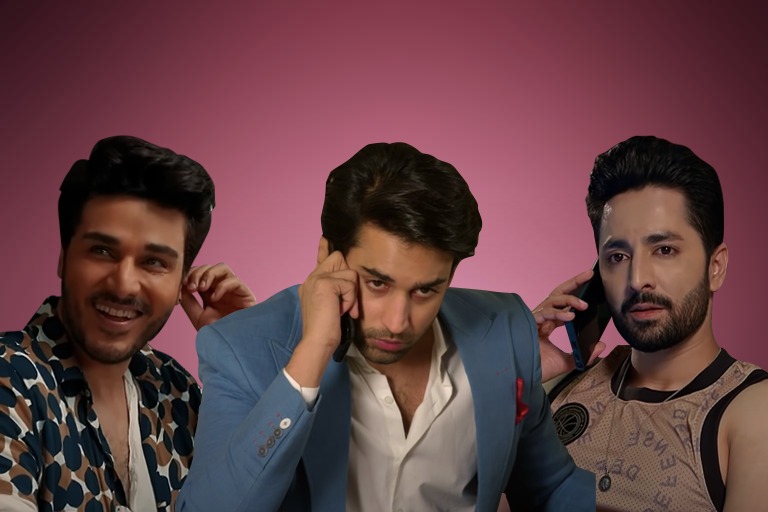 KARACHI: One of the favourite slogans of a big chunk of our population is ‘not all men’. The hashtag is brought up every time women and minorities choose to speak up against the crimes committed by men. On the other hand, the crimes committed on television and the physical and verbal abuse shown on our screens is said to be a ‘realistic portrayal’ of Pakistani society. We are told that dramas depict what audiences want to see. But do we really want to see abusive and exploitative men on screen? Multiple of them, at the same time? Do we want television to be a source of entertainment and escape or do we turn on our screens to feed even more negative thoughts into our people?

If we simply look at the primetime dramas currently on air, we can spot at least three problematic men as lead characters. Of course, we know it is not all men. Our dramas also have characters like Basit and Hamza who can be appreciated. But can they outnumber the negative ones? Can they influence the rest of the society into believing that only very few men will cheat, exploit, abuse and manipulate?

We’ve seen insane men. And then we’ve seen the men Danish Taimoor chooses to play in dramas. Remember Shahzaib from Ishq Hai? One would have thought that nothing could be crazier than the toxic and emotionally abusive man that Shahzaib was. But only Danish Taimoor could have topped that standard with an even worse character. Enter Shamsher from Kaisi Teri Khudgarzi, another rich and spoilt brat because of course, the poor guy look does not suit the actor. Another messed up definition of love, Shamsher falls in love with a girl he merely crosses paths with on the road. He hunts her down, forces his unsolicited love upon her, harasses and threatens her family, even kidnaps her husband-to-be. Only because he wants to marry her.

With episode 5 on air, Kaisi Teri Khudgarzi is portraying a messed up idea of love. Shamsher knows that the girl is not interested in him but of course, that makes no difference. So viewers go through the torment of watching Shamsher hunt a girl down, even goes against his own family in pursuit of the girl. And who knows the extent of violence that this character will go to? Will the drama become another example of stockholm syndrome? What kind of a message are we sending out to our women then?

Ahsan Khan is a master of his art. And as much as we might hate it, the actor excels in negative characters. His last performance, Murad in Qissa Meherbano Ka was the epitome of an evil man. Now, Khan is back with another negative portrayal. Tabraiz from Fraud is literally a fraud. In fact, the whole family is a scam. They marry into humble, middle class families while pretending to belong to the elite class, exploit them for money and then disappear.

It can be argued that what is being shown in Fraud is definitely not far from reality. We all remember the Tinder Swindler and even locally, numerous examples exist. Only recently, a young man was exposed on social media for dating three women simultaneously. In fact, he was ready to get engaged to one of his girlfriends of 10 years while another waited in Turkey. But the question is, what kind of an impact is this having on our audience? Will Fraud end with a lesson for people like Tabraiz or will it only be a halfhearted attempt at creating awareness regarding such people?

This is perhaps the most disappointing one. When Dobara initially started off, the drama had some good lessons for its viewers. Childhood trauma, broken families, a second chance at love. These were themes that made the show stand out. But like most storylines, Dobara also took a cliched turn. However, few could have expected the drama to go in the direction that it is going in now. Mahir (Bilal Abbas Khan) is cheating on his wife with his ex-girlfriend.

No matter how much someone tries to sugarcoat it, Mahir is cheating on Mehrunnisa (Hadiqa Kiani). After running into his ex-girlfriend Narmeen (Zoya Nasir), sure, Mahir is reminded of the love they shared. But what reason could there possibly be for him to pursue Narmeen while being married to Mehru? When his wife is in another city, Mahir takes Narmeen out on dates. In fact, Narmeen feels more uncomfortable and troubled by the idea of hanging out and it is Mahir who constantly reassures her that he will handle things if Mehru was to find out.

All of a sudden, Mahir now sees the wrinkles on Mehru’s face and cannot help but agree with his mother that he should have married a younger woman. Why does he not leave her then? Why did her age not bother him earlier? Or did he simply want her money? Is her wealth the reason Mahir cannot leave her? Regardless of it all, it is very hard as viewers to respect Mahir, a man that we adored in the beginning.