Why everyone should watch Dobara

The drama right from the start touches upon conversations we choose not to have. From how marriage takes away the girl's individuality to how broken families break children, Dobara is one drama that shouldn't be missed. 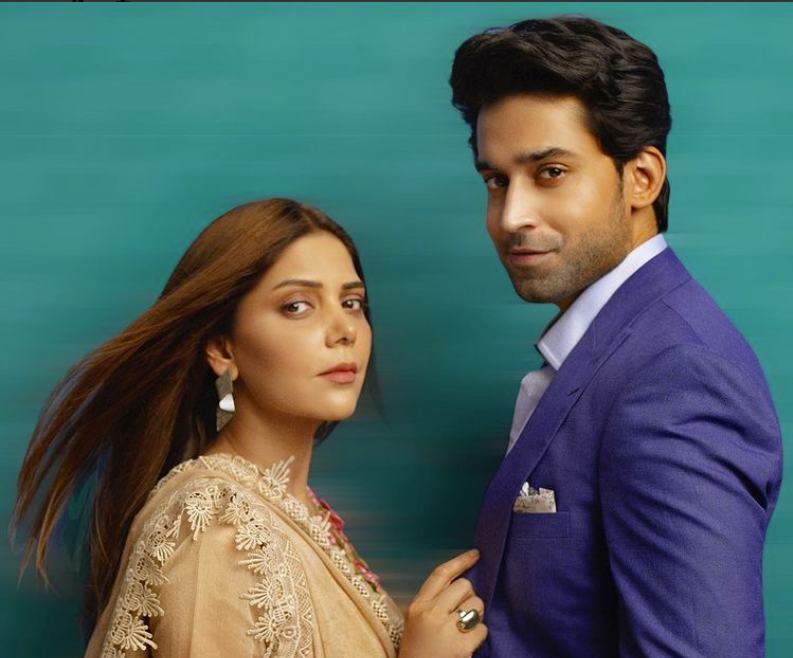 KARACHI: About a month ago, we were just about done with Pakistani dramas. Between the domestic abuse, the crying, the toxic relationships and similar plots, it felt as though there was nothing more that the TV channels could offer. However, as it turns out Dobara was our saving grace. Dobara stars powerhouse performers Hadiqa Kiani, Bilal Abbas and Sakina Samoby. The newly released episode 4 has touched upon such important conversations that we choose not to have. From how marriage strips a woman of her individuality to how broken families tend to break a child’s spirit to how men are babied constantly, there’s nothing the drama has shied away from.

In case you need to catch up with Dobara, up until episode 4 what we’ve learnt is that Hadiqa Kiani plays a widow called Mehru. She was forced to get married to a man much older than her when she was just a teenager and her husband was staunch in his ways. While to the rest of the world he was the perfect husband who showered her with money and expensive gifts, the truth is he stripped his young wife of her individuality. She was expected to dress the way he wanted, speak the way he wanted, live her life on his terms. His death meant she could finally gain back the youth that she lost.

But being a woman is never easy. Mehru’s sister in law, played by the brilliant Sakina Samo, is constantly breathing down her neck. She’s either criticizing Mehru for acting too young or is treating her like a child and constantly scrutinizing her. As if that isn’t bad enough, her son Affan played by Usama Khan is equally as critical of his mother. He feels embarrassed that his mother was eating an ice cream cone especially since it happened in front of his girlfriend since he thought it was childish and proves to be yet another man who tries to mold her to their expectations. But Mehru isn’t one to back down. She makes sure to give her son a piece of her mind and reminds him who the parent really is. It’s great to see a woman stand up for herself.

One would think that Mehru would find comfort in her friends if not her family but again that’s not the case. Her friends all but tear her down for moving on with her life six months after her husband’s death. They echo the archaic belief that a woman’s existence dies with her husband, if not physically then emotionally and otherwise. They mock her for her youth, forgetting that Mehru was just a child when she got married and just because her husband (who was old and died because of being old) is dead doesn’t mean she’s gained years.

But the one place she does find a supportive ear is with Maahir, played by Bilal Abbas Khan. Its refreshing to hear him ask Mehru her actual name instead of being addressed by her husband’s. He encourages her to use her nickname, the one she loved but her husband forbade her to use. And while Maahir has made his fair share of mistakes, his character serves as a lesson for many.

Marriages often don’t work out and there’s nothing wrong with that. However, parenting and the roles step parents play are very important. Maahir’s parents split and that’s hardly an issue. The real issue is that both his step parents from either side can’t accept him and it’s because of them he has a strained relationship with his parents. He acts out because he’s deprived of a stable and loving household, even his mother keeps telling him she wishes she never had him. Maahir isn’t dumb, his advice for Mehru proves as such. But because he’s being stifled at home, he makes bad decisions. And we can’t help but feel for him.

Sakina Samo’s role isn’t solely to criticize Mehru but she also is the perfect example of how women coddle and baby men. She’s constantly treating Affan like a child, giving in to his every wish to the point she’s challenging Mehru’s position as a mother which forces Mehru to fall under their pressure and make a decision that will simply not end well.

Dobara, especially with episode 4, really has picked up the pace and, with each passing episode, proves that there are many layers to the drama that we can’t wait to unfold.