Dobara opens on a promising note

The first episode offered a break from typical storylines and instead explored family dynamics, hinting towards more meaningful themes. 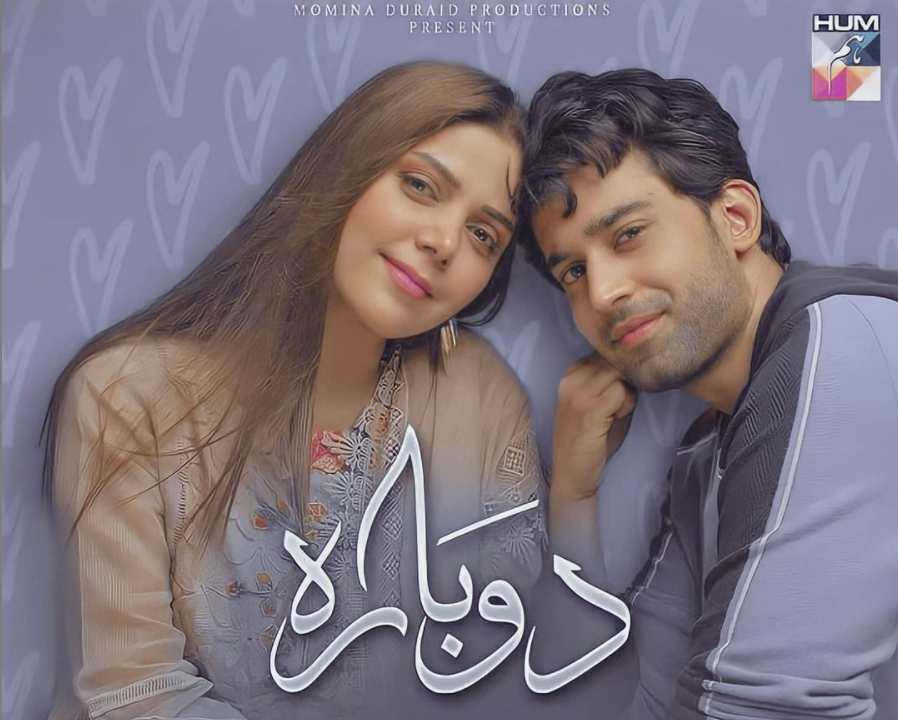 KARACHI: There has been a considerable amount of excitement surrounding the new drama Dobara and for good reason too. With an exceptional cast which includes Bilal Abbas Khan, Hadiqa Kiani, Sakina Samo and Usama Khan, the drama promised to touch upon more meaningful concepts and promised to explore family dynamics in a way that is foreign to Pakistani dramas. It promised romance and drama, without the typical saas bahu politics, jilted lovers, and all the crying and screaming. And after watching episode 1 of Dobara, it’s safe to say the drama did deliver. At least, in the opening episode. This is all that we gathered from the first episode.

The drama begins on a considerably sad note with the death of Hidayatullah (played by Nouman Ijaz). His wife Mehru (played by Hadiqa Kiani) sits in her room mourning the loss of her husband. At least that’s what we would assume. Flashbacks show a young girl whose hair is being tugged into a tight braid as she’s being dolled up for her wedding. Coinciding with the flashback is Mehru in present day time who stares at her reflection in the mirror and as she does so she begins undoing her hair tied with a braid and secured in a bun. This is an important scene because as the drama goes on and we get more insight into her life, we’ll realize this was less of an act of mourning but more of Mehru finally breaking free. If you’re confused, don’t be.

We learn that Mehru was hardly a metric passed teenager when her father handed her over to a much older Hidayatullah for marriage. Despite the fact that everyone around Mehru, including her own kids, believe that she was happy in her marriage, that wasn’t necessarily the case. “She was his shadow. She used to think like Baba, used to dress according to his likes and she spoke the way he liked,” is how their daughter described their relationship. But the reality was that Hidayatullah molded the young Mehru according to his wants, not paying heed to what she wanted and thus robbing her not just of her youth but of her individuality. This is clear from their wedding scene where she insists that she doesn’t like her full name and that he should call her Mehru. Instead, the older man sternly tells her that he will address her by her full name and she mustn’t argue like a child. Part of her mourning is also mourning the loss of her youth and individuality over the years.

On the other hand we have Sakina Samo playing Durdana Apa. While the drama purposely leaves out saas bahu fights, Durdana Apa makes sure to fill the void. Overbearing, she is critical of Mehru and her open hair and the fact that she can even look in the mirror when her husband is dead. Instead, her prime focus is throwing a grand food spread in honor of her dead brother that will have people talking about how delicious the food is. She is constantly worried about what people are saying and is less worried about the grief the family is carrying. She also has to constantly insert her importance even when she’s the least important person in that situation.

Usama Khan plays Affan, Mehru’s younger son. He’s shown to be somewhat careless and immature and his love interest is even worse. She’s more concerned about the dress code for the funeral than she is about her boyfriend and rather than consoling Affan she is constantly telling him that his father was old and so its no big deal if he died.

But episode 1 Dobara isn’t all gloom. Bilal Abbas Khan’s storyline offers a bit of relief and a bit of laughter. His character Maahir is shown to be an incredibly careless individual. With no job, he resorts to sneaking money out of his stepfather’s wallet and then spending it all on dinner with his girlfriend. His stepmother cannot stand him and his antics and they’re often butting heads and the dialogues are enough to earn a chuckle. It’ll be interesting to see how the immature Maahir from the first episode evolves in the later episodes.

The first episode of Dobara delivered all that it promised through its teasers and it’s going to be interesting to see how the story will pan out in coming episodes.