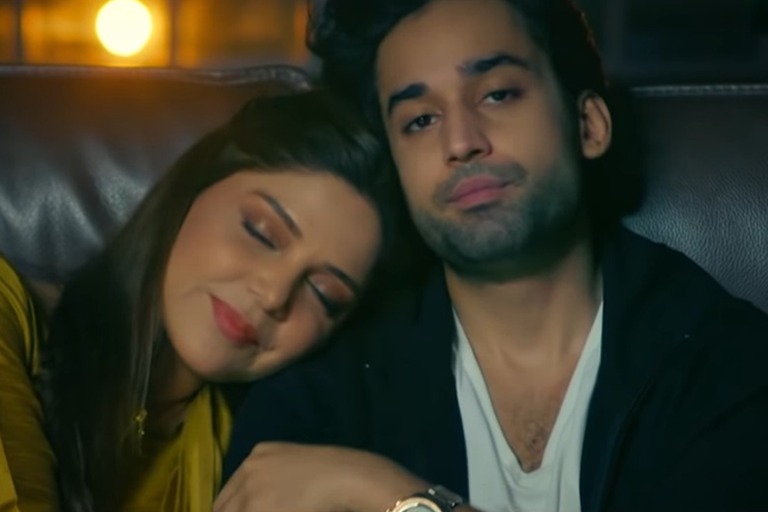 KARACHI: When Bilal Abbas Khan hinted at his return to the small screen with a new drama after Dunk, he created a considerable amount of excitement within his fan base. This was because as details of the new project emerged, fans learnt that his new drama titled Dobara would see a fresh new pairing with Hadiqa Kiani. Also because the upcoming drama features the likes of Sakina Samo and Usama Khan alongside Khan and Kiani. After a long wait, the teaser for the new drama is finally here and it isn’t what we would have expected at all. Here’s why.

Taking a break from the typical saas-bahu fights and the toxic love stories that are a common themes in the ongoing dramas, Dobara is going to touch upon a much different topic altogether. The official synopsis of the drama reveals, “When destiny gives her another chance to be youthful again she takes a leap of faith, but at what cost?”

From the teaser clip, we’ve been able to gather that the story is about the character portrayed by Hadiqa Kiani who marries a much younger Bilal Abbas Khan after the death of her husband. Considering how Usama Khan will play her son, we figured that she gets re-married later on in life. However, nothing is that easy in life and the new couple will have to face a lot of hurdles and criticism for their marriage and most of the reluctance will come from her own family.

In a haunting voice-over, Kiani reflects on who she needs to worry about the most when it comes to making her life decisions: from the people around her, from society, or from her own children? More importantly, she questions if she needs to worry about them in the first place. Bilal Abbas Khan is seen trying to maintain the balance in Kiani’s home but in a few brief seconds, we see him lose his cool as well. It will be interesting to see how the drama will play out and how the story will tackle a pressing issue in society.