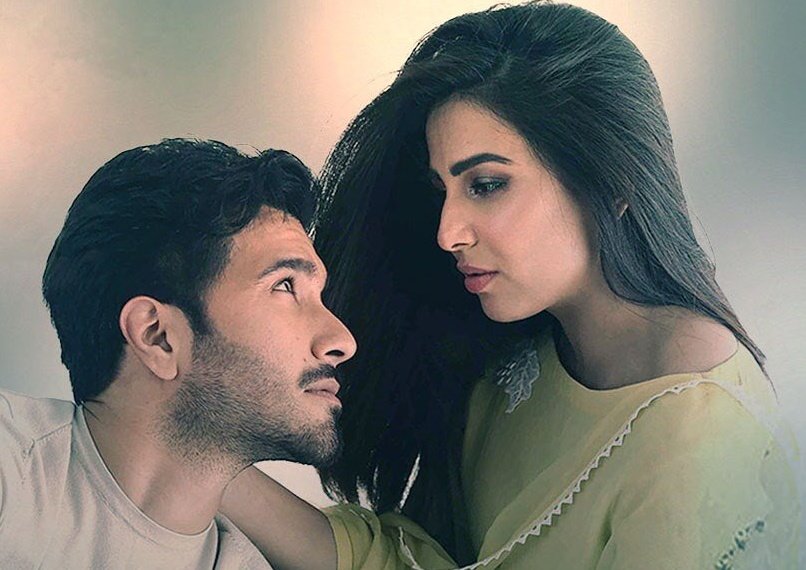 KARACHI: Drama serial Habs started off strong as it touched upon themes of broken families, harassment and betrayal. We were introduced to Basit (Feroze Khan) and Ayesha (Ushna Shah) who belong to two very different social classes and have lifestyles that are poles apart. Yet, both of them have struggles of their own. While Basit has all of his materialistic needs fulfilled, he is devoid of love and affection. Ayesha, on the other hand, lives in a house full of women. From financial issues to conflicts within family members, one problem follows another. Ayesha and Basit may live very different lives but with episode 5, their stories finally begin to overlap as Habs progresses.

Ayesha begins working at Basit’s organization and while she struggles to meet deadlines and have the right gadgets needed to work in a corporation, it is what she needs to pay her bills. However, if there is one character that we truly feel for, it is Basit. As a pleasant surprise, Feroze Khan has finally come out of his bad boy image and in Basit we see a character that we can truly empathize with. Khan sure did a good job at portraying an entitled man in numerous dramas earlier but as a broken adult, we see him excel even more.

Khan brings to life the constant state of battle that Basit is in. While he wants to fulfill his father’s last wish, the only person who ever truly loved him, he also cannot let go of his past. The flashbacks in episode 5 of Habs show the childhood trauma that Basit has carried on into his adult life. Watching his mother leave him (though involuntarily) as a child, Basit lost the ability to trust her, and ultimately, all women. He lost faith in love.

But Basit has also not entirely closed all doors. After seeking advice from a friend, he pursues Soha (Ayesha Omar), the girl his father wanted him to marry. Against all odds, Basit decides to marry her only for her to break off the engagement. Sure, he was not going to marry Soha for love but he was ready to commit to her. While Soha’s reasoning for breaking off the engagement can also be deemed as sensible, one cannot help but feel the hurt that Basit experiences.

While his personal life may be falling apart, viewers also get a chance to commend Basit for not letting it overwhelm him. Even though his anxiety makes it hard for him to function at the office, he knows that he will feel better after taking medication. He does not lash out on Ayesha who is merely there by coincidence during his breakdown. In fact, he calmly deals with her financial concerns and the need to take a loan from the office professionally. Regardless of the image he has of women because of his mother, he treats his female employees with utter respect and makes sure they learn on the job.

It is a breath of fresh air to witness a storyline that allows men to be vulnerable and for women to take charge of their lives, regardless of how difficult their circumstances may be. Ushna Shah looks convincing as a woman trying to hold her family and her house together. Feroze Khan shines as a broken man devoid of love but not of empathy. It will be interesting to see how Ayesha and Basit end up getting married and whether the marriage survives or not.