They say the first year of marriage is the hardest. They don't know what they're talking about 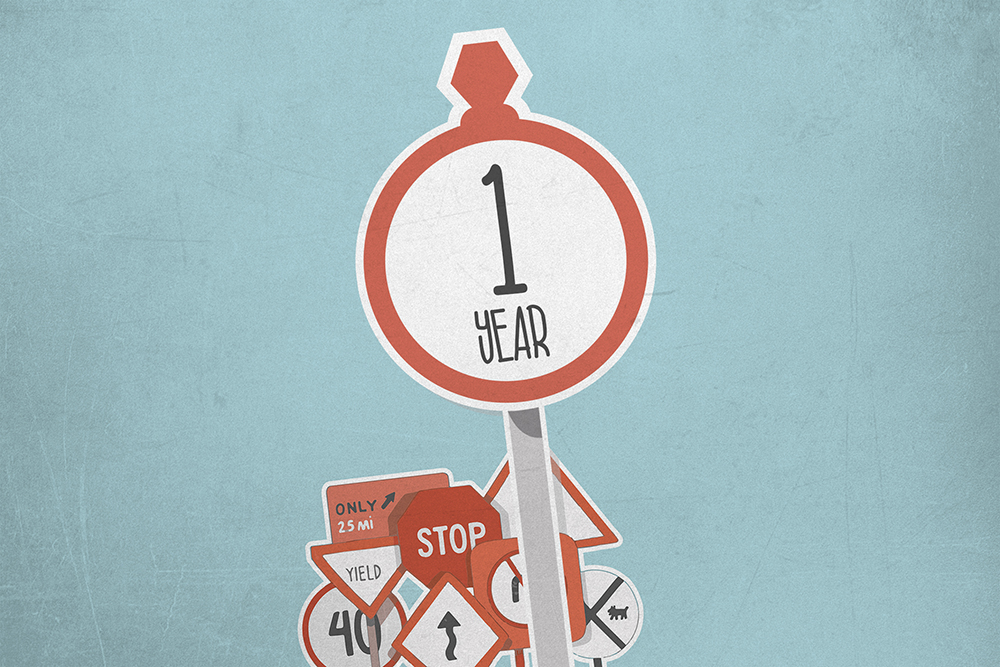 2. My first kiss and all the other firsts that followed

KARACHI: Once upon a time, a 20-year-old had her first kiss. The sun had just set on another year as she and her fiancé made their way to a New Year’s Eve party. She doesn’t remember whether it happened because of something she said or he did. But in that moment, everything around them blurred away as their lips touched just a little and then all at once.

The ‘firsts’ in any relationship are always considered a milestone. Be it the first time you saw each other or your first date, your first selfie together or the first time you said “I love you” to each other, all of this is the kind of relationship stuff you build solid memories around. If it lasts, that is. Otherwise it just turns into bitter memories you want to keep locked away forever.

But then there are also some ‘firsts’ that are bigger than other ‘firsts’. For instance, the first time you realised he or she was the one or the first time you discussed how marriage may be on the cards. And there’s all that other, more ‘adult’ stuff: your first child, your first house, your first car, your first vacation, your first grandchild. I mean, the list goes on and on. However, all these things are supposed to be positive turning points. Something you look forward to or aim for.

Why then is there this one ‘first’ that’s so dreaded, it actually feels like a relief to be done with it?

This antithesis of all firsts is the first year of marriage.

Perhaps if one were to make an analysis of the first month or two of a marriage, a lot of it would show the aftershocks of the wedding. Desi weddings have always been this huge event where emotions run high. If everyone’s happy they’ll dance till they drop and if they’re not they’ll fight until the bride and groom become involved as well. That’s just how it is. So naturally when the couple starts their life together, it comes with all that baggage of “your aunt said this to me” or “or your father said that to me”, which is quite challenging to deal with.

But when the dust settles and you begin to settle down, that is when the real trouble begins. You start arguing over the most ridiculous things such as the side of the bed, the toilet seat, or, if you’re anything like me, then about sleeping in the dark or with some sort of light on. Now if you’re lucky, these disagreements can bring you closer because you’re getting a real chance to know your partner better. And this is not the same person who seemed so perfect from behind the screen of a smartphone. This is a real human being with flaws, which is a great feeling to come to terms with.

Fortunately, in my first year of marriage, I have seen more ups than downs. And even those downs eventually turn into ups. And I think there are two reasons for why that is and they are both intertwined. The first is love obviously as my husband and I had been in love for almost four years before we got married and the second is that we never acted like we knew each other from before. Yep, that’s right. We didn’t walk into our marriage pretending we had everything figured out about one another. Instead, we took it one day at a time and never left out an opportunity to get to know each other.

Humans are multidimensional and aware of it. If you make someone feel like you have them all figured out, they won’t like it. And that is what makes the ‘firsts’ of any relationship so important because in those instances you don’t know how you’ll act. It’s a chance to discover something new about the other person.

So instead of making your first year of marriage about closing the chapter on having any other ‘firsts’ and settling down with ‘lasts’, make that first year about firsts alone. Every story you tell each other, pretend like you’re hearing it for the first time. And it will sound magical again.

I mean, I’m no expert. I still have six months left for the first year of my marriage to complete but I’m not counting the days for it to be over either.