How to tell if you're in an emotionally abusive relationship 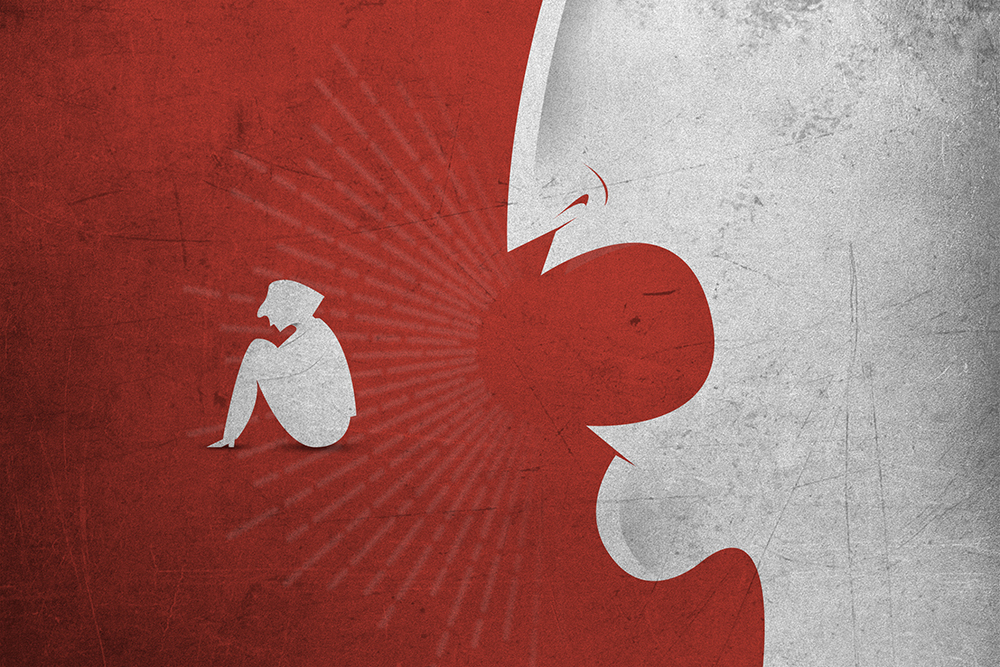 1. Should you break up with him?

KARACHI: Thanks to the way women have been treated over last few centuries (or forever), their understanding of an abusive relationship is a little limited. How many of us can say that we’ve heard a friend/colleague/relative say this line before, “At least he doesn’t hit me”? This is perhaps why it takes women so long to understand and identify that they’re in an abusive relationship, and sadly, they’re almost never able to get out of them even if they know that they are in one.

Of course, one sure shot way to know if you’re being abused is if you’re being physically assaulted (pushed, beaten up, slapped), but there are other ways in which a person can be abused. Cutacut lists down the ways in which women are emotionally and psychologically abused in relationships and if these signs sound familiar, it’s time to reevaluate the relationship and try to get out of it (which will be hard because abusers do everything in their power to make you think that you can’t do better than them).

1. He keeps you away from your friends

An abuser will try to isolate you from your friends and family in order to make you more dependent on them so that even if you try to think about leaving, you have nowhere to go to. So whenever your partner is making plans, see if they’re always with his friends or colleagues. Does he ever encourage you to invite your friends or make plans with them? Have you become distant from your own circle? It’s always best to keep your closest friends around, no matter how exciting the relationship seems at first.

2. He doesn’t encourage or support your interests

Basically, any time spent away from your abuser is time that you could be making new friends, meeting new people, developing new hobbies, and abusers don’t want that to happen. That’s another way of isolating you so that your life revolves around them.

While at first the idea of a suspicious boyfriend/husband doesn’t sound THAT bad, it can become emotionally draining with the passing of time. He suspects you if don’t answer your phone soon enough, he suspects you when you smile at your phone while reading a meme. If you sleep more than you normally do, if you dress up more than usual. Basically, he’s always on the lookout for signs that you’re about to leave him so he’ll see things that aren’t there. Does your significant other trust you, or is he always accusing you of things? If not, then here’s another sign.

What makes this tricky to detect is that sometimes, he’ll do it jokingly. He’ll make fun of your weight or the un-waxed hair on your upper-lip, making you feel conscious about your body. Other times, it will be subtle. For instance, he’ll tell you to always wear heels if you’re shorter than him, or forbid you if you’re taller. He’ll often talk about other women and how fit/good-looking/intelligent/successful they are, in a bid to make you feel insecure about yourself. That often leads to women thinking that they aren’t good enough and perhaps will never find anyone better than their abuser.

Gaslighting means to psychologically manipulate someone into questioning their own sanity. Many women often believe that they’re the ones who’re acting ‘crazy’ or unreasonable in the relationship. That’s because their significant others do certain things to achieve that. For instance, they might lie blatantly or go back on their words a lot. They’ll constantly make you feel like your feelings aren’t real or are inappropriate. “Why are you making such a big deal out of this? Why are you overreacting?” are some common things that they’ll say. They’ll use your words and feelings against you. All these things end up convincing women that they are the one’s being unreasonable, not the abuser.

6. He threatens to kill/hurt himself

If you decide to walk out of the relationship, they won’t let you go. They’ll emotionally blackmail you and even threaten to kill or hurt themselves. In some rare case, they might physically harm themselves to scare you into staying. If you’re stuck in a relationship because you’re afraid that he will kill himself, then reach out to a mutual friend to make sure you get out of it while also ensuring that if your significant other is suicidal, (which abusers usually aren’t) he receives help as well.

This story is part of a series, Young Love, which is updated weekly.