Actors who are constantly typecast in dramas

They play the same characters over and over again and have very little to offer in terms of diversity in their craft. 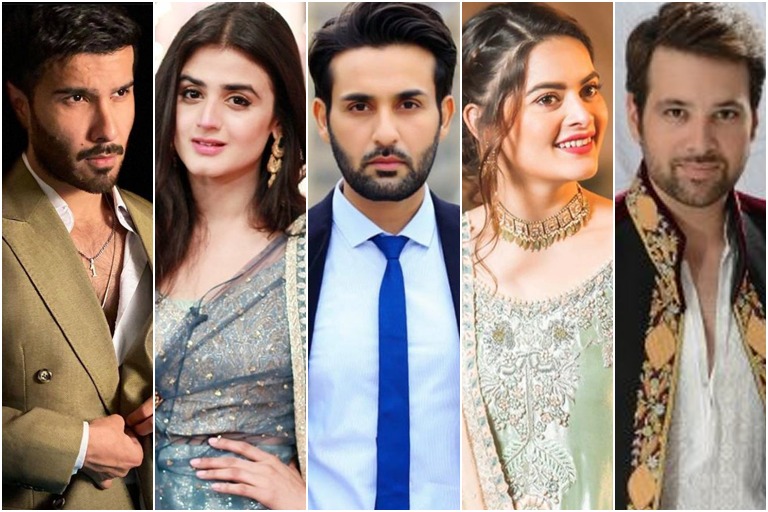 KARACHI: Acting is no easy feat. It requires a lot of effort and actors often have to push themselves out of their comfort zones and embody characters that they might not be able to relate to. But that’s the beauty of acting and each new role is a testament to the fact that the actor is in fact diverse in their skillset. Unfortunately, there are a handful of actors who didn’t seem to get the memo. Instead, these actors have fallen prey to typecasting. Despite having a lot to offer in terms of their craft, they continue to opt for characters that they have been playing in the past. As a result, they don’t have anything refreshing to offer. Here’s our list of actors who are caught in the web of typecasting and can’t seem to get out.

Hira Mani – The girl who is always taken advantage of

It seems as though Hira Mani is really cashing in on her girl next door persona. That’s the only explanation we have as to why she only chooses to play the role of the too-good-to-be-true girl/ daughter who is inevitably taken for granted. Case in point: Mohabbat Na Kariyo, Dil Mom Ka Diya, Kashf, etc. Hira Mani’s character can’t seem to get a break no matter what she does. From her conniving sister to her morally corrupt father, she is constantly taken advantage of. You’d think that getting married to a sane man would end her bad luck but even then her suffering doesn’t end to the point that her husband has to tell her to grow a backbone. Which, surprise surprise, never happens.

In her latest drama, things aren’t any different. In Yun To Hai Pyar Bahut, her character is practically a saint who worries about everyone but herself and yet no one worries about her. In the very first episode, Mani’s character is literally drowning in responsibilities but her spoilt sister throws a tantrum because she’s late for the birthday cake cutting ceremony. To top it off, her mother doesn’t waste any opportunity to remind her that she needs to get married. But not once will Hira Mani’s character take a stand for herself. A similar trend was seen in Dil Mom Ka Diya as well which begs the question: will the day ever come when Hira Mani plays a character who puts herself first?

Affan Waheed – The too good to be true husband/lover

It seems as though Affan Waheed and his choice of characters are the male version of Hira Mani’s characters. Fans have seen a pattern in which Waheed is typecast as the too good to be true husband/lover. The best example is his character in Shehnai that recently came to an end. The ever obedient son, Waheed agrees to marry a girl of his family’s choice even though he is in love with someone else. Throughout the drama, he helps Ramsha Khan’s character in whatever plans she makes with her boyfriend, is ever so chivalrous and supporting, and constantly takes the blame for whatever goes wrong. We’re not sure where you find guys like Waheed’s character, but signs us up!

In another example of typecasting, Affan Waheed plays yet another uber sweet and loving husband in Pardes. The kind who tolerates just about anything that is thrown his way and feels no qualms in doing so because he does it out of love for his wife. While it’s great to see supportive husbands on screen, we are glad that Waheed took a break from this kind of typecasting and opted for a more brooding role in Yun To Hai Pyar Bahut.

While we’re on the topic of too good to be true husbands and typecasting, it would only be fair to mention Mikaal Zulfiqar and his penchant for playing terrible husbands. This has been an ongoing pattern for the actor and has come to the point that the actor has become monotonous in his roles. It started way back in 2011 when he starred in Paani Jaisa Pyaar as a husband who could not accept that his wife had been raped and chose to go on to have an affair. Fast forward to 2015, he plays a similar role in Sangat and the pattern continued all the way through in 2019 with Ruswai, where again his character could not accept his wife’s trauma and went on to have an affair. Other examples of him being a terrible husband who isn’t loyal to his wife include Khasara and the recently concluded Khwab Nagar Ki Shehzadi.

For once, we’d actually like to see Zulfiqar play a good guy.

It seems as though Minal Khan really enjoys playing the passive and easily manipulated heroine. It’s almost become a trend to see her character get slapped, not just by her husband but by everyone else around her as well. A case in point was her portrayal of Rabi in Nand.  It seemed as though in the entirety of the 60 to 70 episodes that were aired, the only dialogue Minal Khan uttered was, “ap mera yaqeen karain, main sach keh rahi hun” (trust me, I am telling the truth). This is all she said whilst being accused of having an affair, getting slapped by practically everyone, having a knife pointed at her, losing her child and getting divorced. Sis, you really need to use that voice of yours!

In Ishq Hai, Minal Khan’s character is yet again getting slapped around by the male members of her family. All because she’s unable to tell them that she didn’t run away but was forced under gunpoint to get married to Danish Taimoor. However, there is a moment in the drama where it seems as though Minal Khan’s character finally takes a stand for herself against Taimoor’s evil mother and cousin. But that was short-lived and we’re back to seeing her play the passive victim.

If you want an actor to play a lovelorn majnu who pines after the one girl who he shouldn’t be pining after and goes to the extremes to get said girl, call in Feroze Khan. It all started when he played Mir Hadi in Khaani who becomes infatuated with the sister of the man he killed. His expressions of love range from threatening her, to wooing her to kidnapping her. All in vain obviously. The same pattern continues in Ishqiya where Khan plays the majnu who decided to get revenge on his ex-girlfriend who didn’t marry him (out of no fault of her own) by marrying her sister. He continues to play games with his ex while falling for the sister and ends up causing a whole lot of damage to both girls. The ongoing Khuda Aur Mohabbat 3  is no different. Staying true to the typecasting, Khan plays the role of a man who falls for a girl out of his league who isn’t even interested in him. His interest in her becomes obsessive, he follows her around and curses her for not loving him. Feroze Khan’s characters are the perfect depiction of the toxic men we don’t need in our lives.