The drama reinforces the stereotypes of an evil sister-in-law, a helpless bhabi and misuse of power by men 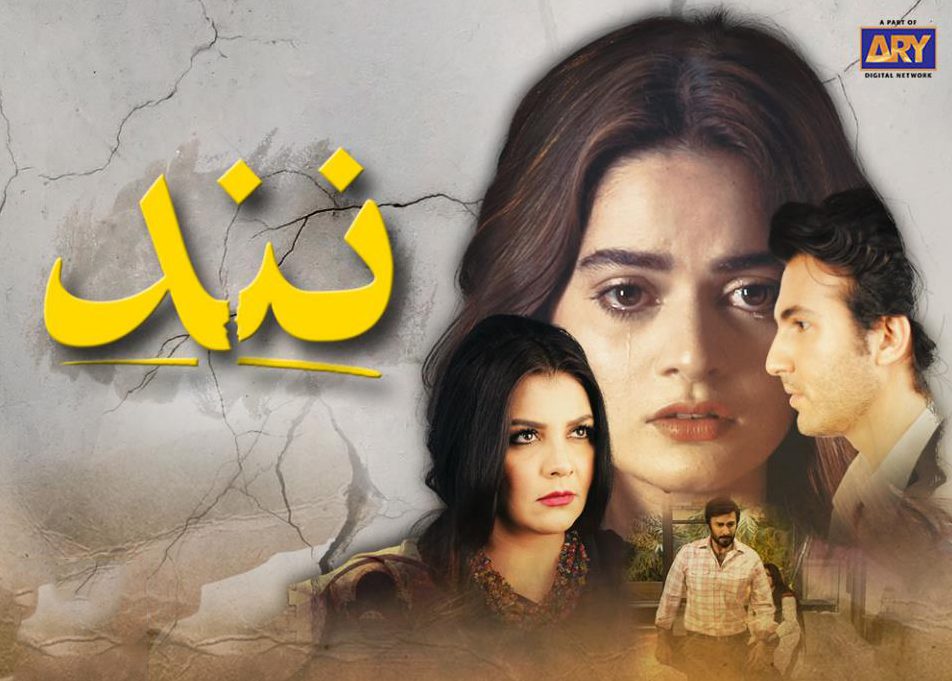 KARACHI: A love triangle, atleast one evil in-law, and a few slaps – that seems to be the standard recipe for our local television dramas lately. Add a knife to the scenario and the drama is good to go. ARY Digital’s Nand had a combination of all of these, along with other elements which made it entirely unsuitable for families to watch. As the title suggests, the drama focuses on a nand named Gohar (sister-in-law played by Faiza Hasan) who is the eldest of three siblings and goes to all measures to have her brothers (Shahroz Sabzwari and Ayaz Samoo) divorce their wives. Much of the plot is moved forward by Gohar’s manipulative nature and plans against other characters in the drama. Of course, like every mainstream drama, every character is blind to Gohar’s intentions and falls prey to her plans.

While the storyline was a predictable one, the serial itself reinforced many notions prevalent in our society. Here are some of them.

The very title of the drama has a negative connotation to it, paired with the poster and Gohar’s acting. In Pakistan where terms like nand and bari phuppo (paternal aunt) are already used to describe a woman who is often evil and disliked, the drama reinforced the idea of a bad woman.

In complete contrast to Gohar’s character is Rabi (Minal Khan) who plays the role of the dumb, helpless woman. It is evident that Gohar hates any woman who enters her brothers’ or husband’s life and being the bhabi, Rabi is Gohar’s favourite target. Gohar plans against Rabi in a way that the latter is accused by her husband of having an extra marital affair, loses her baby, and is divorced. Of course, throughout it all, the only words uttered by Rabi are “ap mera yaqeen karain, main sach keh rahi hun” (trust me, I am telling the truth) topped with a helpless tone and tears. The damsel in distress then has the fate of marrying Gohar’s husband, what happens next is quite obvious.

Minal Khan’s character is an entirely helpless woman who does not know how to speak up for herself and is ‘good’ enough to tolerate whatever is thrown her way, be it verbal or physical abuses. During the sequence in which Gohar accuses Rabi of having an affair with her husband (Aijaz Aslam), points a knife at her, and forces Saqib to divorce her, all Rabi manages to utter is “aapi”. Is it Minal Khan’s acting skills which did not leave much room for variation in her expressions as well or was the character supposed to maintain a poker face while her life turned around?

Slapping women has become a norm in our dramas. In fact, violence by female characters also continues to increase with serials like Mohabbat Tujhe Alvida and Nand casually showing one female character point a knife at the other in a family setting. Gohar picks up the knife to kill Rabi twice in Nand, the second instance being in front of a child. For a drama which otherwise tries to teach kids about good touch vs. bad touch and staying away from strangers, what is it trying to achieve by making children witness violence to this extent?

Misuse of power by men

Of course, Gohar is the main culprit in the drama and exploits her family to every extent. She misuses the power that her family has given her when it comes to making decisions. However, the male characters seem to have little control over their temper as well, and logic has little role to play in the whole situation. Ayaz Samoo’s character, Hasan, accuses his wife of adultery, kicks her out of the house, brings her back at one point to keep her locked while her father passes away in an accident. Hasan also has divorce papers prepared for his wife just in case he needs to use them. He then has the audacity to ask his wife to take him back once he finds out that all of his allegations were false.

Jahangir (Aijaz Aslam) is very well aware of Gohar’s manipulative nature but each time she plots against Rabi and accuses her of something which never happens, Jahangir begins to doubt Rabi. At one point, he also takes her phone away and forbids her from leaving the house. Jahangir and Saqib, both, also slap their wives on numerous occasions, because of course, that is the ultimate form of disrespect towards a woman and an act of power by a man.

Perhaps the only saving grace for drama serial Nand came in the form of Maha Hasan’s character, Farwa. A strong headed girl, Farwa steps in for Rabi whenever she can and knows that she can file an FIR if anyone dare hit either of them. Accused of adultery, Farwa does nothing to ‘prove’ that the child is in fact her husband’s and refuses to see his face. The drama ends with Hasan never having met his daughter and regretting the choices he made.