The Shaista Lodhi, Atiqa Odho, Dur e Fishan and Affan Waheed starrer finally sees some developments after dragging the story during the past few episodes 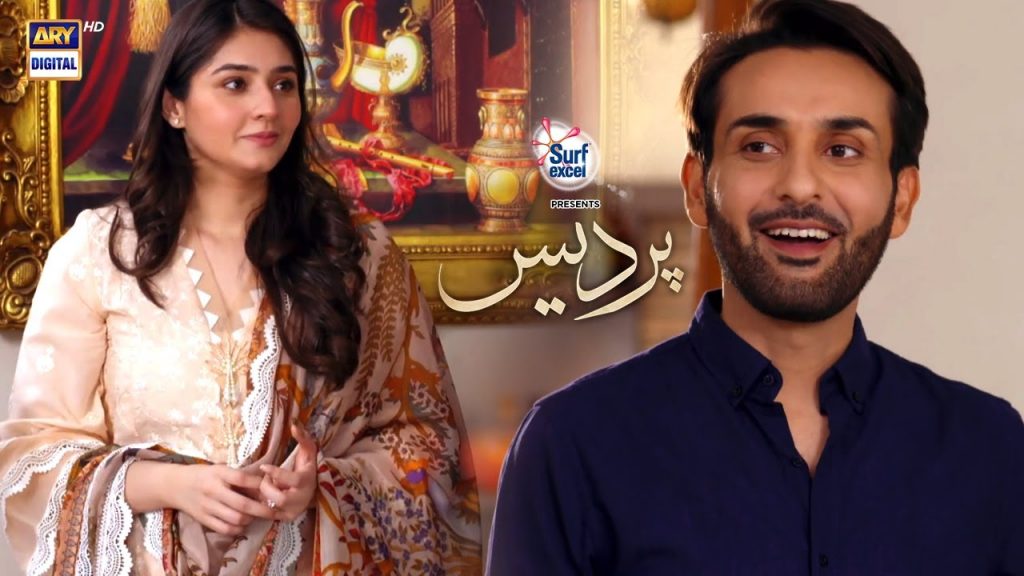 KARACHI: With Marina Khan serving as the director for Pardes, it does not come as a surprise that despite a very simple storyline the drama continues to win hearts. First, it was the painful story of a couple, played by Shaista Lodhi and Sarmad Khoosat, as they struggled to connect amidst an interfering and selfish joint family. Then, it is their daughter Aiman, effortlessly played by Dur e Fishan, and her husband Ebad, played by Affan Waheed, who are stuck with annoying and dominant family members. During the last few weeks, it felt repetitive as Aiman kept trying to please her mother-in-law while staying away from her husband. But thankfully, the recent double episode (27 and 28) of Pardes had some developments.

Ebad and Aiman finally pass their exams. The two are expecting their first child while Ebad also gets a job offer in the recent episode. Happy with her son’s progress and the news of having a grandchild, Atiqa Odho as Aiman’s mother in law finally accepts her with open arms. She also takes a stand for the future of her family and shares her decision of separating the kitchen with her thankless stepchildren. Things finally seem to take a positive turn for Aiman as she is being rewarded for her patience. However, she is not submissive nor she tolerates mistreatment like her mother Zubeida who put others’ happiness over hers all her life.

Zubeida, brilliantly portrayed by Shaista Lodhi, is at peace knowing she hasn’t harmed anyone and she will have the best outcomes out of life, for her as well as her children. Her brother-in-law Asim and his wife, on the other hand, are always under stress due to their irresponsible son who keeps them on their toes. The promo for the upcoming episodes hints at how it is going to get worse for them as they reap what they sowed years ago. Certainly, what goes around comes around!

What did you think of episode 27 of drama serial Pardes?