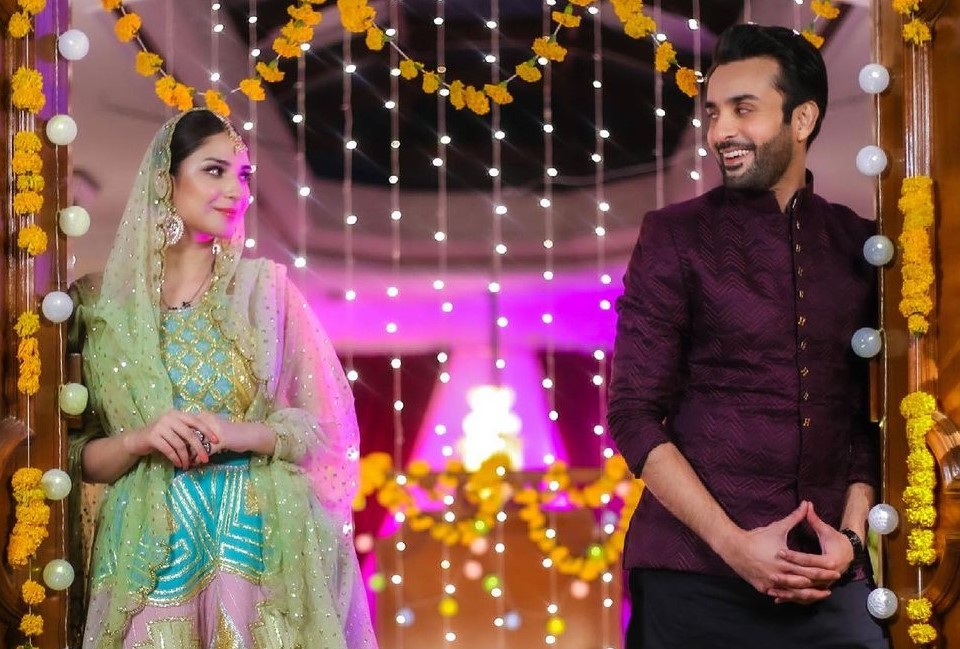 KARACHI: With a bunch of new dramas airing on television at the moment, Shehnai caught our attention from week one. Dealing with a sensitive topic like the pressure of marriage in a humorous manner, drama serial Shehnai has a talented cast and impressive characters. While the central theme of the serial, directed by Ahmed Bhatti, remains a popular one, the way in which it has been dealt with deserves to be commended. Here are some reasons why we think Affan Waheed and Ramsha Khan-starrer Shehnai can be used as a leading example for other dramas to follow:

Sticking to the point and presenting crisp scripts is not our industry’s forte. In a country where television is an important source of entertainment, storylines are often stretched way too much and often lose their charm. However, team Shehnai feels no hesitation in pushing the plot forward with each episode. The characters hold no secrets from their audiences nor is unnecessary time wasted in the name of suspense. Bakht’s (Ramsha Khan) and Meerab’s (Affan Waheed) intentions are also clear from the get-go and the two are able to communicate the same to each other. Their wedding festivities have also begun and Samreen (Maham Amir) is staying in the same house, ready to confront Meerab’s family any moment. Hence, no time is wasted by the characters or the storyline.

Women have a voice

As soon as the drama began, Bakht came across as a strong-headed woman who knows how to respect her parents and their feelings without being a scapegoat. She feels no hesitation in telling Meerab that she is interested in someone else nor does she pretend to be happy with her marriage even after her love interest Hunain (Hammad Shoaib) betrays her. For reasons like these, Bakht continues to be one of the strongest female characters on screen at the moment. Samreen, too, is a confident woman who will not be fooled by Meerab or anyone. She knows how to fight for what she wants and does not pretend to be a passive character in her own love story.

Every character serves a purpose

It is true that Shehnai has quite a few characters to keep track of, given that Bakht lives in a joint family. However, each character has a purpose to serve. Unlike dramas like Chupke Chupke that has a family tree that is almost impossible to make sense of, Shehnai has well-defined characters. While some are present for comic relief and others for dramatic effect, each character helps in moving the plot forward. Shehnai also makes sure that enough screen time is given to each actor, and leaves room for love stories other than Bakht and Meerab’s to flourish.

Shehnai is being aired every Thursday and Friday on ARY Digital during Ramzan but even with two episodes each week, the story continues to be enjoyable and constantly evolving.

Hira Mani and Affan Waheed back on set for new drama

Iman Vellani excited to be the new Ms. Marvel