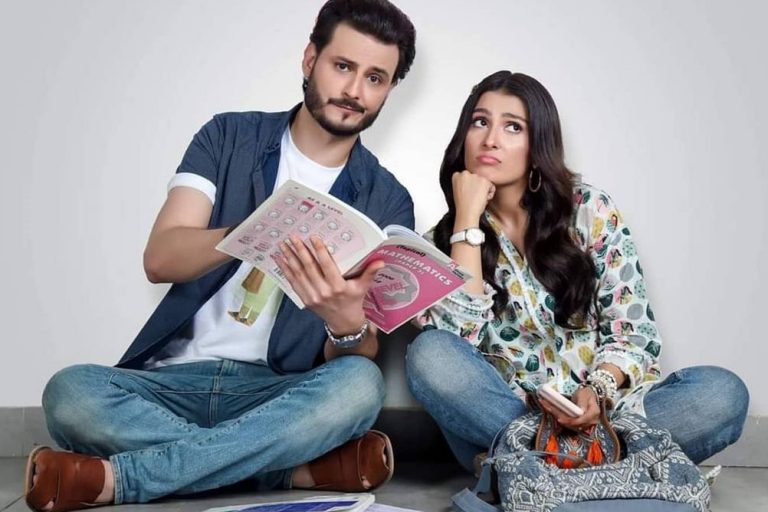 KARACHI: Ramadan usually marks the start of a month of lighthearted Pakistani dramas. Beyond the crying, the saas bahu fights and doom and gloom, Ramadan series are usually a breath of fresh air. Perhaps that is why fans had a lot of expectations from Hum Tv’s new drama Chupke Chupke. Written by Samina Akram, who also wrote the Suno Chanda series, and featuring a star studded cast including Osman Khalid Butt and Ayeza Khan, one would expect great things from Chupke Chupke. Instead, the first episode left us with a lot of questions and not enough answers.

The story is about the families of Bebe (Asma Abbas) and Amma (Uzma Beg) who are the first and second wives of Dada (who isn’t alive). Just like any sautans, the two women are constantly competing against each other and while their children and grandchildren are immune to family politics, they all are involved in one way or another.

Let’s jump into the ten thoughts that crossed our minds while watching the first episode:

1. That’s an O level pastpaper book. Are you trying to tell me that Ayeza Khan is meant to play a teenager?

3. Wow, there are way too many characters in this show. Who is who?! How will I remember all of their names?

4. Ayeza Khan is the complete opposite of what Osman Khalid Butt wants. Obviously they’re going to fall in love. What’s new?

6. Farhan Ali Agha is such a desi dad mood.

7. If Aadi Khan’s character isn’t Ayeza’s brother, who is he?

9. Why was Mishi (Aymen Saleem) dressed like she was going to her brother’s wedding, when they were only going to visit a girl’s house?!

10.Could Osman Khalid Butt’s character get more pretentious? I wouldn’t want him for a teacher or a cousin.

Here’s to hoping that the next episodes of drama serial Chupke Chupke give us a little more clarity!