After doing a hilarious dramatic reading of Meera jee's tweets in a video nearly seven years ago, the actor finally gets a chance to work with her in an upcoming film 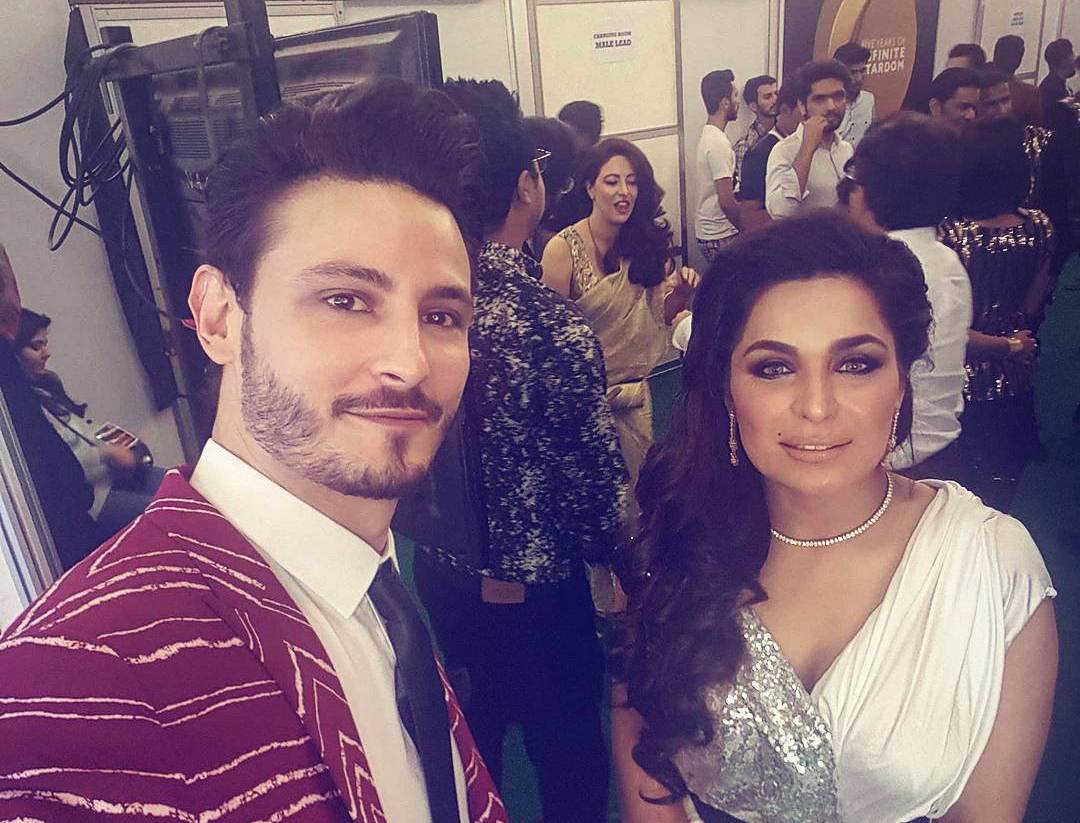 KARACHI: Who can forget the video that made us first notice Osman Khalid Butt’s wit nearly seven years ago? Back in the day when Butt wasn’t the big-shot TV and film actor he’s become now, he was a vlogger who put up hilarious content on YouTube that usually made fun of Pakistan’s entertainment industry (but not in a sarcastic or spiteful way). He once made fun of the hit TV serial, Humsafar, starring Fawad Khan and Mahira Khan in lead roles. He poked fun at TV host Maya Khan’s hunt for young couples who would go on dates at public parks. But the one video that really stood out was the dramatic reading of actor Meera’s tweets, titled ‘Battle Royale: Meera vs. the English Language’.

It seems as though Butt will finally get a chance to work alongside Meera Jee as it has been announced that the actors are all set to star in Saqib Malik’s upcoming thriller film. We wondered whether Meera Jee has seen Butt’s famous video and if the two actors have had a conversation about it. “It seems as though she forgets about the video every time I meet her,” Butt shares with Cutacut. “Over the past couple of years, I’ve had the pleasure of meeting her on several occasions such as award shows, and every time I meet her I tell her about that video and she always seems surprised. She says she’s seen it but I don’t know if she actually has.”

Read: Can we please talk about how underrated Meera Jee is?

But all jokes apart, Butt reveals that he is thrilled to be working with her because he’s her biggest fan. “I’ve seen and loved her in films such as Inteha and her debut film, Jeevan. Unfortunately, today’s generation only knows the social media side of her and isn’t familiar with her work,” he reveals. This is why Butt was thrilled when he was offered a role in a film that is touted to be Meera’s big comeback to Pakistani cinema.

“Let me just say that Meera is the most committed actor that I have ever come across. She stays on cue for hours and doesn’t break out of character. She’ll always be up for doing the shot again. She’ll say ‘Saqib let’s try that again, let’s do it even better’. But the best part is that she’s extremely professional on set and isn’t a diva at all, which is not what I was expecting. This film is a really huge deal for her and I’m excited to be working with her on it.”

While Butt can’t reveal too much about the film as yet, all he can say is that it’s a “gritty, edgy film” and is bound to “ruffle up some feathers”.

I interrupt this hiatus to give news I've waited the better part of a year to announce:
I'm starring in Saqib Malik's debut film (been a long time coming!) #Baaji opposite Amna Ilyas, Mohsin Abbas Haider, Ali Kazmi, and –
Meera.
Yes, you heard that right. pic.twitter.com/tLeXDNnFhH