It's Fahad Mustafa against himself 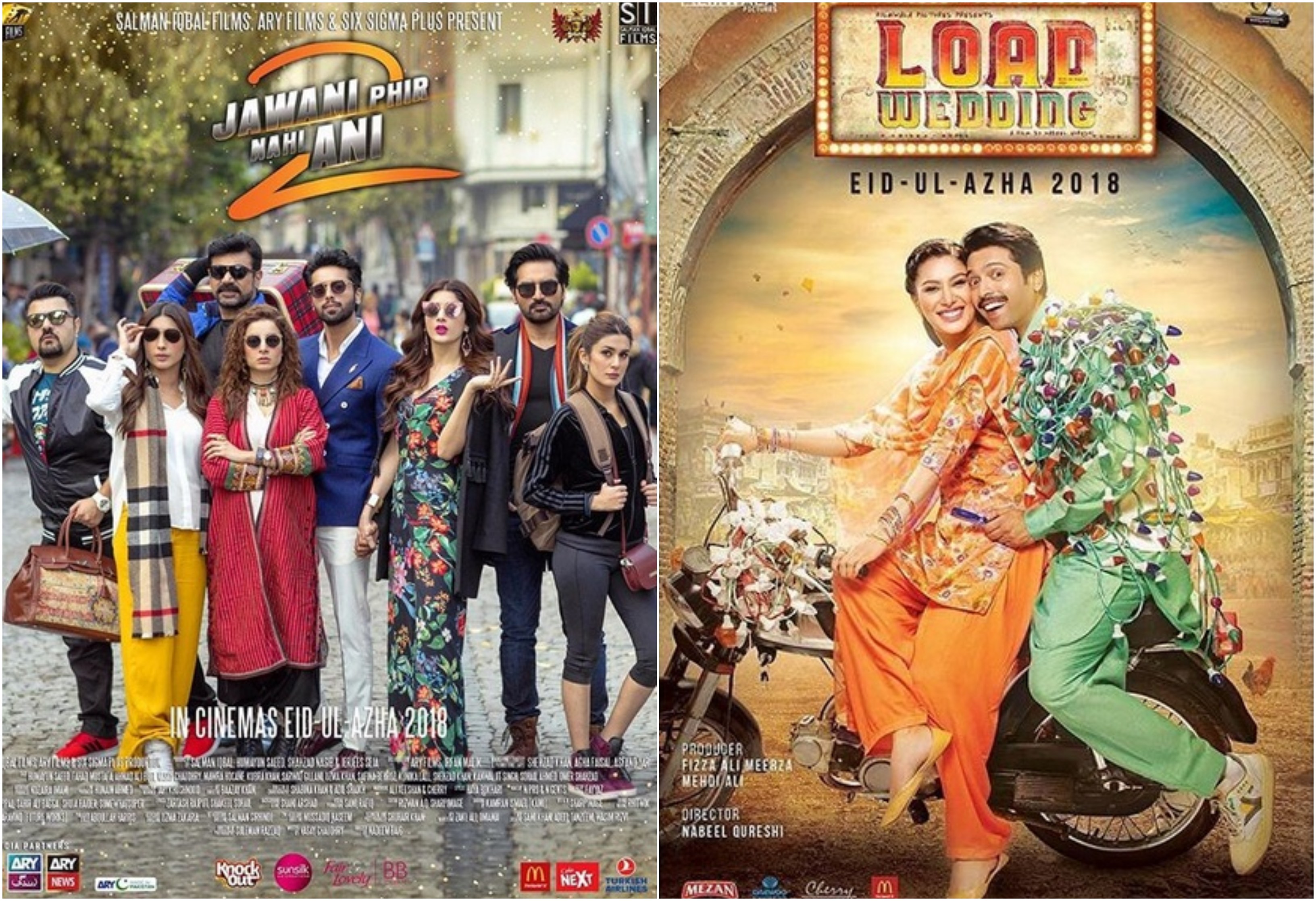 KARACHI: It’s becoming common practice: two of Pakistan’s biggest film directors, Nadeem Baig and Nabeel Qureshi go neck and neck on Eid with their films to see who wins big at the box office. Last year, Baig and Qureshi battled it out with Punjab Nai Jaungi and Na Maloom Afraad 2. While both films did extremely well, it was Baig who walked away with a huge box office win (PNJ earned close to Rs500 million).

It seems as though both filmmakers are competing again as Baig’s Jawani Phir Nai Aani 2 and Qureshi’s Load Wedding are ready to hit the theatre on Eid ul Azha again. While JPNA2 has released the trailer and Load Wedding has released it’s teaser, it’s enough to compare the two and see which one looks more promising. Also, another thing both films have in common is Fahad Mustafa in a lead role.

JPNA2 has an insane amount of star power: Along with Mustafa, JPNA2 has Humayun Saeed, who pulls people to the cinemas like nobody else, Mawra Hocane, Kubra Khan, Ahmed Ali Butt, Sarwat Gillani, Vasay Chaudhry, Uzma Khan and Omer Shahzad whereas Load Wedding rests on the shoulders of Mustafa and Mehwish Hayat alone. JPNA2 clearly is a glamourous, urban story, while LW caters to the traditional, rural side of Pakistan.

LW‘s teaser looks striking because of the beautiful visuals but of course we can’t decipher the story much since they have only released a teaser. JPNA2 has a disjointed, poorly cut trailer which looks more like a show-reel of different shots from the film.

Both films have their own strengths and weaknesses but we think it’s Qureshi’s turn at the box office this year.