Iman Vellani excited to be the new Ms. Marvel 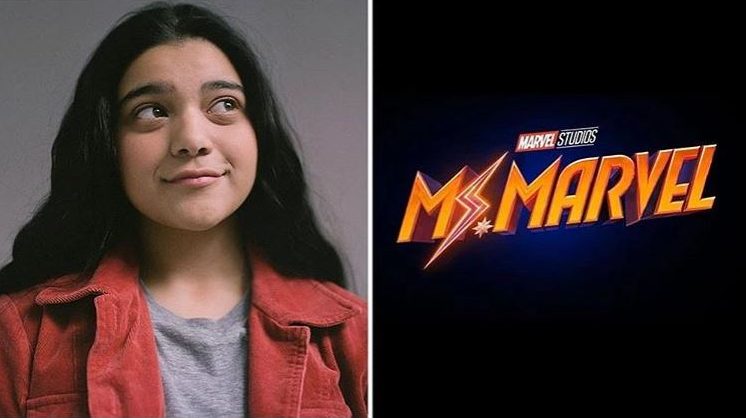 KARACHI: Iman Vellani is all set to play Ms. Marvel – Kamala Khan, a Pakistani-American female superhero soon to be launched by MCU. The 18-year-old took to her Instagram to break the news and we can barely contain our excitement!

The latest addition to Disney+, Ms. Marvel’s story will be directed by Oscar Award winner Sharmeen Obaid-Chinoy alongside Meera Menon, Adil El Arbi and Bilall Fallah. The comics have been adapted into a screenplay by British writer Bisha K. Ali.

Kamala Khan is the fourth superhero to use the alias Ms. Marvel. The title has been previously used by superheroes like Carol Danvers who acquires her superpowers through a Kree explosion, Sharon Ventura, also known as the She-Thing and appears in the Fantastic Four comics as well, and Dr. Karla Sofen, who is a doppelganger of Carol Danvers and also known as Moonstone, a major supervillain of the franchise.

Finally, we have Kamala Khan, who first appeared in Marvel comics in 2013. This superheroine is a 16-year-old Pakistani-American who is a watchful protector of her neighborhood in New Jersey. Her character idolizes Carol Danvers. Iman Vellani will be playing this version of Ms. Marvel.

Describing her character, Marvel wrote, “With an inhuman ability to alter shape and size, the newest Ms. Marvel employs an idealistic attitude as much as any power to make the world a better place.”

This version of Ms. Marvel played by Iman Vellani will showcase superpowers like bioluminescence, morphogenic abilities, polymorph, shapeshifting, healing factor, superhuman speed, superhuman strength and the power of representation. Kumail Nanjiani has something new to be excited about as the actor takes to his twitter to express his pride over Iman Vellani making it to the list of MCU superheroes.

I just saw they cast Ms. Marvel and legit got teary eyed.

Congratulations Iman Vellani! Your work is going to mean so much to so many people, myself included. I can’t wait.

“Your work is going to mean so much to so many people, myself included”, wrote Nanjiani. We really hope its true, and our hopes have gone up after Marvel aims to address the character’s life as a Pakistani Muslim living in America.

“Prior to her metamorphosis, the Muslim American youth dealt with problems like balancing her family’s religious and spiritual beliefs with the society she lived in, not to mention fitting in at school and other typical problems facing a girl her age,” states Marvel while also adding that she will be appearing in more upcoming films.