Kumail Nanjiani is super excited for Eternals and so are we

Featuring Nanjani in a lead role, Eternals is all set to release in 2021 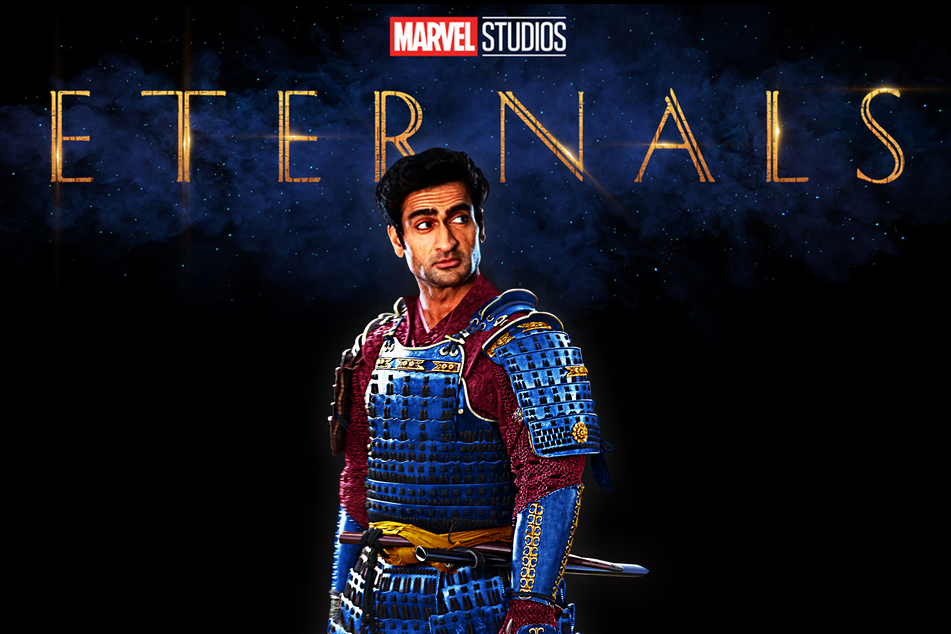 KARACHI: Our excitement grows with every upcoming marvel movie, but nothing matches the excitement Kumail Nanjiani has shown towards the release of his upcoming film, Eternals.

Replying to the @eternalsnews on Twitter, the star tweeted admitting that there isn’t enough information available on the film as of yet. The Marvel film was all set for a 2020 release but due to the pandemic, the date has been pushed to February, 2021.

I know there isn’t much news yet! I’m in the dark too, trust me. I can’t wait for it, whenever it comes.

But I promise the movie will be worth the wait. It's the most exciting, fun, epic, thrilling, hilarious & moving project I've ever been a part of. And it's massive. The scale of it is unlike anything I've ever seen. I would walk on to shoot and be awestruck by the sets every day.

But he promised that the movie will be worth the wait for the “exciting, fun, epic, thrilling, hilarious and moving” project it has been for him.

Fans have mirrored his excitement on the grounds of brown representation in MCU, as well as on their own expectations from the comedian-actor.

As person from the Uk, but background being from Karachi, cant wait to see u represent us brownies in a marvel movie

Lauding the director of his film, Kumail Nanjiani tweeted about his experience. He told his fans how working with Chloe Zhao has been the most thrilling and satisfying experience of his career.

Working with Chloe has been one of the most thrilling and satisfying experiences of my career. I'm excited to see her films for decades to come & grateful I get to be a small part of one of them. A visionary & a true filmmaker. https://t.co/kcVmfjFX0A

In the film, Eternals are an immortal alien race who have lived on Earth for more than seven thousand years.  Following the events of Avengers: Endgame, they reunite to protect humanity from their evil counterparts, the Deviants.

Kumail Nanjiani plays Kingo Sunen, an Eternal who has cosmic powers. Kingo becomes a popular Bollywood film star to blend in with humans. The hype went up a few notches after it was revealed that Kumail Nanjiani wanted his performance to be a combination of John McClane from Die Hard and the look of Bollywood heartthrob Hrithik Roshan. For the role, Kumail Nanjiani buffed himself up as well and got a lot of attention for it.

I never thought I’d be one of those people who would post a thirsty shirtless, but I’ve worked way too hard for way too long so here we are. You either die a hero, or you live long enough to see yourself become the villain. I found out a year ago I was going to be in Marvel’s Eternals and decided I wanted to transform how I looked. I would not have been able to do this if I didn’t have a full year with the best trainers and nutritionists paid for by the biggest studio in the world. I’m glad I look like this, but I also understand why I never did before. It would have been impossible without these resources and time. So big thanks to @grantrobertsfit who started working with me at the beginning of the year and made me understand true physical pain for months and months. Then, once we started shooting, a massive thanks to @davidhigginslondon and his team (@ellispartridge, @thebeardypt, @tomcheesemanfitness) for training me almost every day and making me strong, limber and injury free. I can almost touch my toes now. (And thank you for forcing me to do cheat meals David.) Matthews Street Catering for their delicious and healthy meals. And finally, the biggest thanks goes to @emilyvgordon for putting up with me complaining and talking about only working out and dieting for the last year. I promise I’ll be interesting again some day. #thirstyshirtless (Photo by @markupson.) (edit: I left off one very important person: @lancecallahan who trained me for 6 years and helped me build the foundation I could use to do this. Thank you!)

The film gets all the more exciting when you remember all the fellow stars Kumail Nanjiani will have alongside him.

Speaking to The Hollywood Reporter, Marvel president Kevin Feige noted that an LGBTQ relationship is ‘inherent’ to the film. Adding to that he said, “I think it is extremely well done, and I look forward to that level of inclusion in our future films being less of a topic.”

Other actors in the film are Salma Hayek, who plays Ajak, and Lia McHugh who stars as Sprite.

Chadwick Boseman: Celebrities mourn the loss of a real-life superhero

The most thrilling addition to the cast is perhaps Angelina Jolie, who stars as Thena. We are bracing ourselves to see her in fight scenes as her character is an Eternal who is also a fierce warrior.

Last but not the least, we have Game of Thrones’ star Kit Harington who plays the role of a human warrior wielding a mystical sword.