Our favourite female characters from dramas that are currently on-air 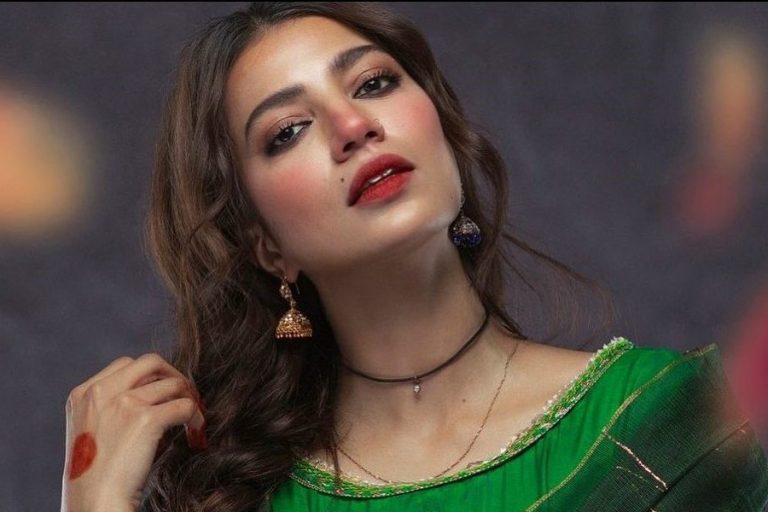 KARACHI: There are a number of strong storylines being narrated on our TV screens currently. A particularly refreshing approach which many of these dramas have taken is towards their female characters. Pakistani writers finally seem to have paid attention to their characters when finalizing a script for their drama. For a nation that is so used to witnessing women crying and being submissive on screen, it is a delight to witness strong portrayal of women, specially those that are unconventional. Here are some of our favourite female characters who are currently ruling the small screen.

This one is almost a no-brainer. Of course it was exciting for Pakistani fans to witness some of their favourites in the drama, including Sheheryar Munawar, Maya Ali and debutant HSY, but one of the characters which pleasantly surprised us was Rabia Butt as Nargis. Playing the role of Rakhshi’s (Maya Ali) stepmother, Nargis is treated as an outcast and is immediately criticized by the entire neighbourhood. However, not only does she know how to stand her ground and be confident in who she is, she also proves that she truly cares for Rakhshi, not just as a woman but as a mother. Nargis particularly won our hearts when she came to her daughter’s defence against Niggi Apa.

From the very beginning, Phaans has had a very strong stance on sexual assault. With Zara Noor playing the role of a survivor (Zeba), the lead character is not someone who stays quiet about what happened with her. She is not embarrassed by the incident (unlike many Pakistani women who are taught to stay quiet in the name of ‘sharam‘), rather she has the courage to hold her criminal accountable. Even though her own sister, aunt and fiance eventually turn against her, Zeba does not back down from her claims, and is adamant on seeking justice for herself. There is immense courage in reporting assault and Zeba proves to have it, and will not let anyone stop her from having her criminal arrested.

Shehnai is one of the more recent dramas to have gone on air. However, the drama has been quick to pick up pace and delve right into important themes. Ramsha Khan pens the role of Bakht, a young woman who many Pakistani girls can relate to. Bakht is in love with a man who is clearly not in the same boat as her while her family has had her engaged to a man she does not love. In Bakht, many of us are able to see a daughter who is viewed as a liability just because she is yet to be married, and who is made to compromise on her dreams and wishes for the sake of her parents’ happiness. However, the drama manages to highlight important issues in a light manner, and allows for much related comic relief when addressing topics such as marriage.

Also a recent project, Safar Tamam Hua touches upon the subtle nuances in life. Amidst a joint family system and certain problematic family members, one character that gets our attention is Rija. Adapting the role of an intellectually challenged individual is not easy but Maha Hassan manages to portray Rija in a way which is lovable, instead of drawing pity for the character. We are pleased to see how full of life she is as she dreams for herself and speaks up for how she wants things around her. Hassan has done a remarkable job on the acting front while it is heart touching to see the love characters like Sami (Ali Rehman Khan) and Anoushey (Madiha Imam) have for her.

Yet another powerful character from Phaans is that of Shakeela’s, Zeba’s mother. Standing up for her daughter from the very beginning, Shakeela looks past financial and social strength to seek justice for her daughter. She does not shy away from standing up against her employers and holding them accountable for what happened to her daughter. Shakeela does stumble for a brief moment but fights her way back and even files an FIR against the alleged rapist. Shakeela chooses to believe Zeba even when the rest of the family does not want to. In the mother-daughter duo, we see a ray of hope, perhaps an example that survivors and their family members in real life will choose to follow and gain strength from.