Understanding her daughter Zeba's pain without her having to say anything, Shakeela breaks the narrative that rape should go unacknowledged and unpunished 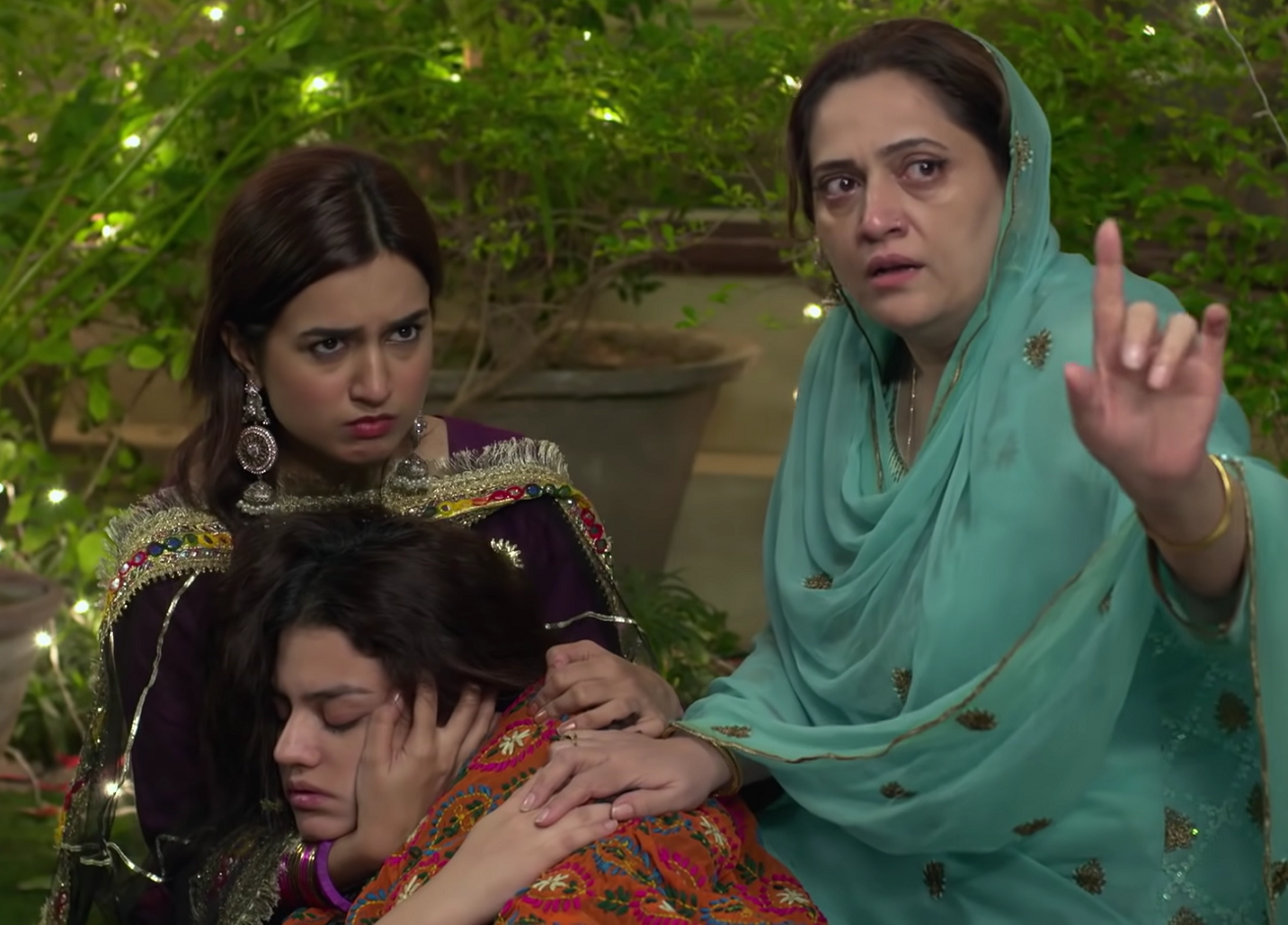 KARACHI: Local television currently has a range of storylines available for audiences, with a few dramas tackling social issues which often go unaddressed. One of the best tv dramas airing right now, Phaans stands out with its brave storyline and unique characters. A fairly new project, Phaans has managed to gather viewers’ attention in the first couple of episodes. Zara Noor plays the role of Zeba, an ambitious girl from a lower-class family who is sexually assaulted while attending a wedding at an employer’s house.

After the incident, Zeba faints in front of her family and employers but her condition speaks for itself. Without skipping a beat, Zeba’s mother, Shakeela (played by Kinza Malik) realises what has happened with her daughter, picks up a piece of cloth from Zeba’s lap which she recognises as Samad’s (played by Sami Khan) and confronts him. Shakeela’s bravery and the ability to stand against what is wrong and become her daughter’s voice is commendable at this point for not only does she immediately question what has happened, she stands up against a man who is from a much more influential background than hers. Shakeela does not care that Samad is richer than her, has more social or financial capital than her. All she knows is that her daughter has been wronged and that Samad looks like the culprit.

This is not to say that Samad has been revealed as the criminal in Phaans, for there are two other characters (that of Hashim and Siraj) who look equally guilty. But the point is not who did it but rather what happened. In a country where rape culture is so prevalent, where survivors and victims are blamed for the incident, Shakeela stands as a mother who has no plans of brushing the topic under the carpet or letting go of her daughter’s criminal. Shakeela does not care about who stands in front of her, be it her employer or her son-in-law. In fact, she is adamant about speaking the truth even when the doctor lies to her about Zeba being a patient of hysteria. Shakeela knows that her daughter was raped and there is no changing that. As Zeba lies unconscious, Shakeela assures her time and again that she will seek justice for her.

On a screen that has previously aired dramas like the Sajal Aly starrer, Chup Raho, which literally translates into staying quiet, Shakeela’s portrayal in Phaans is a ray of hope. It is a sign that perhaps our audiences are ready to hear the truth and our channels are ready to show it. Chup Raho featured a mother who told her daughter to stay quiet about being sexually abused by her brother-in-law. She was a woman who cared more about her family and its honour than the emotional and psychological turmoil that her daughter went through. Shakeela is on a different tangent. She does not shy away from the fact that someone she knows raped her daughter. So many times, it is the people we doubt the least who misbehave the most. Phaans proves that sexual abuse by family members or friends is very much a reality and someone’s relationship with us should not change our perception towards the act they commit.

Yashma Gill as Hafsa, too, takes a brave step as she breaks off her engagement with Samad the night he is accused of sexual assault. No questions asked, no second chances given. The women of Phaans show conviction in what is NOT acceptable for them and are willing to take a stand accordingly. Hopefully, that is a message that we as a nation are willing to accept and act on without always questioning the victim/survivor.