5 dramas that are ruling our TV screens

With each dealing with a unique storyline, these Pakistani dramas definitely have our attention right now 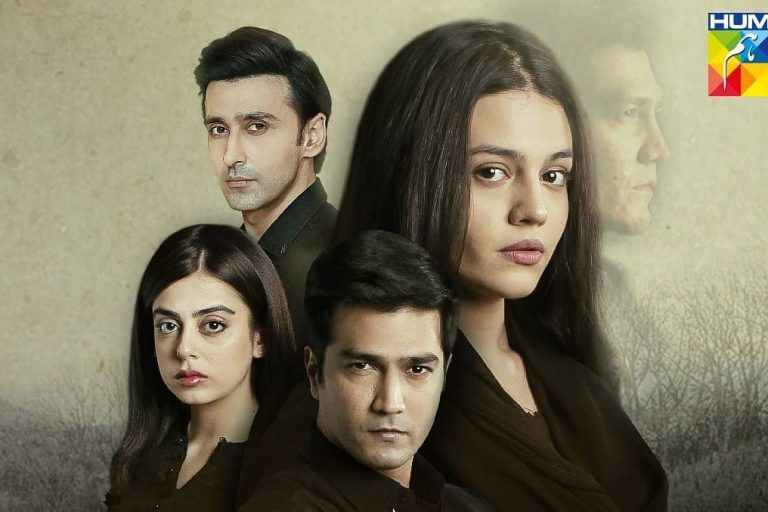 KARACHI: As 2021 started, there were a bunch of pakistani dramas that we looked forward to. Two months into the year and multiple projects released, we can definitely list down a few dramas which have caught the audiences’ attention. While some have been running for a few weeks, others have only recently been aired. Nonetheless, each drama has a unique storyline.

The most recent production to have gone on air is Phaans. Featuring Shahzad Sheikh in an unconventional role, the drama features Zara Noor Abbas, Yashma Gill and Sami Khan amongst others. Sheikh, who has not managed to make a mark in the industry yet, impresses in his portrayal of Sahil. The first mega episode hinted towards Zara Noor Abbas as Zeba being sexually assaulted. Dealing with a sensitive topic, it will be interesting to note how the drama unfolds and if Sheikh continues to perform his best as audiences gear up to watch the second episode on February 27th.

Another storyline which deals with sexual harassment but addresses a very different narrative is that of Dunk. While the team initially met with criticism for choosing to show ‘the other side’ of a sensitive issue in a country where sexual harassment is often disregarded, the drama definitely has strong performances, especially from Bilal Abbas Khan and Yasra Rizvi. In the latest episode, Amal agreed to marry her ex-fiance’s younger brother after Haider refused to marry her. Will Haider let Amal be a part of his family despite knowing the truth is something the viewers are yet to find out.

One particular reason why Dunk deserves to be appreciated is the precision of the storyline. While dramas like Nand continue to go on pointlessly even after 100 episodes, Dunk has managed to take its plot forward in only a matter of weeks. The audience does not have to sit and wonder when and if Haider will ever confront Amal about the truth, if the two of them will get married just for the sake of their families, or pretend as if nothing happened. Haider’s character is one who is very sure of his morals and is not afraid to speak up when he sees injustice happening. Neither does he keep Amal in the dark about why he broke their engagement off but continues to protect her in different ways.

Wednesday nights in Pakistan translate into the public switching channels between Dunk and Raqeeb Se. The latter has also reached an interesting point where Maqsood (Noman Ijaz) and Sakina (Hadiqa Kiani) might be getting married. Sania Saeed as Hajra, Maqsood’s first wife, continues to stun the audiences with her hospitality towards Sakina. The calmness in her nature makes one wonder if Hajra truly does not feel threatened by Sakina’s presence or if it is her helplessness that makes her adapt to the situation.

Faryal Mahmood and Iqra Aziz, both, continue to do justice to their characters. With very different temperaments and backgrounds, the two stand in complete contrast to one another. Yet, both are brave and bold in their own ways. An element of mystery is maintained through Maqsood’s character. While he has made it clear in the previous episodes about how Sakina betrayed him 20 years ago, his advice to Sakina to file for a divorce raises questions about his intentions. Is he going to listen to his elder brother and marry her, or is he simply looking out for someone that he once deeply cared about?

Marking Sheheryar Munawar’s return to TV, Pehli Si Mohabbat has a star-studded cast and a budding romance between one of the most loved on-screen couples. The drama is also HSY’s debut as an actor and to say that he has surprised viewers with his performance would be an understatement. Donning a shalwar kameez and a topi at all times, he plays the role of Akram, a conventionally religious man who has very rigid definitions of right and wrong. In complete contrast to him stands Aslam, a young man who has only recently discovered love. The dissimilarities between the brothers make for an interesting yet tense equation in the house. Their sister, Zainab (played by Uzma Hassan) recently entered the picture and from the looks of it, has a lot of secrets to spill.

Zainab is in fact, the only one who Aslam has confided into about his feelings for Rakshi, played by Maya Ali. However, Zainab’s own love story seems to have met an ill-fate as she continues to have flashbacks of her horrifying past. On the other hand, an interesting dynamic has been in place between Rakshi and her step-mother as the latter seems to have figured out what Rakshi has been trying to hide.

The drama went on air on February 12 and was one of the most anticipated projects of the season. Featuring Feroze Khan and Iqra Aziz in lead roles, the serial has many expectations to live up to, especially after the success of the previous two editions. Production-wise, Khuda Aur Mohabbat 3 is a visual treat with its grand sets and stunning locations. The episodes so far have a love story budding between Farhad and Mahi which is expected to take an intense turn as the plot progresses. Farhad’s character, especially, is an interesting one to note since he is a carefree young man who will eventually go on a journey of self-discovery and spirituality, as suggested by the title and posters. The transition will be an interesting one to note along with anticipating thr effect it is going to have on his relationship with Mahi.