Shahzad Sheikh gears up for an unconventional role

Having struggled to make a mark despite credible roles and years of experience, the actor will be seen as a mentally challenged young man in upcoming drama, Phaans 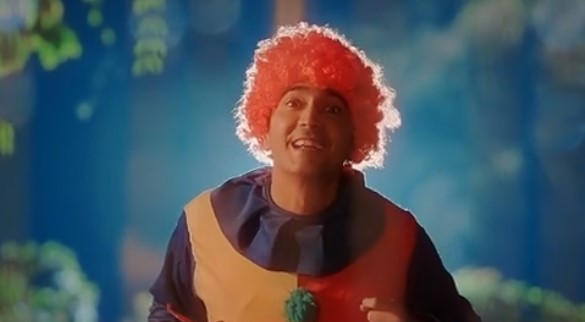 KARACHI: Shahzad Sheikh, usually referred to as Javed Sheikh’s son, has come a long way ever since he first stepped into acting. Being his father’s son must have eased his launch in the industry but he has worked really hard and been very consistent all these years. In a career that spans over almost a decade, he played numerous roles on TV but none of them put him on the map. However, in the last couple of years, he has stepped up his game with drama serials Choti Si Zindagi, Ghar Titli Ka Par, Tabeer, Khudparast, Anaa and the recently concluded Raaz e Ulfat. Most of these plays topped the rating charts too. Gearing up for a rather unconventional role, Shahzad Sheikh will be seen next in new drama Phaans.

Scheduled to go on air on February 20, the upcoming drama features him as a mentally challenged young man. Zara Noor Abbas plays opposite him while Phaans also stars Sami Khan in a prominent role.

Going by the recently released teasers, he is in love with the character essayed by Zara, while she apparently looks at him as a friend. She has faced trouble at the hands of some men and finally decides to fight back. Kind at heart and genuinely in love with her, the young man (played by Shahzad) comes to her rescue.

Speaking of the role Shahzad Sheikh plays in Phaans, it is not the first time an actor has taken this sort of risk. “With any part you play, there is a certain amount of yourself in it. There has to be, otherwise, it’s just not acting. It’s lying,” Shahzad Sheikh wrote in his recent post around the new drama. Sharing one of the teasers of the upcoming drama, his sister Momal Sheikh also expressed how happy she is to see him playing this role.

“Dear Brother! Nothing can ever stop a person who never stops believing in himself! Self-confidence is the best armour anyone can wear! Congratulations on your upcoming project 💓 May you be able to attain huge success! You’ve worked really hard for this! Its time show the world what you are capable of 🤞🏻 Good luck! All the best! I believe in you.”