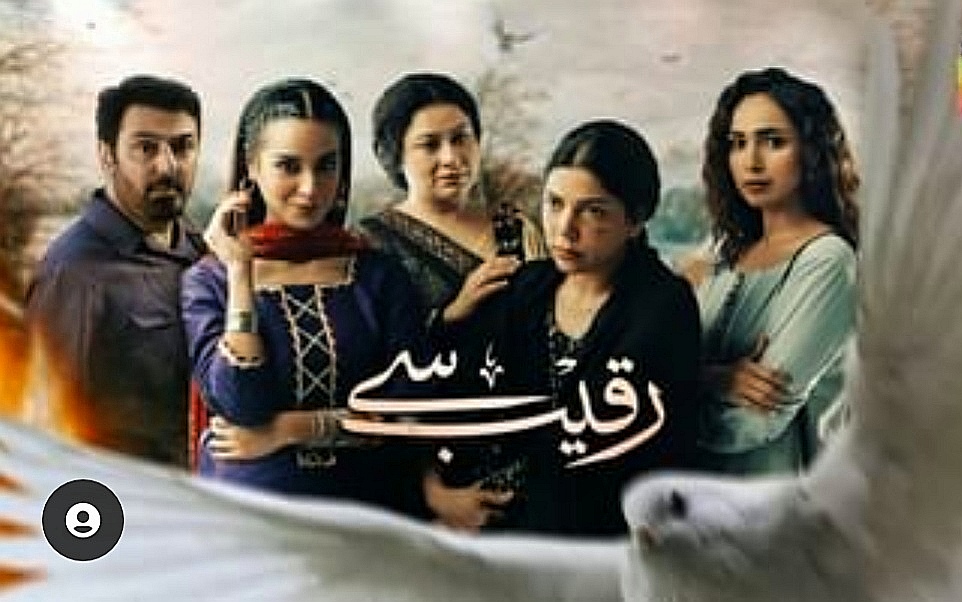 KARACHI: As we step into 2021, multiple upcoming Pakistani dramas are all set to hit our TV screens. They have been in the making for a while now but got delayed due to restrictions caused by the pandemic. However, the much-anticipated lineup is here, with recently-released intriguing teasers doing rounds on social media. Let’s take a look at what they have to offer for viewers.

Ahsan Khan, Neelam Muneer and Amar Khan starrer Qayamat is the first one to go on air this month. Launching on January 5, it will see Ahsan returning as an antagonist after his incredible performance in Udaari as Paa Imtiaz, where he played the character of someone who sexually abuses children. Now, he will be seen as an abusive husband. The teasers started coming out last month, with Neelam essaying the character of a strong woman while Amar will be seen in sharp contrast to that. Let’s wait and see what these powerhouse performers hold in store for us in the project, directed by Ali Faizan.

Marking Maya Ali and Sheheryar Munawar’s TV comeback, the highly anticipated Pehli Si Muhabbat looks very promising. Going by the teasers, one can endorse what Maya shared in a recent interview with Cutacut. It is going to be a classic love story that we haven’t seen on local TV in recent years. The two actors, who earlier shared the screen in Parey Hut Love, look commendable as they exude old school romance. The drama also marks HSY’s acting debut with ace director Anjum Shahzad at the helm of affairs.

The much-anticipated collaboration of writer Bee Gul and director Kashif Nasir finally has its first look out and we’re intrigued. The drama has an ensemble cast including Iqra Aziz, Noman Ijaz, Faryal Mehmood, Sania Saeed and Hadiqa Kiani, who is making her acting debut. The equation of four women, played by these incredibly talented actresses, with a middle-aged man Maqsood sahab (Noman Ijaz) is remarkable. “It is a complex, intense and layered love story,” the writer rightly pointed out in an earlier inteview with Cutacut.

The much-delayed third installation of acclaimed series Khuda Aur Mohabbat is also closer to its launch. The first look featuring Feroze Khan and Iqra Aziz is out and hints at a raw love story. It has been shot on a grand scale and the frames look beautiful, as the makers rightly claimed. The story revolves around the love of God over love of another human. It also features Junaid Khan and Tooba Siddiqui in key roles and we’re waiting to see their look in the upcoming drama, directed by Syed Wajahat Hussain.

Yumna Zaidi is all set to return to TV screen with Dil Na Umeed Tou Nahi after her acclaimed project Pyar Ke Sadqay last year. In an exclusive interview with Cutacut, the actress shared that it is a cause-based drama made in collaboration with Kashf Foundation, who also collaborated for Udaari. Directed by maestro Kashif Nisar, it will touch upon three plots: Human trafficking, child abuse and a young girl who wants to become a cricketer.

What makes these five upcoming Pakistani dramas different from what we’ve been watching on TV lately is that they break away from cliched plots. Most of them are love stories but there are no extramarital affairs, family politics or the usual narratives we’ve grown accustomed to watching on the small screen. Despite a conventional genre, they look refreshing because of their treatment.