Directed by Kashif Nisar, the play will be a complex love story, featuring Noman Ijaz and Sania Saeed in integral roles 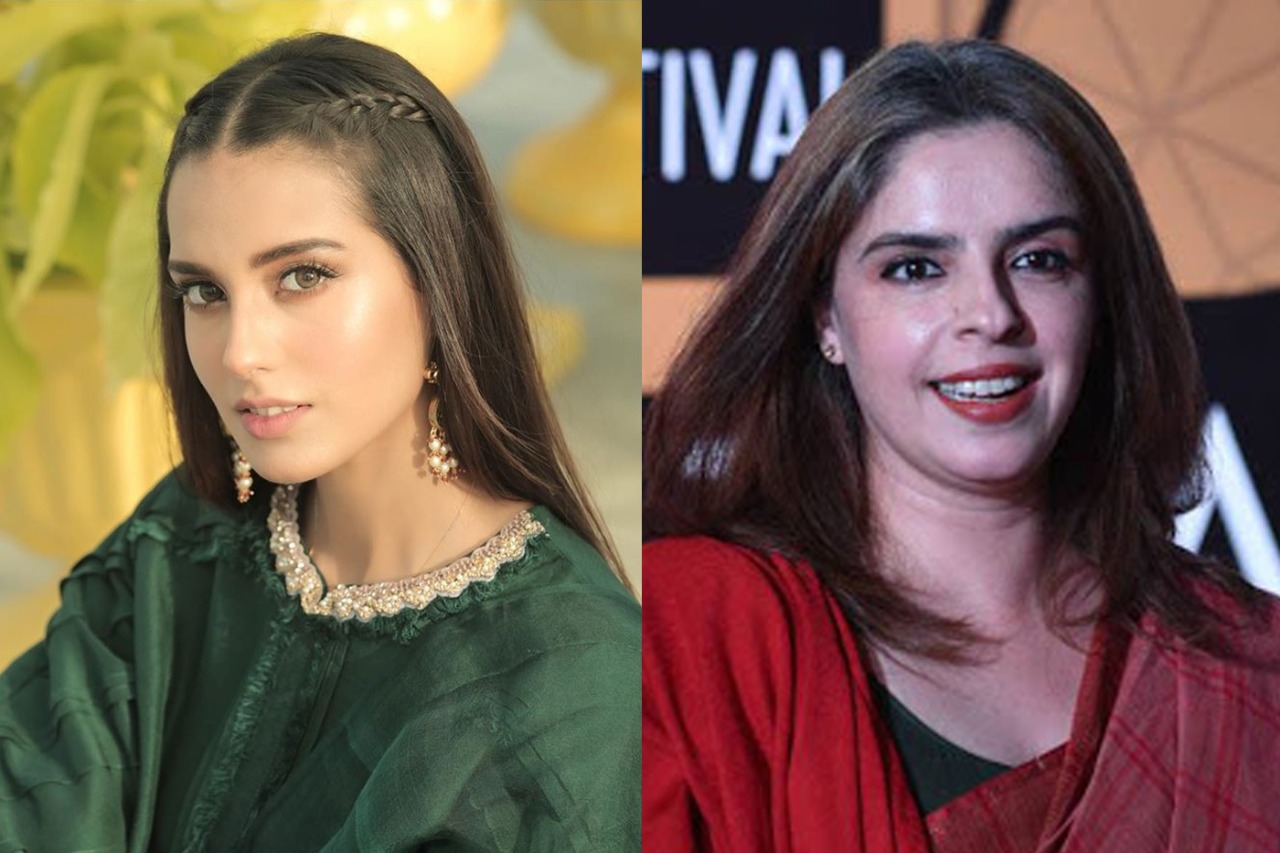 KARACHI: Iqra Aziz, who is presently starring in drama serial Kasak, signs up her next drama. The actress took to Instagram yesterday to share the news, with the picture of the script. Titled Raqeeb Se, the upcoming drama is penned by Bee Gul and directed by Kashif Nisar. It is currently on floors.

“Raqeeb Se is a very complex love story,” Bee Gul told Cutacut in an exclusive conversation. “It is about the repercussions of a love story stretched around an entire lifetime. I find the notion of ‘love’ very complicated and complex. I don’t get to understand it fully and I don’t know if anybody does. So, the way I look at it and the layers I see in it, that is what Raqeeb Se is all about.”

“I wrote a script and sent it to Kashif (Nisar), the way we did in Dar Si Jati Hai Sila,” she reflected. “Usually, Kashif and I prefer to sit together and work on it but that wasn’t the case here. I don’t plan my stories; my characters happen to me first. I take the story forward from there. Raqeeb Se was not a very thought out story. However, I was sure that now, for once, I don’t want to write on a social issue. I feel we are being too aggressive about it and that is going against the very purpose. We are overdoing it and it becomes insensitive. When I decided to exclude resolving an issue in a story, Raqeeb Se happened.”

In addition to Iqra Aziz, the upcoming drama will star the incredibly talented Noman Ijaz and Sania Saeed in pivotal roles. Prior to Raqeeb Se, the dynamic duo of playwright Bee Gul and director Kashif Nisar mesmerized viewers with Dar Si Jati Hai Sila. Featuring Yumna Zaidi, it was a very challenging script with a sensitive subject at heart. The two tackled it with finesse.

I AM HIS FAN😅……. a great story teller @kashifnisar26frames an extraordinary director 🎥🙏🏻 sufi insaan #kashifnisar#ullubarayefarokhtnahin#pinjraa#orangreza#darsijatihaisila#ranjharanjhakardi#inkaar#

“Kashif thinks Raqeeb Se is a ‘classic’ and he is able to sustain that while shooting,” Bee Gul added. “It has a very classy and nostalgic touch to it which is very rare these days. It does not have the sharpness and glamour you see on the small screen. It is a very natural play and Kashif has kept characters very close to reality. It is experimental as far as the story and its treatment are concerned. We really don’t know how it will resonate with the audience and how they’ll react to it. They might reject it right away thinking that it is very subtle.”

She furthered, “Characters are very unconventional. When Sania (Saeed) learnt about her character, she was thrilled to play it. She said she loved the layers and how the character thinks and acts. Having this cast on board and Kashif as the director, I, as an audience, am very excited to watch it onscreen.”

As far as Iqra Aziz is concerned, with Raqeeb Se, she may regain audiences’ confidence that was shaken after Jhooti. They loved her performances in Ranjha Ranjha Kardi and Suno Chanda 1 & 2. However, her recently concluded project Jhooti and ongoing drama serial Kasak failed to make an impression.